"Infrastructure in the Arctic is expanding": how new icebreakers are being built in Russia for the needs of the Navy

Five new icebreakers and three universal vessels will be built in Russia by 2033, said Andrey Efimov, deputy chief of the logistics staff of the Armed Forces of the Russian Federation. He noted that they will be used to provide all the necessary garrisons in the Far North. At the same time, up to half of such goods delivered by water pass through the Northern Sea Route. Experts note that the increase in the icebreaker fleet indicates a further strengthening of the position of the Russian Federation in the Arctic. 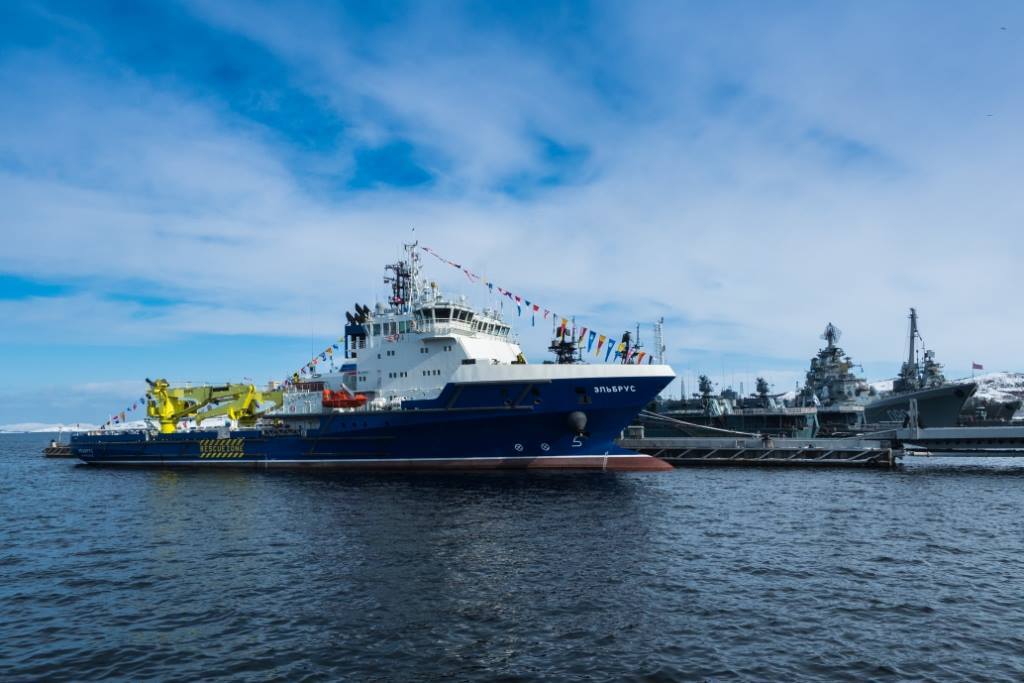 By 2033, Russia will build five new icebreakers and three multipurpose vessels to deliver military supplies to garrisons in the Far North.

This was announced by Andrey Efimov, deputy chief of the logistics staff of the Armed Forces of the Russian Federation.

“In total, the program for the development of the auxiliary fleet of the Russian Federation until 2033 plans to build five icebreakers and three universal transports with a carrying capacity of 6 thousand tons each with an increase in the ice class up to a meter.

This will significantly increase the ability of the auxiliary fleet to deliver cargo to the regions of the Far North, ”Efimov said at a roundtable in the Federation Council.

Up to half of the cargo delivered by water for the needs of the garrisons in the Far North passes through the Northern Sea Route, emphasized Andrey Efimov.

For these purposes, two sea vessels were included in the auxiliary fleet of the Russian Navy in 2017: Elbrus with a carrying capacity of up to 2 thousand tons, capable of independently navigating in ice conditions up to 80 cm of ice, and a diesel-electric icebreaker Ilya Muromets.

“After the delivery of goods, ships are actively used in the opposite direction,” the deputy chief of staff noted, explaining that they are used to remove scrap from the facilities of the Ministry of Defense.

Earlier, Deputy Prime Minister of the Russian Federation Yuri Trutnev reported that by 2030 the ice-class cargo fleet of Russia will be increased threefold.

“The ice-class cargo fleet will more than triple by 2030.

It is necessary to build more than 30 tankers, 40 bulk carriers and 22 container ships, ”Trutnev said during a report to the Federation Council.

Due to the construction of new nuclear-powered ships of project 22220, their number will increase to nine by 2026, and by 2027 the icebreaker of the Leader project will be commissioned, the Deputy Prime Minister said.

Also in 2022, a technical assignment will be developed for the design and construction of four icebreakers on liquefied natural gas, added Yuri Trutnev.

Recall that in April this year, Russian President Vladimir Putin announced that Russia is creating the most powerful icebreaker fleet in the world.

“Russia is building the world's most powerful icebreaker fleet, including such giants as Leader, which no one has ever built before,” Putin said.

According to the Russian president, progress in this area in the coming years can ensure year-round movement along the Northern Sea Route.

“In the next few years, movement along the Northern Sea Route may become year-round, and it will certainly be so,” Vladimir Putin stressed.

In 2022, it is planned to accept the new icebreaker Evpatiy Kolovrat of the modernized project 21180M into the Russian Navy.

Its construction began at the end of 2018.

Project 21180M is a development of the Project 21180 Ilya Muromets icebreaker, which became part of the Russian Navy in 2017.

The main difference between Evpatiy Kolovrat and its predecessor will be the reduced size of the hull and low draft.

Both vessels were designed at the Vympel design bureau (St. Petersburg).

Ships of project 21180 / 21180M are intended for ice escort of combat and auxiliary vessels, which ensures the basing and deployment of fleet forces in polar conditions.

Also, icebreakers are able to patrol the waters of the Arctic seas and perform the function of a tug.

“The icebreaker of project 21180 is a new generation vessel with new principles of electric propulsion and a modern power plant.

Evpatiy Kolovrat, like its predecessor, will be equipped with the Zaliv-LK-21180 system.

The Commander-in-Chief of the Russian Navy, Admiral Nikolai Evmenov, commenting on the construction of the Evpatiya Kolovrat, noted that the command is directly involved in the development of the icebreaker fleet.

"The main command of the Navy closely cooperates in the development of the icebreaker fleet with design organizations and enterprises of the United Shipbuilding Corporation, and also performs the function of military scientific support at the design and construction stage of ice-class ships and vessels in the interests of the Russian Navy," Evmenova quotes. site of the Ministry of Defense of the Russian Federation.

In an interview with RT, Dmitry Litovkin, editor of the newspaper Nezavisimoye Voennoye Obozreniye, noted that the expansion of the fleet of icebreakers for military and civilian needs is a logical consequence of the recognition of the Northern Sea Route as a strategically important transport artery for Russia.

“Ensuring the security of this route presupposes the creation of military bases along its entire length, including the deployment of rapid reaction forces.

But it can operate all year round only if there is an icebreaker fleet that can ensure the passage of warships, including supply ships, ”said the military expert.

In the army, there is still such a concept as "northern delivery", when food supplies are delivered to the military units of the Far North in August and September, Dmitry Litovkin explained.

"But if we are talking about the year-round use of this route, then the Ministry of Defense must have the appropriate ships, vessels that could provide this," added the interlocutor of RT.

The leadership in the development of the Arctic undoubtedly belongs to the Russian Federation, Litovkin emphasized.

“The Arctic has been mastered by us for several centuries, from the Pomors to Admiral Kolchak.

This development continued under the USSR as well.

Today the Arctic is of particular interest, since the routes from Asia to Europe are unsafe - they pass through the zone where pirates operate and it is very difficult to ensure the safety of navigation, ”the expert noted.

The advantages of the Northern Sea Route are obvious, says Dmitry Litovkin.

"The Northern Sea Route shortens the time for transporting goods from Asia to Europe by several weeks and is fully controlled by Russia. The Armed Forces of the Russian Federation fully control security in this region," Litovkin said.

According to the editor-in-chief of the National Defense magazine Igor Korotchenko, with the increase in Russia's contribution to the development of the Arctic, both civilian and military components appear in this direction.

“The icebreaker fleet is one of the elements to ensure the delivery of cargo and fuel and lubricants to Russian military bases.

Russia is strengthening its position in the Arctic.

Of course, the possibility of expanding the time frame for the transportation of goods in the difficult conditions of the Arctic will have a positive effect on our capabilities in the region, ”the expert emphasized.

The construction of icebreakers is due to the fact that Russia seeks to strengthen its position in the region, Igor Korotchenko added.

“The infrastructure of Russia in the Arctic is expanding, new bases are emerging.

The network of bases for year-round use is expanding.

This is all a consequence of the fact that the Arctic is the most important region in terms of resources for the next 150-200 years, "the interlocutor of RT summed up.