Parents in China kidnap their children for custody

Several men and women wrestled Ms. Wang Jiana, threw her to the ground, then grabbed her legs and shoulders, took her six-month-old baby by the arms and ran away. A surveillance camera captured everything; But there was little Gianna could do, the person who led the operation 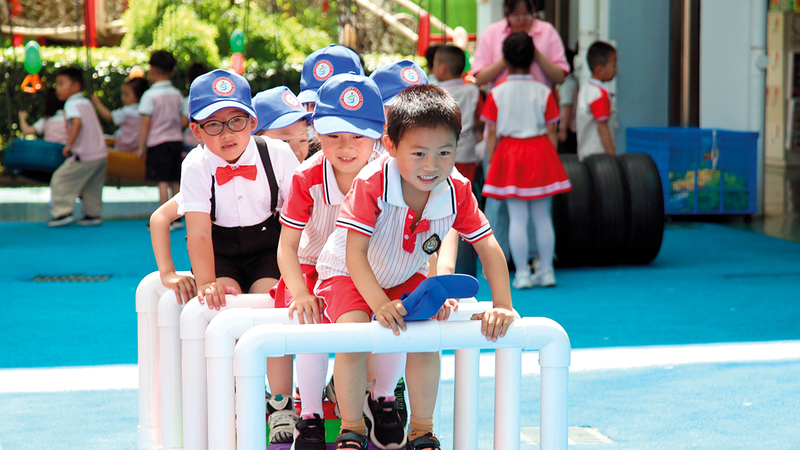 Parents in China kidnap their children for custody

Several men and women wrestled Ms. Wang Jiana, threw her to the ground, then grabbed her legs and shoulders, took her six-month-old baby by the arms and ran away.

A surveillance camera captured everything;

But there was little Gianna could do. The person who led the kidnapping in the street outside her mother's house was the baby's father.

Police in the northern Chinese city of Tianjin refused to intervene, according to Giana, saying that no parent can kidnap their child.

The court then granted custody of the husband, citing the need to keep the child in "familiar surroundings".

That day, in January 2017, was the last time Gianna saw her daughter in person.

"I feel very wronged, and although the kidnapping is unreasonable and unjustified, the court still supports it," said the 36-year-old mother.

Custody battles can be bittersweet anywhere in the world.

Judges often keep children in their current living environment, saying it is best for their welfare.

But that creates a perverse incentive for parents who are going through a rough patch when their children are kidnapped and hidden to win sole custody.

Nine months after Gianna's daughter was kidnapped, police in Tianjin admitted in a final report that her husband, Liu Zhongmin, injured his wife and mother during "a physical dispute over a child," according to a copy of the report seen by The New York Times.

Police ordered Min to serve a 10-day administrative detention period and pay a $75 fine for bodily harming his wife, but officers did not blame him for taking the child.

Maine could not be reached for comment. His lawyer and one of the people allegedly involved in the kidnapping of the child hung up the phone when asked to comment. For decades, Chinese law did not criminalize parents for kidnapping and hiding their children. The problem became more prevalent with the steadily rising rate of divorce in the country. Most divorces in China are settled amicably, which may lead to custody-sharing agreements. But for the couples who go to court, things often end in the kidnapper's favour.

In June, the government sought to address the problem by banning kidnappings for custody purposes. Activists welcomed the law, but said it was too early to tell if it would make a difference. An estimated 80,000 children were abducted in the country and hidden for custody purposes in 2019, according to a report by prominent family lawyer and former judge Zhang Jing, citing figures from China's Supreme Court. Many say the numbers are probably higher. The judge, who works in the southern Chinese city of Guangzhou, told state media in 2019 that more than half of the disputed divorce cases she handled relate to child abduction for custody purposes.

Most of the time, the parents are behind the kidnappings.

And Jing found that men were responsible in more than 60% of such cases.

The kidnappings mostly involved males under the age of six, reflecting China's traditional focus on boys as bearers of the family name.

"It's almost become a game, and everyone who has physical custody has legal custody," said Dai Xiaoli, who founded Purple Ribbon, a social group, after losing a custody battle to her ex-husband.

In some cases, the abduction of children in an attempt to obtain custody is part of a broader pattern of domestic violence. Official statistics indicate that about one in three families suffer from domestic violence. Gianna, a mother whose daughter was kidnapped by her husband, said the violence against her began in 2016, when she was five months pregnant with daughter Jiayi. She and her husband lived together; However, they did not officially register their marriage. She said that a month after the birth of their daughter, her husband beat her, after she asked him to bring a diaper for the baby.

Court documents confirmed that Gianna told the judge that her husband (Main) often quarreled with her “over petty matters, even beating and insulting her.” The documents show that Min refused his wife's request for custody. The latter said the violence lasted for months until she could no longer stand the abuse. She said that at her request, her parents took her with her daughter to live with her parents. She said her husband showed up once to try to take the baby, but left after the police arrived. And she didn't see him for a month, after that. The next time, Gianna said, he asked people to help him grab the baby. The wife appealed the ruling when the judge granted full custody of the husband, but the appeals judge upheld the ruling, according to court documents.

Custody disputes have recently become a major issue in China.

Traditionally, a woman seeking a divorce was expected to relinquish custody of her children.

But this has changed over the years, as women, in China, have gained more financial stability and independence.

On paper, Chinese law is tilted slightly in favor of women.

In cases where the child is two years old or younger, mothers are usually given exclusive custody.

But in practice, judges can be swayed by institutional and informal considerations, which experts say often give men an advantage.

For example, men have access to more financial resources and property, which allows them to make a stronger claim for custody.

Soon after he took his daughter, Wang Jiana's husband cut off all communication.

Over the past year, Gianna persuaded the court to force him to hand over the photos of their daughter.

A little girl is shown with piles of colorful toys.

But the little girl's face was blurred;

It is a strategy, Gianna believes, devised by her ex-husband to prevent her one day from getting to know their daughter and trying to get her back.

Four years later, she still dreams of being reunited with the daughter she once lived with.

"I try to save her in my dreams, as I try to find her," Gianna said, "but her face is blurred, and I have no idea what she looks like."

loopholes in the law

Although the details and circumstances of kidnapping cases are different, the outcome is often the same.

According to attorney Zhang Jing, who has dealt with many cases of this nature, the kidnapper takes the child and then hides it, usually with the help of parents or family members.

The other parent, usually the mother, is prevented from seeing their child;

Often, they don't even know where the child is.

Activists say that in some cases, the kidnapper continues to hide the child long after he has obtained custody.

Activists and mothers say legal battles can be fruitless, unless the child is abused or in danger, and it may be impossible to regain custody.

The other parent may be granted visitation rights;

But this, too, is difficult to implement.

Often, the kidnappers are not subjected to any legal action.

In at least half of the divorce disputes involving child custody, Qin Haiyi, head of the Juvenile and Family Division of the Guangzhou Provincial Court of Guangdong, said in a 2019 state report that "parents hide children for various reasons."

Experts say the crux of the problem is China's legal system, which tends to favor the kidnapper and leaves few avenues of help for his partner.

“The law itself seems very neutral, but many of the things behind it are not equal,” said He Shen, a law professor at the University of Hong Kong. “Women often lose out.” When Chinese national Cindy Huang began considering divorce in 2014, her lawyers gave her this advice: "Take your child and hide it first." Huang refused, believing that there was no need to take drastic action to protect her right to raise her child. She said that shortly after filing for divorce, her husband took their son. She remembered that while the judge was sympathetic, in one of the hearings, he told her there was not much he could do. "The judge told me very clearly, 'There is no way to get your child back from his father, so we can't give you custody,'" said Huang, 43. After an unsuccessful appeal, in 2016, Mrs. Huang was allowed to see her son, in a café. Twice a month, at meetings closely supervised by her ex-husband.The Chinese mother said she wished she had followed the advice of lawyers, "I wondered how the law could grant custody to the father who kidnapped the child first?", continuing, "I was an idiot."

60% of kidnappings were caused by men.

• Traditionally, a woman seeking divorce was expected to give up custody of her children.