Jimmie Åkesson (SD) about the shootings in Gävle: "We must lock in those who shoot"

Recently, there have been several shootings in Gävle. The Sweden Democrats' party leader Jimmie Åkesson says that it should be forbidden to belong to a criminal organization. - Basically, we have to lock in those who shoot, says Jimmie Åkesson (SD). 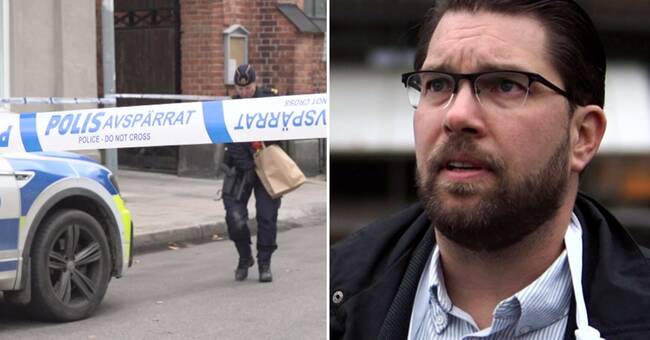 On Tuesday at lunchtime, a shooting occurred in central Gävle and one person was taken to hospital with gunshot wounds.

A man has been arrested on suspicion of attempted murder.

The Sweden Democrats' party leader Jimmie Åkesson was in Gävle on Tuesday night and met voters.

SVT Gävleborg asked what he wants to do to overcome the shootings that take place in the county and in the country.

That is what the municipality can do, says Jimmie Åkesson (SD).