Exceeds the indicators of foreign vaccines: the effectiveness of "Sputnik Light" against the "delta" strain has been determined

The single-component vaccine "Sputnik Light" demonstrates efficacy against the delta coronavirus strain at a level that exceeds the indicators of foreign two-component drugs, the RDIF reported. The effectiveness of "Sputnik Light" against the "delta" strain is 70% within three months after vaccination, the developers specified. According to the general director of the RDIF Kirill Dmitriev, the studies carried out indicate that Sputnik Light is one of the best vaccines against coronavirus. 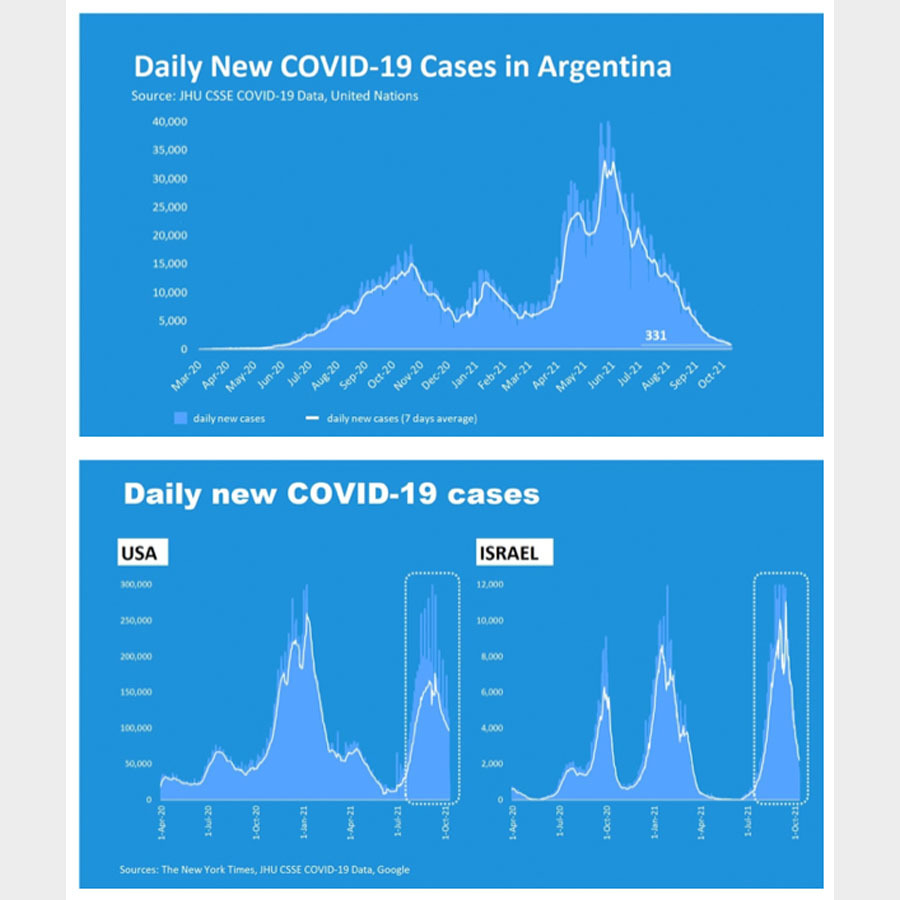 The Russian Direct Investment Fund and the Gamaleya National Research Center for Epidemiology and Microbiology announced the results of an analysis of the effectiveness of vaccination with a single-component drug "Sputnik Light" against the coronavirus strain "delta".

As follows from the data presented, the effective protection of the Sputnik Light drug against the delta strain within three months after vaccination was at the level of 70%, and in the age group up to 60 years, the vaccine efficiency exceeded 75%.

This analysis was made on the basis of data from 28 thousand people who were vaccinated once with Sputnik Light.

“The effectiveness indicators of Sputnik Light against the Delta variant exceed those of a number of foreign two-component vaccines, which demonstrate a significant decrease in effectiveness to less than 50% five months after vaccination.

The effectiveness of vaccination with Sputnik Light against severe cases and hospitalization is even higher, ”the press release says.

We are talking, in particular, about the Pfizer vaccine, whose effectiveness against the delta strain drops to 47% within five months after vaccination.

It is emphasized that in Israel and the United States, where the main emphasis is on this drug, there was a sharp surge in the incidence, while in Argentina the use of Sputnik Light led to a decrease in the number of new cases per day.

It is noted that this article has been submitted to MedRxiv, a portal of preprints for scientific articles in the field of medicine, for publication this week.

"Sputnik Light" is registered in more than 15 countries, in another 30 countries the drug is in the process of registration.

RDIF has already reached an agreement on vaccine production with its international partners in more than 10 countries, including the world's largest vaccine manufacturer, the Indian Serum Institute of India.

“The indicators of the effectiveness of the single-component vaccine Sputnik Light against the Delta variant of coronavirus significantly exceed those of a number of other drugs.

Data from the Center.

Gamaleas, as well as studies around the world, confirm that today the Sputnik Light vaccine is one of the best drugs against coronavirus, "said Kirill Dmitriev, RDIF CEO.

He stressed that the drug is safe and highly effective both when used alone and in combination with other vaccines.

"Sputnik Light" provides flexibility of immunization regimes for the population both for the formation of primary immunity and effective revaccination of persons previously vaccinated with drugs from other manufacturers.

Thus, taking into account its high safety and efficiency, Sputnik Light can become the best universal booster, ”he stated.

In turn, the director of the National Research Center for Epidemiology and Microbiology named after N.F.

Gamalei Alexander Gintsburg during a press conference called "Sputnik Light" a very promising drug that can be used as a booster dose for any vaccine widely used in the world.

“Regular, every six months, apparently, boosting in the fight against such an unusual and malicious pathogen, which is COVID-19 in the“ delta ”variant, to the fore, and brings forward the need to have a drug that can be used specifically to boost the existing immunity ", - he said, referring to" Satellite Light ".

In Russia, for the second day in a row, the maximum daily mortality rate from coronavirus infection is updated - 984 deaths.

Over the past day, 28,717 cases of coronavirus have been detected in the Russian Federation, 21,801 people have fully recovered.

Russian Minister of Health Mikhail Murashko said that more than 51 million people have already been vaccinated with the first component of vaccines against coronavirus in the country.

In addition, President Vladimir Putin, speaking at a meeting of the Russian Energy Week international forum, said that he avoided the coronavirus due to the Sputnik V vaccine.

“I had a case when I could get infected by communicating with my closest employees, who, unfortunately, got sick, but this did not happen due to the protection provided by our SputnikV vaccine,” Putin said, answering a question about , whether he is afraid of contracting a coronavirus infection while traveling.

The head of state added that the matter is not in his health, but in the health of more than a hundred people who accompany him - employees of the press service, security, protocol and others.

“This is a large number of people who endanger their health.

In this regard, there is something to think about, ”the president explained.

Preferential program for the elderly in Moscow

Elderly residents of Moscow who have undergone vaccination or revaccination against coronavirus infection by the end of the year can receive a monetary compensation in the amount of 10 thousand rubles instead of “Taking care of health” gift sets.

This was stated by Moscow Mayor Sergei Sobyanin.

To date, gift sets have been received by more than 240 thousand of the capital's pensioners.

The kit contains items necessary to maintain health and well-being, especially during periods of viral infections.

“From October 12, 2021, instead of gift sets, those who wish will be able to receive a compensation payment in the amount of 10 thousand rubles.

To do this, you must submit an application to any city center of social services.

You need to take a passport, a certificate of vaccination and a certificate for a gift set with you, "- said in a statement on the official website of the Mayor of Moscow