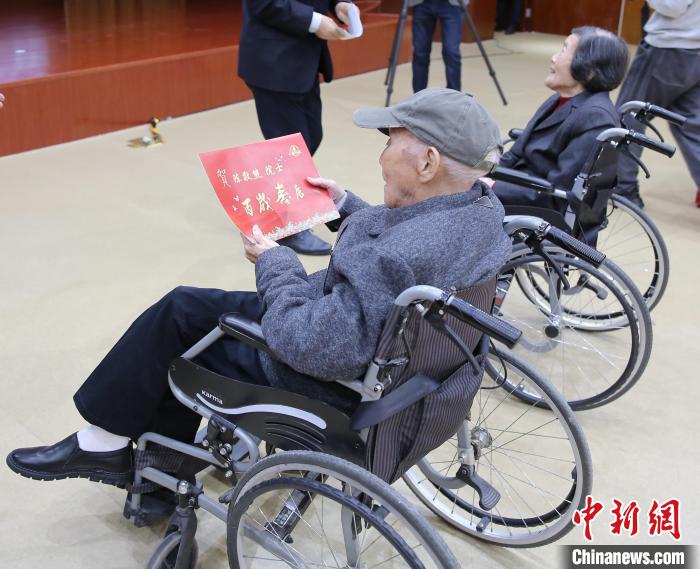 On the 13th, academician Chen Jingxiong's scientific life symposium was on site.

Solve the problem of antenna orientation during the War to Resist US Aggression and Aid Korea, and buy precious time for the Chinese People’s Volunteers to pass on military information; design the "Dongfeng No. 1" missile antenna to install "eyes" for the missile; take the lead in overcoming the development of the "Hongqi No. 1" guidance station and take the lead Responsibility to defend the airspace of the motherland... His footprints tell of the original intention of the older generation of scientists and scientific research to help the country's development.

He is Chen Jingxiong, an academician of the Chinese Academy of Engineering, an expert in electromagnetic field theory and antenna technology in my country, and a major pioneer in antenna theory and guided radar antenna design.

On the 13th, Academician Chen Jingxiong's Symposium on Life in Science was held at the Second Academy of Aerospace Science and Technology of China.

At 11 o'clock in the morning, Chen Jingxiong and his lover came to the forum together, and the audience gave a warm applause.

Chen Jingxiong, an academician of the Chinese Academy of Engineering, an expert in electromagnetic field theory and antenna technology in my country, and a major pioneer in antenna theory and guided radar antenna design.

He is the fourth academician to celebrate its 100th birthday among the 888 academicians of the Chinese Academy of Engineering.

A hundred-year-old life, seventy years of communications research, sixty years of aerospace industry, dedicated his life to the modernization of China's national defense.

Not long after working, he received a task to study the problem of military communication antennas.

Communication is the lifeline of troops.

In the National Day movie "Changjin Lake", when the volunteers to resist US aggression and aid Korea faced a crisis, they were the first to protect radio communication equipment and compilers.

In those days, when volunteer soldiers used walkie-talkies in the tunnel to report on the battlefield situation, they found that the distance of the antenna from the ground would affect the signal effect.

However, the soldiers do not understand the principle and can only adjust the antenna direction based on experience, which sometimes delays the transmission of battlefield intelligence.

After repeated calculations and analysis, Chen Jingxiong realized that this phenomenon is mainly ground wave propagation.

Since then, he established the electromagnetic radiation model of the short-wave antenna in his research, explaining this problem theoretically.

In order to prove the accuracy of the inference in the electromagnetic radiation model, he led the team members to carry dozens of kilograms of communication equipment and repeatedly experimented in the simulated tunnel.

The hard work pays off, the test is successful!

Chen Jingxiong's research results "bloom and bear fruit" on the battlefield, and have won precious time for the volunteers to smash the enemy.

On November 16, 1957, the central government approved the establishment of the Second Branch of the Fifth Academy of the Ministry of National Defense. Chen Jingxiong began to engage in aerospace research in the Second Branch and became the first generation of astronauts in China.

As soon as he entered the space flight, he ushered in a major project to study the "1059" missile antenna.

The "1059" is the first generation of domestically-made missiles based on the Soviet "P-2" missile as the prototype combined with the actual domestic imitation, which is later known as the "Dongfeng One".

The missile antenna developed by Chen Jingxiong is the "eye" and "baton" of the missile.

The drawings provided by the Soviet side were incomplete, and they were tight-lipped about key technical issues.

Chen Jingxiong led the team to be self-reliant, understand the design principles of missile antennas, and develop them by themselves.

He pioneered the direct solution method of Maxwell's equations, which provided a theoretical basis for the successful antenna design of missiles and broke the theoretical limitation of the Soviet experts on antenna design.

This has also become one of the models of independent innovation by scientific and technological workers in the new China.

Today, Wang Keli, former secretary of the Party Committee of the Second Academy of Aerospace Science and Technology, shared at the symposium, “Academician Chen Jingxiong was the leader when I first joined the work. He patiently taught me the theory of electromagnetic waves by the experimental platform and demonstrated Maxwell on the draft paper. The equation has impressed me all my life."

While developing the "1059" missile, the state also launched another copy of the surface-to-air missile code-named "543", which is the "Hongqi No. 1".

However, the problem of errors in the missile antenna has not been resolved.

After receiving the instructions, Chen Jingxiong came to Xi'an 786 Factory and began to tackle key problems.

A room of about 8 square meters, 3 simple tables and chairs.

From summer to winter, the test team repeated tests on the hills in the countryside.

It took more than half a year. One night in January 1966, the antenna that had undergone "treatment" proved that Chen Jingxiong and the research team's modification plan was completely correct, and key problems were solved.

Chen Jingxiong has overcome a problem that has plagued astronauts for many years, and the performance of domestic antennas surpasses that of the same type of antennas abroad.

Since then, the "Hongqi No. 1" has been equipped with troops to strengthen our country's air defense force.

Because of the development of key antenna technologies for the "Hongqi-1" and other ground-to-air missile guidance stations, in 1987, Chen Jingxiong won the first prize of the National Invention.

Zhong Shan, an academician of the Chinese Academy of Engineering and an expert in guidance systems engineering, is Chen Jingxiong's old colleague.

At the symposium, he said excitedly, “As an old comrade-in-arms and friend of Academician Chen, I respect him very much.” With Academician Chen as the leader, he formed a team capable of fighting and developing under difficult conditions. It has produced high-tech achievements and made an indelible contribution to China's national defense modernization.

Together with the party, spreading sparks and cultivating newcomers

While continuously exploring the cause of national defense science and technology, he also actively moved closer to the party organization.

In 1954, Chen Jingxiong submitted an application for joining the party to the party organization for the first time.

He wrote: "The old society was poor and backward, and people were bullied. The reason was that science and technology were too backward. All material civilization, including airplanes and artillery, was developed by technology. If China is to become prosperous and strong, it must have advanced science. Technology as a prerequisite."

In 1979, the party branch approved Chen Jingxiong's application to join the party and agreed to admit him as a candidate for the party.

The road to joining the party along with scientific research has ushered in the dawn.

The resolution of the branch assembly stated: "I hope Comrade Chen Jingxiong will go deep into the front line after joining the party and make more contributions with his technical expertise." In the subsequent scientific research work, Chen Jingxiong has never broken his promise.

He goes deep into the front line, cultivates talents, and continuously spreads the spark of science and technology for the development of the aerospace industry.

It is Chen Jingxiong's long-cherished wish to allow young people to make progress faster, and to raise the banner of the aerospace industry.

"Mr. Chen asked me to translate the theory into English and derive the formula. He was in his seventies and pushed me through such a complicated formula from beginning to end."

Hundred-year salaries are often continued, and the scientific spirit will last forever.

Everyone said that they should follow the example of academician Chen Jingxiong and other older generations of aerospace personnel, inherit the spirit of science, have the courage to overcome difficulties and obstacles, and climb the summit of aerospace science and technology, so as to contribute wisdom and strength to building a powerful aerospace country.

"I have witnessed the first 100 years of the party this year, and I will continue to watch the development of the cause of the motherland and the aerospace industry in the future." (End)