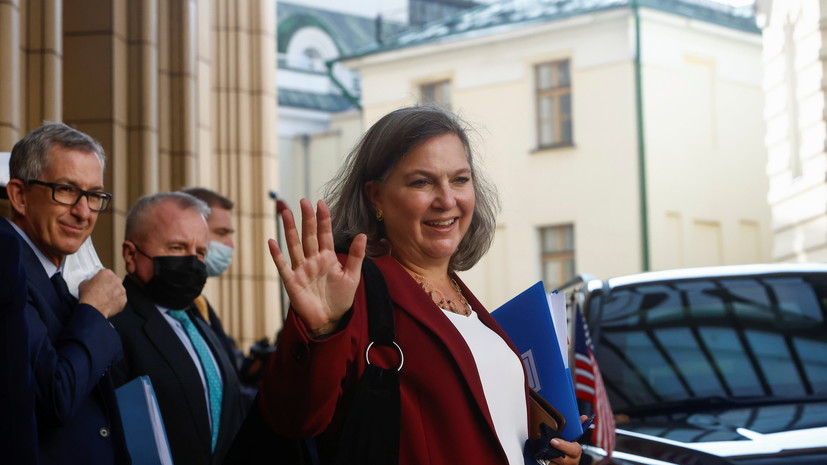 "I believe that being there (in Russia.

Also, a spokesman for the White House recommended that journalists contact the State Department regarding the issue of Nuland negotiations in Russia.

At the Russian Foreign Ministry, following the talks, Russian Deputy Foreign Minister Sergei Ryabkov and Nuland said that the Russian side had offered the United States to remove all restrictions on the functioning of the diplomatic missions of the two countries.