(Biodiversity Conference) The global biodiversity restoration path presents "diversification"   China News Service, Kunming, October 13th (Reporter Miao Chao) The 15th Conference of the Parties to the Convention on Biological Diversity (COP15) in Kunming, China, held the "High-level Meeting·Ministerial Parallel Roundtable" on the evening of the 12th. Meeting I". Representatives from dozens of cou 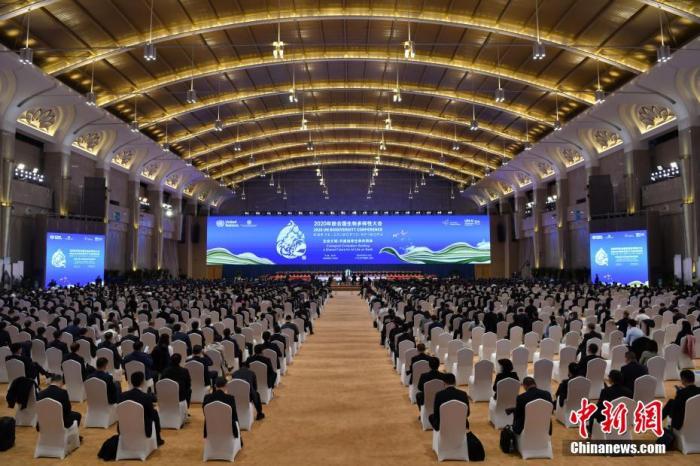 China News Service, Kunming, October 13th (Reporter Miao Chao) The 15th Conference of the Parties to the Convention on Biological Diversity (COP15) in Kunming, China, held the "High-level Meeting·Ministerial Parallel Roundtable" on the evening of the 12th. Meeting I".

Representatives from dozens of countries and international organizations shared their experiences and practices around the "Road to Biodiversity Restoration", and the path to global biodiversity restoration showed "diversity".

Academician Wei Fuwen of the Institute of Zoology, Chinese Academy of Sciences introduced that China is using the idea of ​​ecological civilization to guide biodiversity conservation and biological ecosystem restoration, innovatively combining biodiversity conservation with territorial and spatial planning, and promoting the implementation of a red line system for ecological protection. The system of nature reserves with national parks as the main body promotes the comprehensive management of mountains, water, forests, fields, lakes, grasses, and sand, and provides institutional guarantees for the restoration of biodiversity.

It has achieved world-renowned results in many aspects such as the protection of endangered species and the restoration of ecosystems. This has contributed to the international community's response to corresponding challenges and contributed Chinese wisdom and Chinese solutions.

On October 12, the Fifteenth Conference of the Parties Leaders Summit of the Convention on Biological Diversity was held in Kunming, Yunnan by a combination of online and offline methods.

New Zealand is a country surrounded by oceans and has always placed the protection of nature at the core of the country's development.

New Zealand Minister of Conservation Kirtapu Allan said that New Zealand has planned a number of related projects to protect nature and invested US$1.2 billion in them.

New Zealand’s innovative approach in protecting biodiversity is to involve local indigenous peoples, who can use their traditional natural knowledge to better protect biodiversity.

In his speech, Sussan Ley, Minister of the Australian Department of Environment, said that two years ago, Australia had a large forest fire with very serious impact, which made the Australian people very concerned about the restoration of biodiversity.

To this end, Australia has taken concrete measures and invested heavily in efforts to promote the restoration of biodiversity in the disaster-stricken areas.

On October 12, during the first phase of the fifteenth meeting of the Conference of the Parties to the Convention on Biological Diversity (COP15), the envoys of Namibia, Iceland, Norway, Slovenia, Bangladesh, Canada, Argentina and other countries to China went to China Visit and exchange at the Yunnan Provincial Museum.

The picture shows the restoring scene of the envoys visiting the Beiqiu ruins.

Similar to Australia, Chile, a South American country, has also embarked on the road of establishing national parks to restore biodiversity.

Chilean Environment Minister Carolina Schmidt said that Chile has formulated a long-term national strategy for biodiversity and climate change. It has established national parks along the coast and national wetlands on land to restore biodiversity.

The African country Uganda pays more attention to the protection of endangered species within its territory and has embarked on the path of judicial restoration of biodiversity.

Beatrice Anywar, Minister of State of Uganda's Ministry of Environment, stated that Uganda attaches great importance to legislation to protect biodiversity and the government has amended laws related to wildlife protection.

It is worth mentioning that Uganda has laws and regulations specifically for the protection of species such as gorillas, elephants, and giraffes, and they have been implemented.

Although most countries in the world are trying to restore biodiversity in various ways, the representatives of the participating countries all realized that the 20 global goals for protecting species and the ecological environment that were drafted in 2010 and originally scheduled to be achieved in 2020 are overwhelmingly Unable to reach.

They agreed that COP15 is a critical moment, and more actions must be taken in the next 10 years to prevent and reverse the loss of biodiversity, and let biodiversity be restored by 2030 at the latest.