The General Court of Justice of the EU has dismissed the appeal filed last year by Oriol Junqueras against the decision of the European Parliament to choose as ... 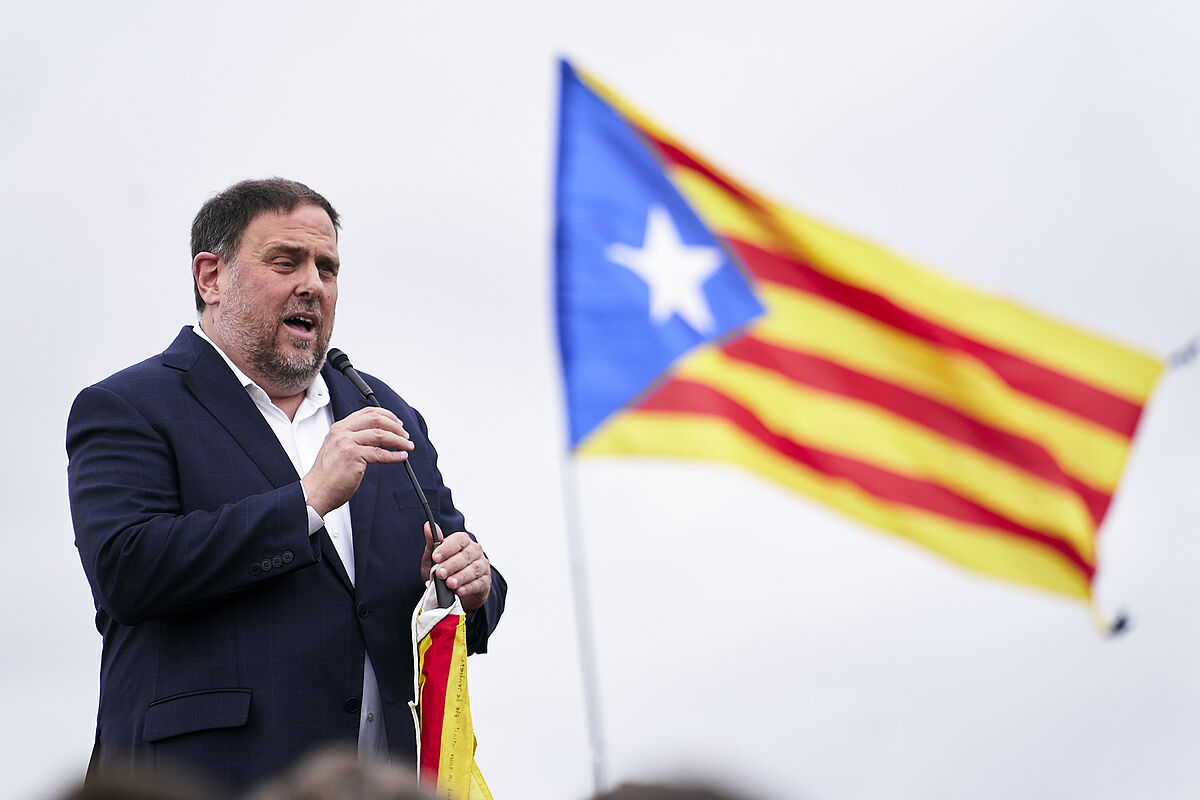 The General Court of Justice of the EU has dismissed the appeal filed last year by Oriol Junqueras against the decision of the European Parliament to elect Jordi Solé as MEP after declaring the seat of the ERC leader vacant after his conviction. Junqueras was elected in the European elections of May 2019, as Carles Puigdemont, Toni Comín or Clara Ponsatí, but unlike them he did not leave Spain, he was arrested and sentenced, and he never took his place in the European Parliament.

In December 2019, the CJEU made a controversial decision in which it considered that the four should have enjoyed parliamentary immunity and their seat from the moment of the vote counting, and not from the collection of the act, as the Spanish authorities and the own Parliament. But he also pointed out that, unlike the other three, having been convicted in Spain the situation was different. After 'losing' the seat in favor of his colleague Solé, Junqueras appealed, but the General Court, in an order decided last week but communicated this afternoon, has rejected the claim.

In its order, the General Court declared inadmissible the independentist leader's appeal "for lacking active standing", as he was not the recipient of said act and considering that "it had no effect on his legal situation, that is, it did not directly affect him. . "In this regard, it should be noted that the plaintiff's argument is based exclusively on purely hypothetical postulates," says the text. "Also, even assuming that the Court annulled the act by which Parliament took note of the vacancy of the seat of the plaintiff, he has not shown, not even alleged, that the competent Spanish authorities are, therefore, automatically obliged to reinstate him in his capacity as European MEP in place of Mr Solé i Ferrando ", he adds.

The order is clear both in the legal part and the admissibility as in the interpretations of the facts wielded by Junqueras on the decisions of the European Parliament and the Spanish Central Electoral Board. "The plaintiff's allegation that, in essence, Parliament considered insufficient the proclamation, by means of the agreement of January 3, 2020 of the Central Electoral Board, of the election of Mr. Solé i Ferrando because, in In the plenary session of January 13, 2020, the President of the Parliament asked the competent Spanish authorities to appoint a substitute for the plaintiff. Indeed, this allegation does not allow to demonstrate the direct involvement of the plaintiff and is, therefore, inoperative. Furthermore, this allegation lacks factual basis,since neither the recording of the Parliament session of January 13, 2020 nor its minutes shows that the President of Parliament made such a request, "it can be read.

The decision has several parts, all of which run counter to the line of defense. "Fourthly, the plaintiff argues that, by recognizing Mr. Solé i Ferrando the status of European deputy on the basis of the judgment of December 19, 2019," the aforementioned sentence that served for the four to be recognized as deputies since the elections, "even though, by means of the agreement of 23 January 2020, the Central Electoral Board had declared its seat vacant, the Parliament took a real decision. According to the applicant, by acting in this way, the Parliament proceeded in a contrary to what the competent Spanish authorities had decided and found that the cause of the vacancy of the seat of Mr. Solé i Ferrando violated Union law ", recall the magistrates. "In this regard,It suffices to note that the applicant's argument seeks to demonstrate that the contested act is decisive and therefore produces binding legal effects. Well, even supposing that this circumstance is proven, it does not make it possible to prove that the contested act produces binding legal effects for the plaintiff. Thus, the plaintiff's allegation must be rejected, "the order quits.

unqueras can appeal to the Court of Justice, the highest body, but will have to pay the costs and those of the Parliament.

The Luxembourg Court has yet to rule on the precautionary measures recently requested by Puigdemont after being arrested in Italy and is pending a far-reaching decision on Lluis Puig, another former counselor who is in Belgium and is claimed but whose delivery to Spain is questioned by the Belgian judicial authorities, who argue that the Supreme Court does not have the power to issue the necessary Euro order.