That is why the Holocaust Conference is being held in Malmö

On Wednesday 13 October, several world leaders and experts will come to Malmö to work to ensure that the Holocaust is not forgotten. The goal is also for the participants to present concrete proposals on how to work against anti-Semitism, anti-Gypsyism and other forms of racism. 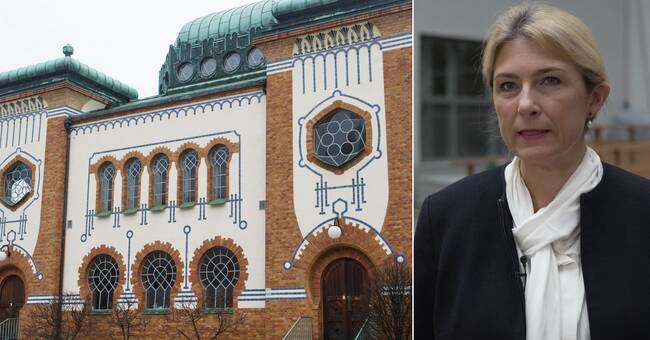 The giant conference would have been held last year when it was 75 years since the end of World War II.

But the pandemic caused it to be canceled.

- The purpose of Malmöforum is to promote both the fight against anti-Semitism and the commemoration of the Holocaust, says Karin Wallensteen who is State Secretary to Stefan Löfven at the Government Offices.

The government has invited around 50 heads of state and government and experts to participate.

Already on Monday, the Prime Minister will come to Malmö to make several different visits to schools, parishes and in the district Hyllie where the International Forum for the Remembrance of the Holocaust and against anti-Semitism will take place.

- Malmö was the place where many Jews could go when they fled during World War II.

It was also where Folke Bernadotte's buses brought survivors.

Today, Malmö is a city that is full of diversity and is characterized by the fact that they have not only had anti-Semitism, or have but their enormously diligent work with this, says Karin Wallensteen.

The Swedish royal couple will also be present.

Survivors from the Holocaust will of course have a place of honor during the Forum, the Government Offices writes in a press release.