NHL: before releasing the Kraken, Seattle had to grow its tentacles - france 24

NHL: before releasing the Kraken, Seattle had to grow its tentacles Los Angeles (AFP) The big novelty in NHL, for the season which opens Tuesday, is called the Seattle Kraken, which at the end of April became the 32nd franchise of the North American Ice Hockey League and which has since had to build a most competitive team. possible. The first game in the history of the Kraken, which will play in the Pacific division, will take place in Las Vegas against the Gol 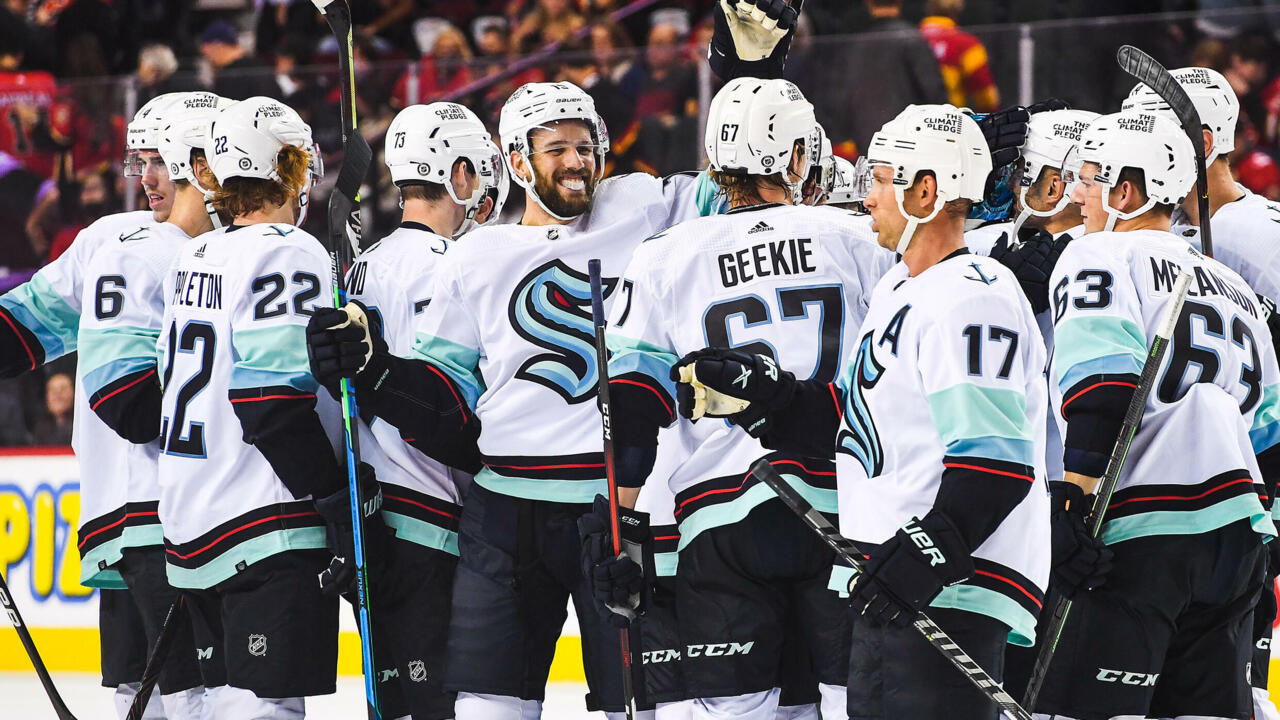 The big novelty in NHL, for the season which opens Tuesday, is called the Seattle Kraken, which at the end of April became the 32nd franchise of the North American Ice Hockey League and which has since had to build a most competitive team. possible.

The first game in the history of the Kraken, which will play in the Pacific division, will take place in Las Vegas against the Golden Knights, which the Seattle players would surely dream of imitating: the Nevada franchise had managed the feat of climbing in the Stanley Cup final in his very first season, in 2017-2018.

In a city where fans 'hearts beat almost only for the Seahawks, the American football team playing in the NFL, since the SuperSonics' NBA franchise moved to Oklahoma City and rebranded as Thunder, the Kraken - a sea monster of the Scandinavian legends, the last name retained in an initial list which included around 1,200 - has a place to be made, in a favorable context.

Its ice rink is located in the Climate Pledge Arena in downtown Seattle, which is growing and growing in value.

"However, the subscriber base is made up of thirty-something who live there and work for giants like Amazon and Google," one of them, John Harrison, told AFP.

"This town is crazy about the Seahawks and ultimately it will be the same for the Kraken. The team will have a rabid fan base who will support them and even help them win matches," he anticipates.

As soon as the NHL was officially integrated on April 30, after the last payment of its creation costs, which totaled $ 650 million (around 560 million EUR), the club were able to start building this team.

First by recruiting players free of any contract, before choosing in second position one of the best young people from the Draft, Matthew Besnier, who wanted to finish his studies at the University of Michigan and will not play until next year. among the pros.

Then according to the rules of the League, the Kraken was able to debauch a player belonging to each of the other teams, with the exception of the Golden Knights (last franchise created before it), for a total of 30 hockey players (at least 14 forwards, 9 defenders and 3 goalkeepers).

Seattle, however, could not at leisure recruit all the stars of the League, first because an imposed salary cap makes it impossible, then because the 30 teams have each drawn up a list of "untouchables" among seven forwards, three defenders and a goalkeeper.

To sum up, their best features.

The leaders of the Kraken thus saw their action limited by a dozen other conditions of this type, established by the League, which apply to both clubs and players.

In the end, Seattle will undoubtedly not succeed the two-time defending champion Tampa Bay this season and will wait to attract a star, but the priority of general manager Ron Francis was to build a workforce that was above all homogeneous.

"If you look at some of the players we have acquired, like right wingers Jordan Eberle and Jaden Schwartz, as well as defender Mark Giordano, you can see that we were still looking for the top of the range," his deputy Jason told AFP. Botterill.

"For us, it is important to find depth in our squad. We have tried to emphasize the versatility of the players," he adds.

The team is thus made up of a mixture of veterans and young talents.

The most experienced player is Giordano, who spent 15 years with the Calgary Flames.

The experienced Mark Giordano (38) with the Seattle Kraken against the Calgary Flames in the NHL preseason game on September 9, 2021 in Canada Derek Leung Getty / AFP / Archives

"It's a pretty cool experience for all of us," the 38-year-old told NHL.com.

"All the guys came together much earlier than you can see in the other teams. We were all here two weeks before the camp started. Getting together at this point has been huge."