High speed and energy savings.. The battle for future trains is in full swing

How do you combine ultra high speed and energy saving? To achieve this, many daring future train projects compete by 2049, such as a vacuum tunnel to run supersonic capsules. 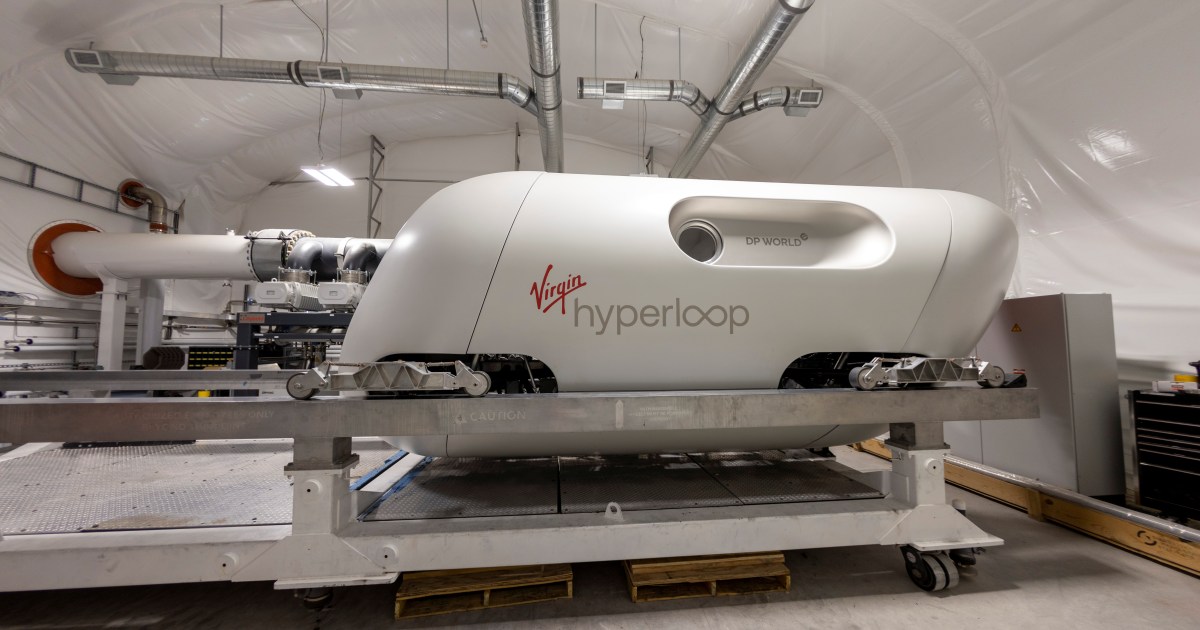 How do you combine ultra high speed and energy saving?

To achieve this, many bold future train projects compete by 2049, such as a vacuum tunnel to run supersonic capsules, or a hydrogen-powered train, or another that slides on airbags, or something else, but all these ideas so far do not seem realistic. Nor doable.

And the French magazine L'Obs said - in a report by Claire Obe - that the railway battle in the 21st century has already begun, but today it is difficult to know who will win the title of "the train of the future."

Among the contenders is Tesla founder Elon Musk's famous Hyperloop project, a device that could connect Los Angeles to San Francisco in less than 30 minutes, at speeds of more than 1,000 kilometers per hour, in capsules based on magnetic fields, installed in Double tube raised and deflated.

This hyperloop project was announced with great fanfare in 2013, but it quickly collided with reality, hampered by a set of industrial, technological and environmental problems, such as: How do you make passengers able to withstand acceleration in capsules?

How do you empty the tube completely?

So the issues of safety, performance, and costs - despite this impressive ambition - are far from resolved, the magazine sees.

Despite these difficulties, other entrepreneurs are trying to launch similar railway projects, as Richard Branson, president of Virgin Corporation, announced his own Hyperloop project, which is expected to reach a speed of 1,078 kilometers per hour, and the American company Hyperloop TT. It is working on this technology from its site in Toulouse for a shipping project called HyperPort.

In the most futuristic category, SpaceTrain aspires to run autonomous shuttles on an airbag with average speeds of 500 km/h, to over 700 km/h, but that dream is facing funding problems today. Putting it all at risk, says someone inside this French startup.

The company says its idea was inspired by the Jean Bertin train, which was developed in the 1970s, before being abandoned a few years later in favor of today's express trains.

The magazine says that there is a hydrogen train, which is powered by fuel cells that replace diesel engines, and hydrogen tanks and batteries will also produce electricity that drives the locomotive.

“The hydrogen train will reduce our dependence on energy, but we need to build a network of appropriate infrastructure, and strengthen our skills in how to store and transport hydrogen,” says Gérard Cochry.

However, Denis Candoso, who is conducting research on this subject at Gustave Eiffel University, believes that the current life of the train is about 40 years, with the engine renewed after 20 years, while "hydrogen fuel cells are about 5 years old, and they are expensive."

The magazine argues that the technological, environmental and financial constraints of most future projects are still out of control, so one promising route could be one of the oldest, such as Maglev trains that use German and Japanese technologies developed in the 1970s.

Lopes pointed out that the speed of trains reached 430 kilometers per hour in 2003, but China recently announced the launch of the "Maglev" vehicle at a speed of 600 kilometers per hour, but the focus of development that all players are looking for today is related to the ecosystem, because the public authorities that fund These trains of the future can no longer ignore the environmental issue, not only in the field of high-speed transport, but also in the field of urban and intercity transport, as well as freight.

The magazine concluded that we will certainly see the emergence of more “hybrid” trains, partially using hydrogen in certain non-electrified parts of its track, noting that if we do not know how fast the train of the future will be, it will certainly be more independent and more environmentally friendly.