Anwar Wagdy.. He suffered extreme poverty and failed to immigrate to Hollywood and became one of the pioneers of Egyptian cinema

Extreme intelligence coupled with talent made the late artist Anwar Wagdy - whose 117th birthday falls on October 11 - one of the most important Arab filmmakers in the 1940s. 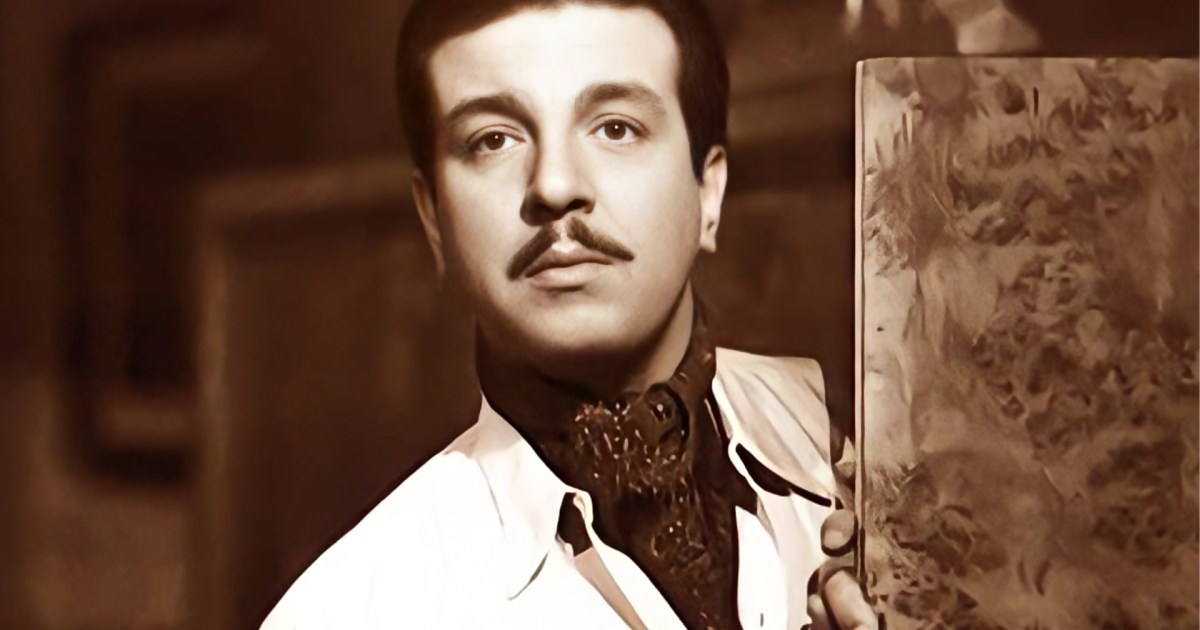 Extreme intelligence coupled with talent made the late artist Anwar Wagdy - whose 117th birthday falls on October 11 - one of the most important Arab filmmakers in the forties of the last century, and despite his death in his fifties, he enriched cinema with about 70 cinematic works, actor, producer and director He is also an author and a talent scout.

“Out of the womb of suffering, creativity is born.” A phrase that applies to Anwar Wagdy, who was born on October 11, 1904, in Al-Zahir neighborhood in Cairo, where his father moved from Aleppo to Egypt after suffering a severe financial crisis. Anwar Wagdy lived a harsh childhood and suffered deprivation, which He was determined to succeed and make money at the same time.

He was helped by his studies at the French “Freis” school when he was young, which is the school in which many artists studied at that stage, including Farid al-Atrash, Asmahan, Najib al-Rihani and director Hassan al-Imam, but Anwar Wagdy was satisfied with some education, and decided to start his artistic career early to achieve His dream of success and wealth.

At that time, Anwar Wagdy's eye was destined to work in Hollywood, and he thought of immigrating to the United States with two of his colleagues, but the attempt failed and his father expelled him after he learned of his desire to be an actor, which made Anwar Wagdy go to Imad El Din Street. Full of art people.

The artistic genius that Anwar Wagdy reached did not come out of nowhere. He graduated technically, as he began his career as a registrar (the person who connects the director and producer with the appropriate artists for the roles) with a salary of 3 pounds per month in the Ramses band with the late artist Youssef Wehbe, who also worked as his secretary After that, Wehbe nominated him for a small role in the play "Julius Caesar".

Anwar Wagdy was involved in theatrical work, then moved to the Abdel Rahman Rushdi Troupe and the National Troupe and played an important role in the play "Venice", but soon abandoned the theater after his first cinematic appearance in 1930 in "The Midnight Crime" and two years later in "Awlad Al-Zawat". .

At the end of the thirties, Anwar Wagdy had a chance when he presented the lead role in front of Aziza Amir in "The Apple Seller", and with Fatima Rushdi in "The Determination".

Anwar Wagdy's features qualified him to become the first hero in many films in the 1940s. He presented "Friday Night", "Al-Qalb Lah Waheed", "Long Live the Sixts", "Lid Fi Lid" and "Rajaa".

But he was not satisfied with acting. After amassing a large fortune in the films he starred in, he founded a film production company, as he participated in the production of the French film "The Land of the Nile", which was filmed in Egypt, and Anwar Wagdy presented his role in the Arabic-speaking, and also French-speaking version.

Through his company, he formed a cinematic duo with his wife, the artist Laila Murad, whom he married during the filming of the movie "Laila, the Girl of the Poor". Together, they presented "My Heart is My Guide", "Anbar" and "Hawa and Youth".

And he was daring to present a work that includes Youssef Wehbe, Muhammad Abdel Wahab, Najib Al-Rihani and Laila Murad in "Ghazl Al-Banat", "Habib Al-Rouh" and "Bint Al-Akaber", which is the last of their films, where the technical cooperation between them ended after the separation.

Anwar Wagdy did not skimp on his artwork - producer, director and filmmaker - so he took advantage of Laila Murad's vocal capabilities and her great popularity and excelled in presenting the most important show works;

He preceded his era by presenting dance performances that he also wrote and directed, and he took care of the huge decorations and clothes of the dancers in those reviews, to achieve Leila Murad's cinematic glory with the lyrical films that made them the highest paid cinematic.

Anwar Wagdy did not stop presenting the show business after his separation from Laila Murad, so he discovered the child Pirouz Artin - who chose her "Fayrouz" as an artistic name - and made her the most famous child in the history of Egyptian cinema, and brought her a dance coach and entered her into a private ballet institute, and presented her for the first time on the screen In 1950 in the movie "Yasmine" and after it "Dahab" and "Fayrouz Hanim", before the differences between him and her father began, and Fairuz did not achieve success after her artistic separation from him.

A year before his death, Anwar Wagdy had returned to his first lover, artist Laila Fawzy, whom he met while filming the movie “The Wives Factory” in 1941, but her father refused their marriage at the time, but after his separation from Laila Murad, Laila Fawzi decided to accompany him on his treatment journey. They decided to marry abroad, but he left only 4 months later.

Anwar Wagdy suffered throughout his life from a genetic disease of the kidneys, because of which his father and sisters also died, and he began to feel pain at the beginning of his fifties, and he traveled to Sweden and France and underwent delicate surgery, but the doctors’ attempts did not succeed in his recovery, so he left on May 14 of the year 1955 in Stockholm, and his funeral took place in Tahrir Square and was attended by his colleagues from the artistic community, such as Farid Shawqi, Youssef Wehbe, Muhammad Fawzy, George Abyad, and Abd al-Salam al-Nabulsi.