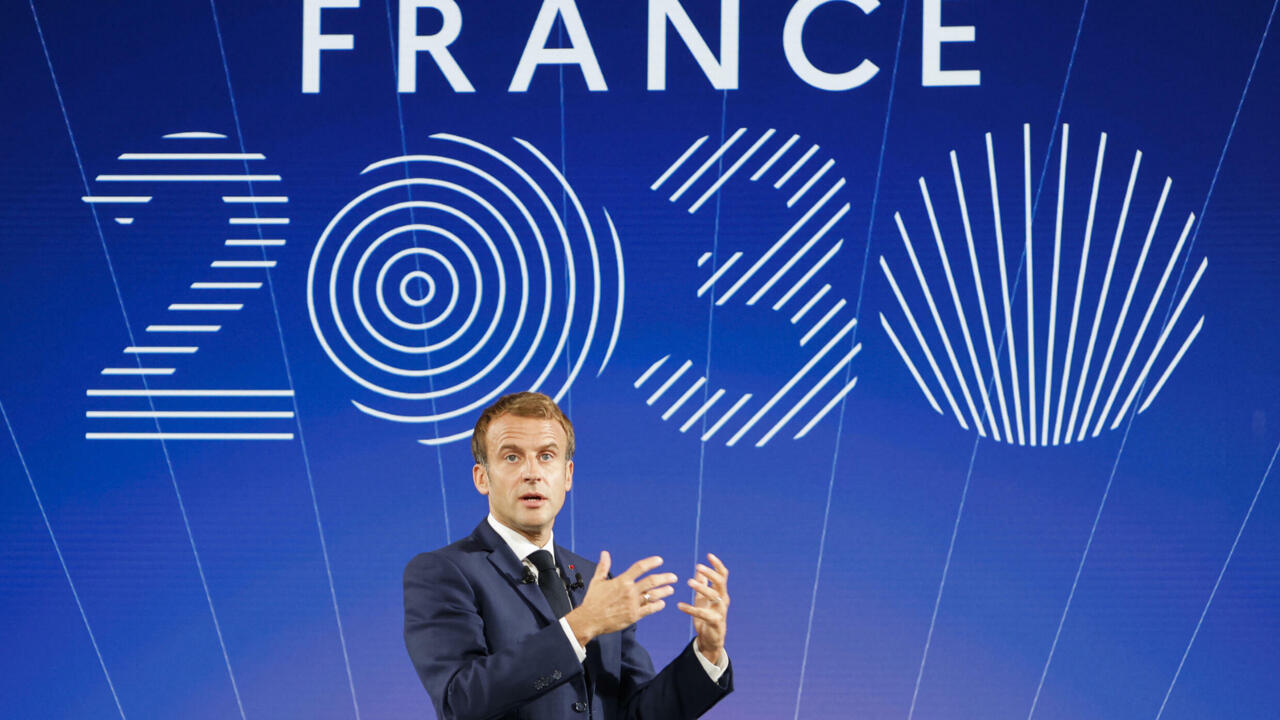 Produce more and "become a great nation of innovation": Emmanuel Macron lifted the veil on Tuesday on an investment plan of 30 billion euros, setting the mission to win the "battle for independence" by 2030 , in a post-crisis world subject to extraordinarily rapid changes.

"If we do not reindustrialize the country, we will not be able to become a nation of innovation and research again," said the President of the Republic by presenting, six months before the presidential election and for nearly two hours, his plan "France 2030" in front of nearly 200 business leaders, ministers, elected officials, students and researchers, gathered at the Elysée.

The health crisis "made us feel our vulnerability", and "our dependence vis-à-vis abroad", noted Emmanuel Macron, referring to the shortage of masks at the start of the pandemic, or the inability of France to bring out a vaccine against Covid-19.

"We must rebuild the terms of a French and European productive independence", he urged, believing that "we have a pressing need to accelerate public investments that create growth and jobs".

Of the 30 billion euros mobilized over five years, 8 billion will go to the energy sector, to become a "leader in green hydrogen" by 2030, with the construction of "two gigafactories or electrolysers", continue decarbonization of industry or even developing the nuclear power of tomorrow.

Emmanuel Macron during the presentation of the "France 2030" investment plan at the Elysee Palace, October 12, 2021 Ludovic MARIN POOL / AFP

France will invest in particular one billion euros to develop small nuclear reactors.

Four billion euros will also be devoted to clean mobility, with the objective of "producing in France 2 million electric and hybrid vehicles" by 2030, said Mr. Macron, calling on car manufacturers to work in that Sens.

"The last 30 years have been cruel for our automotive industry," he noted, with production capacity falling in France.

The food of tomorrow and health, in particular for the production of 20 biomedicines against cancer or chronic diseases and advanced medical devices will also be at the heart of "France 2030".

Two billion euros of investments are intended for "breakthrough" innovations in agriculture, in particular in "robotics, digital technology and genetics".

- No to "excessive nationalism" -

To achieve the ten or so objectives set, it will also be necessary to "secure the conditions" for success, with massive mobilization in various key sectors, such as securing access to certain critical materials (lithium, nickel, etc.).

Emmanuel Macron during the presentation of the "France 2030" investment plan at the Elysee Palace, October 12, 2021 Ludovic MARIN POOL / AFP

"Better produce, live better and better understand the world": with this plan, Emmanuel Macron expressed his strategy to end the crisis, after the emergency measures put in place since March 2020 and the 100 billion stimulus plan.

The logic of "France 2030" is to "take back in hand the destiny of France and Europe", he insisted, however lambasting "those who cry, who plead excessive nationalism", while recalling that the French social model should continue to "modernize".

From 3 to 4 billion euros of this plan will be spent next year and included in the 2022 draft budget, the examination of which has just started in Parliament.

The governance and piloting of this plan still remains to be decided, an issue of lively debate within the administration, we recognize at the Elysee Palace, while "execution is essential" for the success of the plan.

"The risk of these great plans lies in governance and execution. Let us remember past failures, such as General de Gaulle's Calculation plan: the governance was then too centralized, interventionist and Colbertist", had thus warned the president of the Medef Geoffroy Roux de Bézieux on Monday in an interview with Les Echos.