"You can't stop": Mishustin urged not to slow down the pace of vaccination against coronavirus

The head of the Russian government, Mikhail Mishustin, urged not to slow down the pace of vaccination against coronavirus. The prime minister said that to date, more than 40 million people have been vaccinated against COVID-19 in Russia, which is almost a third of the country's total population. He also said that the government has allocated 5 billion rubles in funding to a number of regions that are most actively opposing the spread of coronavirus. Meanwhile, the head of the Ministry of Health, Mikhail Murashko, warned that over the past week, the incidence of COVID-19 has increased by more than 16%. 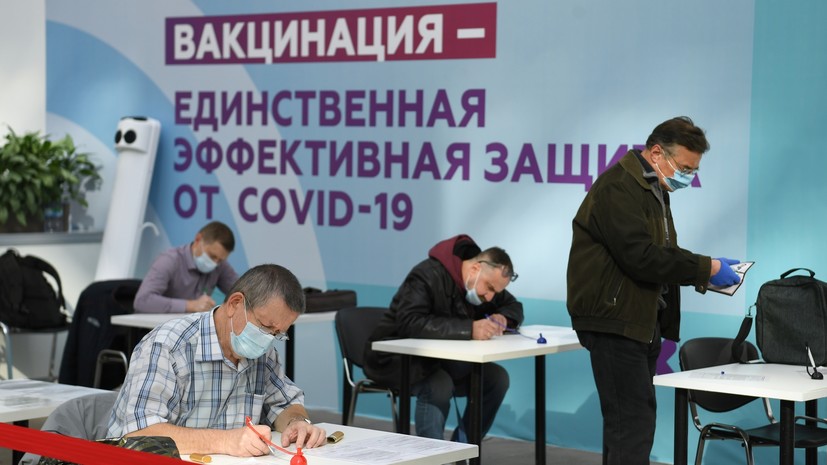 Russian Prime Minister Mikhail Mishustin said that almost a third of Russians were vaccinated against the coronavirus infection COVID-19.

Opening the meeting of the presidium of the coordinating council to combat the spread of coronavirus, the head of the Cabinet of Ministers noted that the most reliable way to protect against infection is still vaccination.

The prime minister stressed that all conditions have been created in Russia so that citizens do not have any difficulties to get vaccinated.

“You can't stop, especially since today a sufficient number of drugs are produced and over 90 million complete sets have already been put into circulation,” he said.

Mishustin also said that a number of regions that are most actively fighting the epidemic will receive funding in the amount of 5 billion rubles.

"The government has decided to help the regions that are actively fighting COVID-19, where, among other things, the highest level of testing and vaccination, as well as the provision of beds and the necessary equipment," Mishustin said.

Recall that over the past day in the Russian Federation, 28,190 cases of coronavirus were detected, 20,706 people fully recovered.

973 patients died, which was the new maximum daily mortality rate.

The head of the Ministry of Health, Mikhail Murashko, during a government meeting, noted that over the past week, the incidence of COVID-19 in Russia has increased by 16%.

According to him, doctors are treating more than 1 million patients with coronavirus.

“At almost every medical site - outpatient, polyclinic - today, more than 14 on average patients are observed on outpatient treatment,” he added.

In addition, the head of the Ministry of Health noted that in 11 regions the increase in the number of new cases was more than 30%.

At the same time, Murashko mentioned that in the regions where vaccination was actively carried out in the summer, the situation in terms of the number of cases of illness and hospitalizations turned out to be much more stable.

Murashko also spoke about the state of the bed fund.

According to him, the country has deployed about 255 thousand beds for patients with COVID-19, of which about 235 thousand are occupied. According to the minister, there are 6.1 thousand patients in the country in need of mechanical ventilation.

In addition, he noted that the number of patients in serious condition is growing in the structure of hospitalized patients, they account for 11% of the total.

As Murashko emphasized, in most cases we are talking about patients who have not been vaccinated.

The head of the Ministry of Health also said that Russia's stock of vaccines exceeds the two-month need.

Along with this, the minister spoke about the proportion of cases among those vaccinated.

Also on russian.rt.com Murashko spoke about serious lesions of internal organs after coronavirus

“I would like to note that among vaccinated patients, slightly more than 2% of those who contract coronavirus infection.

These are extremely low numbers, despite the fact that the delta strain is more aggressive and actively developing, ”he stressed.

During the meeting, the head of Rospotrebnadzor, Anna Popova, said that in Russia, due to the epidemiological situation, more than 600 schools were transferred to remote operation.

“As a measure to counteract the development of the epidemic process of covid, SARS and influenza in educational institutions, the transfer of schoolchildren to distance learning is used.

In addition, more than 25 regions of the country have introduced a QR code system for entering cultural and entertainment events.

In addition, over 20 regions have introduced similar measures when visiting catering places.

Along with this, restrictive measures for citizens over 65 years old are in force in 64 constituent entities of the Russian Federation, Popova noted.

"Entry control was introduced on the principle of" QR code in exchange for a service ": for cultural and entertainment events - in 26 subjects, for catering facilities - in 22 subjects, for sports events - in 25 subjects, in hotels - in 13 subjects" , - she said.

Along with this, it became known that the Moscow authorities intend to strengthen control over the observance of anti-epidemic measures in the capital's establishments that work at night.

As explained by the first deputy head of the mayor and government of Moscow, Alexei Nemeryuk, the administration of institutions must ensure compliance with all necessary measures.

These include thermometry of employees and visitors at the entrance, arrangement of tables at a distance of 1.5 m from each other, mask mode for visitors and employees when moving around the hall or on the dance floor.

"We will severely punish and shut down if they do not start to observe the measures," TASS quotes Nemeryuk.