"Will hit ordinary consumers": what consequences can the integration of Ukraine into the EU energy market lead to

The European Commission expects full integration of the Ukrainian energy market into the European network. This was stated by European Commissioner for Energy Kadri Simson, calling this process one of the key goals of cooperation between Brussels and Kiev in the field of energy. According to her, for this it is necessary to achieve the fulfillment of a number of technical, infrastructural and regulatory conditions. Kiev must also ensure transparency of the energy market and demonstrate stable operation of power systems in an isolated mode. As previously noted by Ukrainian Foreign Minister Dmitry Kuleba, the country's authorities plan to disconnect from the energy systems of Russia and Belarus by the end of 2023 and switch to the EU network. Experts note that this process will be associated with many problems, for which ordinary Ukrainians will have to pay out of their own pockets. 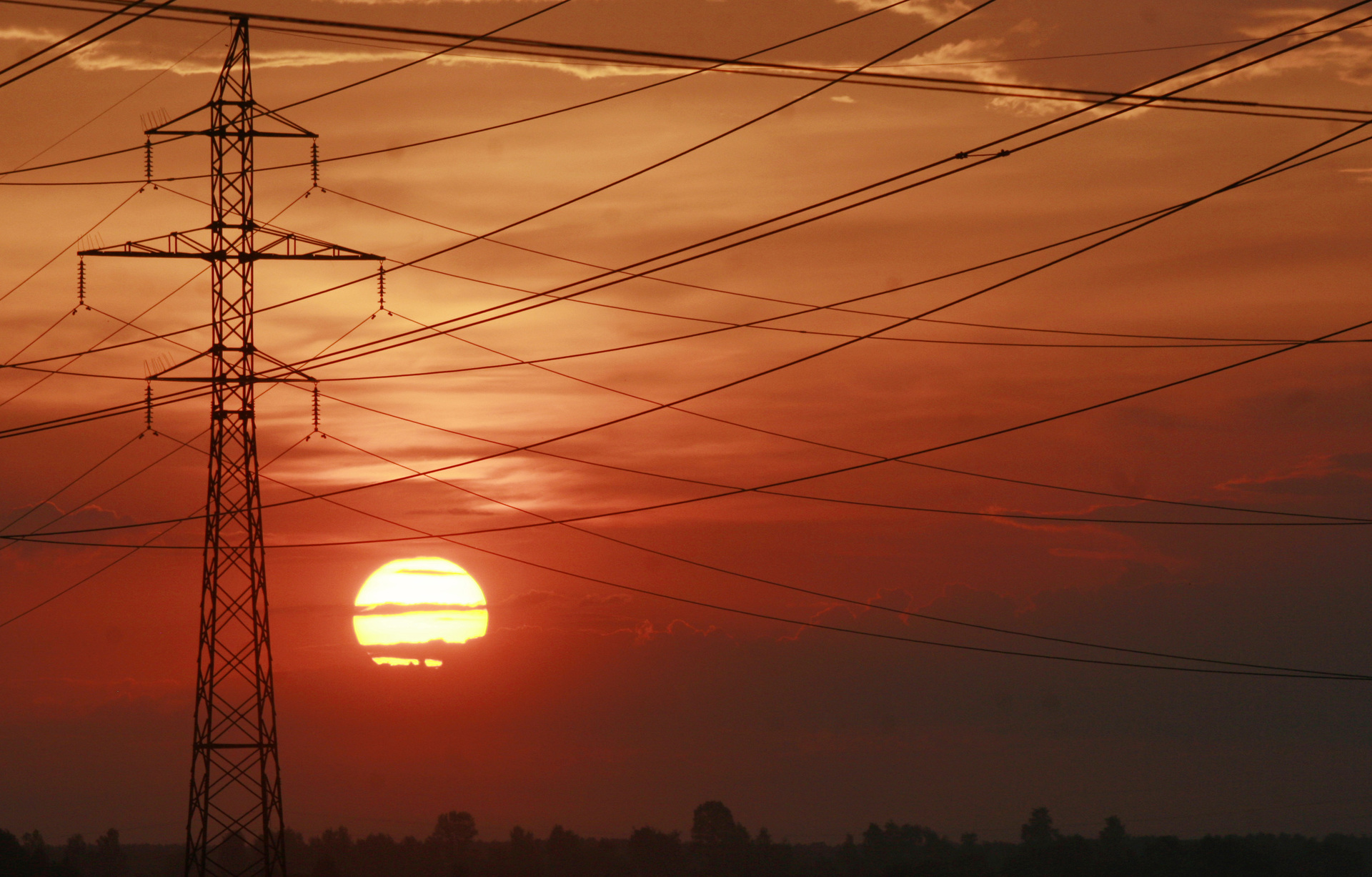 The European Commission expects the full integration of the Ukrainian energy market into the European Network of Electricity Transmission System Operators (ENTSO-E).

European Commissioner for Energy Kadri Simson stated this at a specialized conference in Kiev.

“A few weeks ago in Brussels, the Minister (Energy of Ukraine Herman. -

) Galushchenko and I had the opportunity to have a detailed conversation.

We have confirmed that one of the primary goals of cooperation between the EU and Ukraine in the field of energy is the full integration of the Ukrainian energy market into the EU, ”Simson said.

She added that this process includes, among other things, the synchronization of power grids.

According to her, in order to achieve this goal, it is necessary to fulfill technical, infrastructural and regulatory requirements.

In particular, the certification of the national energy company Ukrenergo should be completed.

In addition, the transparency of the energy market itself must be ensured.

To this end, Kiev will have to implement the European REMIT regulation into Ukrainian legislation, which regulates the integrity and transparency of the wholesale energy market.

In addition, Kiev will have to test the possibility of uninterrupted and stable operation of its energy systems in an isolated mode, that is, without the participation of Russia and Belarus.

At the end of September, the Ukrainian authorities extended the ban on electricity imports from these countries until November 1.

The corresponding order was issued by the National Commission of Ukraine, which carries out state regulation in the fields of energy and utilities.

Kadri Simson also emphasized the need for Ukraine to preserve its current cross-border capacities for a successful transition to the EU system.

As Ukrainian Foreign Minister Dmytro Kuleba noted earlier, integration should be completed by the end of 2023.

According to the Ukrainian authorities, the country's accession to ENTSO-E will help the state get rid of the "influence" of Russia and get an economic advantage of $ 1.5 billion a year.

“Disconnection of Ukraine from the power system of the Russian Federation will lead to the loss of the latter’s strategic influence on the electric power industry not only in Ukraine, but also in European countries.

Integration into ENTSO-E will ensure the energy independence of Ukraine, ”said the Prime Minister of the country Denis Shmyhal the other day.

He also called the accession of the unified Ukrainian energy system to ENTSO-E "energy visa-free", which opens up new opportunities for the republic and brings Kiev closer to Europe.

On the verge of a crisis

Meanwhile, the parliament does not assess the current situation in the energy sector of the country so optimistically.

In particular, a deputy from the Servant of the People party, Lyudmila Buimister, stated at the end of September that the lack of professionalism of the managers had brought the country's energy sector to a deplorable state.

In this regard, she did not rule out the possibility of rolling blackouts in the coming winter.

“Every third block of the state-owned company“ Centrenergo ”cannot work today, since there is no coal and money in the warehouses to pay for gas.

The state company applied to the National Security and Defense Council with a request to allocate money from the reserve fund for the purchase of coal, ”Buimister said on Facebook.

Aleksey Kucherenko, a deputy from the Batkivshchyna party, also spoke about possible future problems in the field of electricity generation.

“Because there is a shortage of 3 million tons of coal - and we will have to ask for electricity, you know from whom,” he said.

According to him, the refusal of Kiev from a direct contract with Gazprom led to such a situation.

In this regard, the deputy predicted that in December-January Ukraine may face a shortage of gas volumes.

To date, several regions of Ukraine have already declared an emergency due to the lack of gas and the reluctance of suppliers to provide fuel at tariffs that were established before the rise in energy prices.

“The price and absence of a natural gas supplier threaten the timeliness of the start of the heating season and the uninterrupted operation of institutions in the autumn-winter period,” Anatoly Poloskov, Governor of the Transcarpathian Region, said on October 11.

Experts interviewed by RT note that the timing of the integration of the Ukrainian energy system into ENTSO-E, named in Kiev, is unlikely.

For example, Stanislav Mitrakhovich, an expert at the National Energy Security Fund, lecturer at the Financial University under the Russian government, pointed to the experience of the Baltic countries, which are now in the process of separating from Russia and Belarus in terms of electricity supply and integration into the European Union.

“The experience of the Baltic states shows that integration is not as fast and easy as it seems.

In addition, Estonia and Latvia want to continue to be able to simultaneously purchase electricity from the unified energy system of Russia and Belarus.

As for Ukraine, it itself periodically turns to Russia for electricity.

Yes, this happens mainly in the winter, but the fact remains, "the interlocutor of RT explained.

He noted that the leadership of the republic prefers to maneuver in this matter, first making loud statements about a ban on energy imports from Russia, and then playing back, as it was last winter.

The expert called the confrontation between the oligarchs within the country as one of the difficulties of rapid integration.

As an example, he cited Igor Kolomoisky, whose factories need cheap energy, and Rinat Akhmetov, who, as an energy producer, is interested in high tariffs.

In turn, political scientist Alexander Dudchak noted that Ukraine, leaving cooperation with Russia in the energy sector, is losing a profitable and stable partner.

“The political course, which is now adhered to in Kiev, is being pursued contrary to the interests of its own economy and its citizens.

The transfer of the Ukrainian energy system under the control of the Europeans will affect not only the price for Ukrainian consumers, but also the processes associated with the privatization of objects that are of the greatest value, "Dudchak explained in a commentary to RT.

In his opinion, in the EU, Ukraine is assigned the role of more importer than exporter of electricity, which also does not correspond to the interests of the republic.

After all, integration into ENTSO-E requires significant costs: an amount of € 2 billion was called to transfer the country's energy system to European standards, the analyst said.

And even after that, Dudchak added, there is no guarantee that an “energy paradise” will open up for Ukraine, given that the EU is now actively promoting green energy sources, the price of which is much higher than that of traditional hydrocarbon ones.

“The task of the Europeans is to impose on the Ukrainian authorities a policy of transition to the so-called green energy, but in reality Ukraine will simply pay the Europeans an additional tax on the electricity bill.

Therefore, one can only sympathize with the Ukrainian people, who will have to cope with this, ”Dudchak emphasized.

As Stanislav Mitrakhovich noted, switching to the energy market of the European Union, Ukraine should clearly understand that it will no longer be able to turn to Russia for help in case of emergency.

And such cases, he said, are quite likely in the near future, given that the EU is now experiencing an energy crisis.

“There have already been publications in the media that a situation may arise in Europe in which some countries, even those not members of the EU, may begin to restrict the flow and supply of energy from their territory to other states due to the high price of fuel.

This will entail the suspension of the work of various enterprises, ”the expert said.

In his opinion, the separation from Russia and the transition to the EU energy system will most painfully hit ordinary consumers.

“Ukrainian consumers will pay for this.

All aspirations of Kiev are paid out of the taxpayers' pockets.

And in the future, the price of electricity, and also on the condition that Ukraine begins to integrate the transition to green energy sources, will only grow for ordinary Ukrainians and for enterprises.

This means that in the future de-industrialization will intensify in the republic, which will lead to the loss of a large number of jobs and the outflow of the population to the EU to earn money, "said the interlocutor of RT.

In this regard, Mitrakhovich called Ukraine's aspirations for energy integration risky and even voluntaristic.

At the same time, he added, for Russia, the loss of the Ukrainian market will not be a big blow.

“Fundamentally, the Ukrainian market is not so important for Russia.

Therefore, she can do without him completely, ”the analyst summed up.