The El Fuerte barracks on La Palma: from hosting 20 soldiers to receiving more than a thousand people

The El Fuerte barracks, perched on one of the many cliffs on La Palma, is usually very empty. So much so that only 20 soldiers live in it so ... 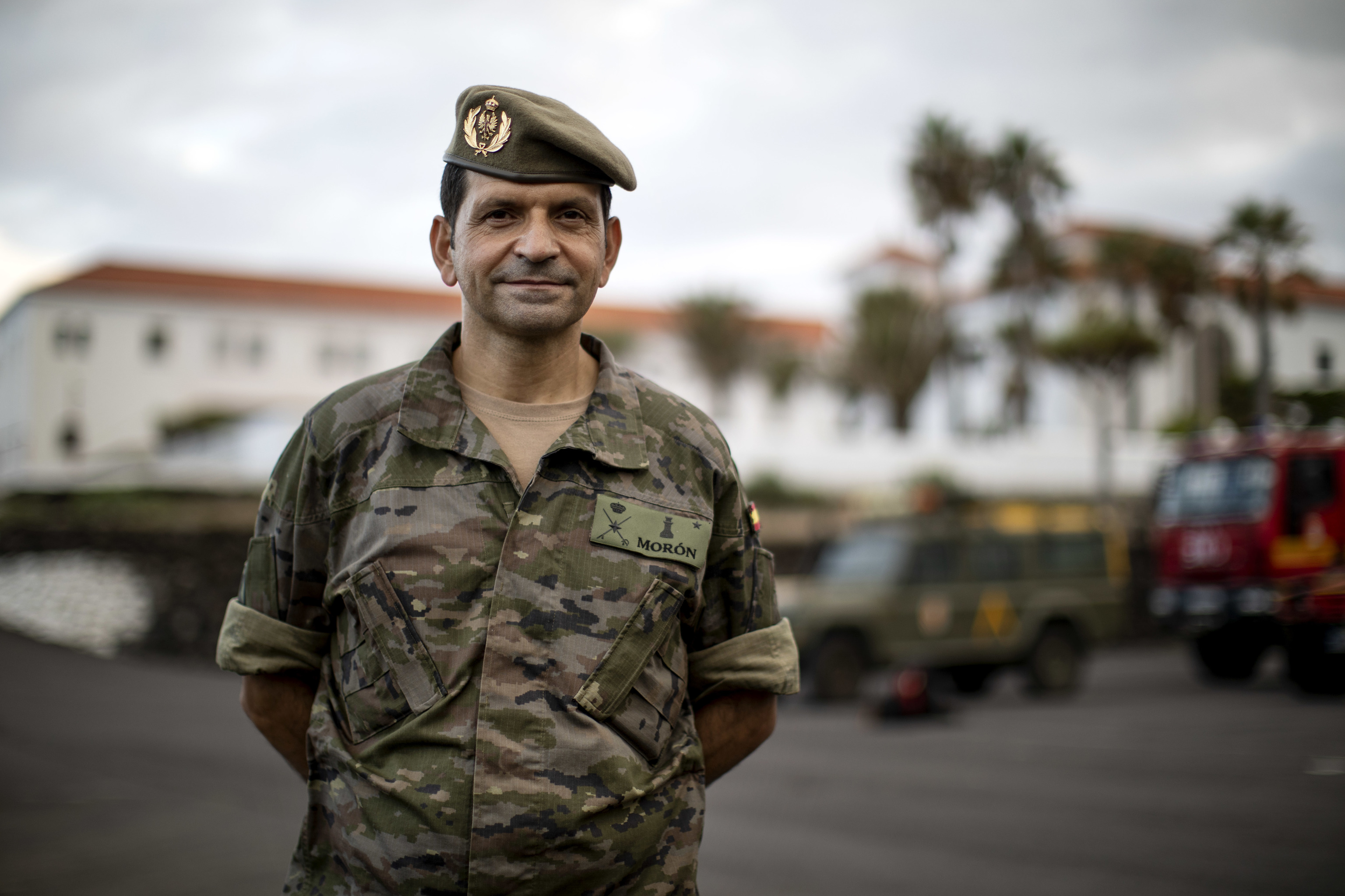 , perched on one of the many cliffs on

only 20 soldiers live in it continuously

, and considering that they take three shifts for surveillance and maintenance, it must be difficult to find more than 12 people at the same time.

That was the situation of this immense Army complex since 2014, when it was decided that it would not continue to be a training center for some 700 soldiers.

However, like the magma underground, The Fort was only asleep, waiting.

In fact, that is your role: to be prepared in case you need to host large numbers of people.

, who is the Deputy Inspector General of the Army in the Canary Islands, recounts how

Now, despite the fact that the evacuees who have not found another solution are already in the Princess hotel in

, the barracks continues to be used, because it

welcomes all members of the UME

The rest of the Army components that have come to reinforce the personnel on La Palma and some of the emergency services from other areas are also staying there.

«The role of this barracks continues to be very important because the UME and the rest of the people who work in the emergency and are here can forget about food, refueling vehicles, having a place to sleep or washing clothes stained with ash. . it

"The Fort had the capacity to accommodate a thousand people, so the week before the eruption, during the seismic swarm, the Canarian Government asked the Ministry of Defense to use the barracks for evacuees," continues the general.

They began to look for all the resources to make the barracks work at full capacity, because it was not known how many evacuees would arrive.

In addition to beds and food, a kind of "hospital extension" had to be set up

so that dependent people were well cared for, Morón says.

From the beginning, the barracks was proposed as the last solution for those who had no other alternative, because the experts thought that people would always be better off in the homes of relatives or friends.

«In the first moment we had 46 dependents and more than 200 who had no other alternative.

Some slept one night while looking for something else, others stayed for a week ... », he adds.

Between the Red Cross and the Canarian Health Service, a protocol was activated for all those who entered: take the affiliation data of those who arrived and give them a bracelet with their name;

"We got to set up 1,000 beds," says Morón, "and at the peak of occupancy we had just over 400 people housed, coinciding with the arrival of the UME.

Shortly after, the Canarian authorities immediately referred the evacuees to hotels ”.

It is logical to think that in the rooms of a hotel like the Princess one lives more comfortably than within the walls of this barracks near the airport.

But even if it was only during the first week of the eruption, the general and his companions are convinced that everyone who passed through there was good to be together to overcome the

Do not forget that many people lost everything in a very short time, and that living with neighbors, acquaintances or relatives gave them some psychological help.

Some pavilions where you sleep came to have 100 beds,

but despite everything it was possible to keep distances and maintain a little privacy.

When it was seen that the eruption did not stop immediately, the barracks continued to be reinforced with other more Spartan materials, such as folding beds in the gym or a camp in what is now the firing range.

All of this was not needed: “We simply assembled it in anticipation of it being necessary.

When we began to deploy the tents, many people were scared believing that many more evacuees were arriving, but it was not like that.

We just wanted to be prepared, and also in case more arrived, we would have slept in the tents, not the evacuees, ”explains Morón.

The tents lasted a week, because ash began to rain on the capital and the airport and they were dismantled in trucks to prevent their deterioration and to be able to deploy them as Red Cross aid posts if necessary, says the general: «It may seem strange But for us this operation was a success even though the tents were not used, because we already know that in one day we can set them up and in another we can take them apart if necessary.

as they have called it, is not yet known how long it will last, but what is certain is that at least 1,000 people have a place to stay if necessary.

Volcano in La PalmaThe Samaritan of the La Palma drone: "They tell me 'please, take out my grandmother's house'"

Volcano on La Palma Inge and Rainer, the owners of La Palma's 'casa milagro': "Although we cannot go, we are relieved that he is still standing"