Malmö is now blocked off ahead of the Holocaust Conference

On Monday, parts of Malmö were cordoned off ahead of the Holocaust Conference on Wednesday. This applies to the areas where the conference will be held and where the participants will live, including Malmö Live and the Malmö Fair. 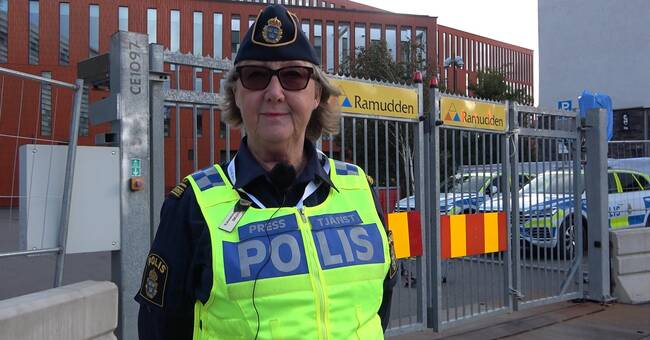 The reason why the roadblocks were started already on Monday is that the areas must be searched and secured.

- Now we position ourselves and make sure it is safe on Malmö Live.

We have an area where no one is allowed in, says Ewa-Gun Westford, spokesperson for the police.

The areas will continue to be cordoned off during the conference.

Roads and airports are affected

In addition, the police announced on Monday evening that the Swedish Transport Agency has decided on a flight ban over Malmö, which could make it difficult for those who plan to fly drones.

On Facebook, the police write that the airports Sturup and Kastrup, and roads such as E65, Pildammsvägen and Yttre ringvägen will be affected by the roadblocks during the conference.

Hard to move in Malmö this week

Both the police and Skånetrafiken have warned that it can be difficult to move around in Malmö this week.

- It takes some planning if you are to move in the public space in Malmö in the next few days, says Ewa-Gun Westford.

One of those affected is Samsam Omar.

- I think it will be a bit difficult.

Especially for me who works and takes the bus.

Tomorrow I start at a quarter to seven in the morning, and I do not know how to get to work, she says.