Consumption in the last months of the year will also be affected by these fears with a prevalence of stability in the expenditure for goods and services (excluding food) for 75.5% of households and substantial parity among those who expect an increase (12.3%) and who a drop (12.2%) 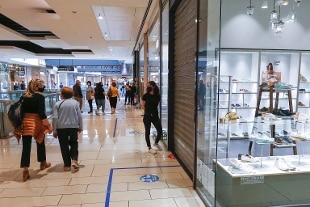 11 October 2021 Uncertainty still slows the recovery: this is, in fact, the prevailing sentiment for almost half of Italians, even if,

on the improvement of our country's economic prospects between now and the end of the year, companies are more optimistic ( 42.7%) compared to families (24.3%): these are the main results that emerge from a survey by Confcommercio, in collaboration with Metrica Ricerche on the last months of 2021.

Greater confidence, that of companies, which is also found in the forecasts for the coming months of an improvement in their business (61%) and an increase in investments (indicated by 1 company out of 3), in particular in innovation and sustainability; the strong caution of families, on the other hand, is confirmed not only by fears of a possible decline in incomes (for 80% of the sample) and savings (68.5%), but also by the expenditure forecasts in the last months of year with substantial stability in the consumption of goods and services (75.5%) and prudence for travel and holidays, leisure (shows, concerts, stadium) and motor vehicles.

However, both households and businesses believe that in this phase of the pandemic the main obstacles to consolidating the recovery are attributable to specifically economic and financial factors, rather than political and health ones. Both agree that tax increases, inflation and job losses are the main obstacles to our country's economic recovery.

As regards the forecast of entrepreneurs about the performance of their business in the last four months of 2021, the largest share indicates a slow but steady improvement (60.9%), while 30.8% expects substantial stability. Also in terms of investments, the forecasts are substantially positive with 60% stability and 33.8% of companies willing to increase the endowments, especially in technology / innovation and in the area of ​​sustainability / green.

Because of the improved conditions of access to credit, and probably by virtue of worsening expectations on financing costs, even regardless of the current brilliance of sales and economic activity. The expectation of capital spending support from Ngeu's European funds may not be foreign to this bias.

Finally, on the employment front, 75.4% of companies expect to reach the end of the year in conditions of stability, while 18.9% expect to increase the workforce, mainly using interns and apprentices, and only 5.7 % indicates a possible reduction in the number of employees in your company. As for households, the lower optimism than businesses on the economic recovery is more affected by the judgments on the personal situation: the forecasts of the trend of incomes and savings, from now to the end of the year, are considered mainly stable or decreasing (the incomes for the 80% of the sample, savings for 68.5%).

The forecasts of increases are, in fact, limited to a fifth of households for incomes and almost 1 in 3 households for savings. Consumption in the last months of the year will also be affected by these fears with a prevalence of stability in the expenditure for goods and services (excluding food) for 75.5% of families and substantial parity among those who expect an increase (12.3%) and who a drop (12.2%). As for the types of purchases, the biggest drops concern the tourism sector (travel and holidays), the leisure sector (shows, concerts, matches at the stadium) and the purchase of cars and motorcycles. Among the purchasing channels, online and large-scale distribution are confirmed among the preferred methods of consumers, while purchases in large chains and shopping centers are particularly penalized.

"The economy is in a recovery phase and there is more confidence among businesses. On the other hand, the uncertainty of households who fear more taxes, inflation and losses prevails of work. Uncertainty that translates into less consumption and therefore less growth. This is why it is vital that the tax reform focuses on simplifying and reducing taxes, a fundamental step, together with the effective use of the NRP, to restart the country " comment by the president of Confcommercio, Carlo Sangalli.