A machine to launder the money of the Casalesi. 63 precautionary measures

Blitz of the Guardia di Finanza of Naples, Caserta and Salerno Many members of the clan are in prison. 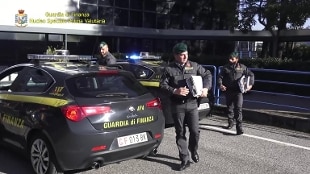 11 October 2021100 million euros is the sum of the maxi laundering done through precise and massive tax fraud. This is the crime charged against 63 people, believed to be involved in "cleaning up" the money of the Casalesi clan. To discover this imposing "machine" the Provincial Commands of the Guardia di Finanza of Naples, Caserta and Salerno. Pre-trial detention in prison was ordered for 48 people. The suspects, for various reasons, must answer for criminal association aimed at money laundering.

Everything was taken care of in a precise and "refined" way, because those who had set up the mega-scam knew by heart all the economic systems and ways to circumvent controls and laws, the 'friendly' entrepreneurs who issued thousands of invoices for non-existent operations, creating stocks of money. They all had specific roles. There were the "accountants" who issued wire transfers up to a turnover of 100 million euros. And finally the "withdrawals", who every day at the ATMs withdraw money a little at a time, up to 55,000 euros a day. This was the system set up by the Casalesi, thanks to colluding "white collars" and 89 companies totally crushed by the rules of the Camorra.

The carousel scam and the interest in the fuel trade

A mega 'carousel' scam discovered by the Naples Public Prosecutor's Office coordinated by Giovanni Melillo, with the deputy prosecutor Rosa Volpe, which led to 63 precautionary measures, after an investigation by the Currency Police Unit, coordinated by General Vito Giordano, and by the units of Economic and financial police of Naples, Caserta and Salerno. During the investigation, an intimate connection was discovered between the tax fraud systems and the money laundering activities of the clans. This is the heart of the investigation born from another investigation that originally aimed to identify cash flows of construction companies suspected of close links with the Casalesi.Postal current accounts identified in the name of people who had no economic capacity and who instead had thousands of euros in deposit and withdrew every day at ATMs. The companies involved operated in the fuel trade, the new investment frontier of organized crime, and almost all fictitious, and in the timber trade, with gigantic financial volumes.