Neighbors alerted police in Brazil that the man was approaching children in the area. But when they were to arrest the suspected pedophile, they found something completely different - a huge collection of Nazi objects. 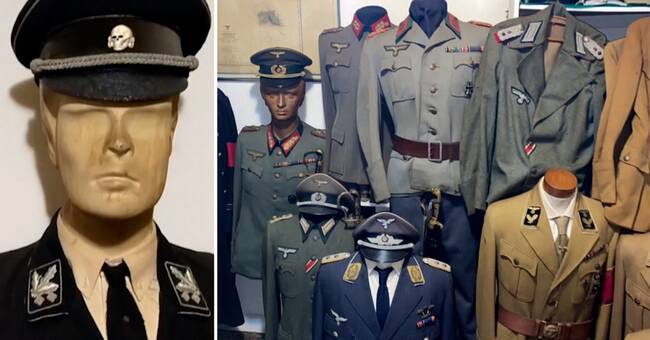 The seizure was made during a house search on Tuesday at the 58-year-old man in Rio de Janeiro.

The arrest warrant was issued for suspected pedophilia after the man's neighbors reported that he had approached children in the area and tried to take them to his home.

At the man's home, the police found both abusive material and the large collection of Nazi objects.

The collection is described as comparable to what can be found in a museum and is estimated to be worth close to SEK 30 million.

Over 1,000 different items were seized, including uniforms, works of art, newspapers from World War II, photos of Adolf Hitler and medals from the Third Reich.

- We will deepen our investigation, not only in the origin of the cases but also regarding the pedophilia suspicions for which he was originally investigated, says police chief Luis Armond to Reuters.

The man is suspected of, among other things, illegal possession of weapons, racial discrimination and possession of child pornography.

According to Armond, he risks up to 30 years in prison if convicted of the crimes.

See the police crackdown in the clip above