What enlightenment does this revolution that occurred 110 years ago leave today?

Current Affairs News 丨 The revolution that occurred 110 years ago, what enlightenment does this revolution leave today?   1911 is the Xinhai Year of the Chinese Lunar Calendar. The 1911 Revolution that took place this year overthrew the Qing government and ended the monarchy system that had lasted for thousands of years in China, and became a milestone historical event. On October 9 this year, 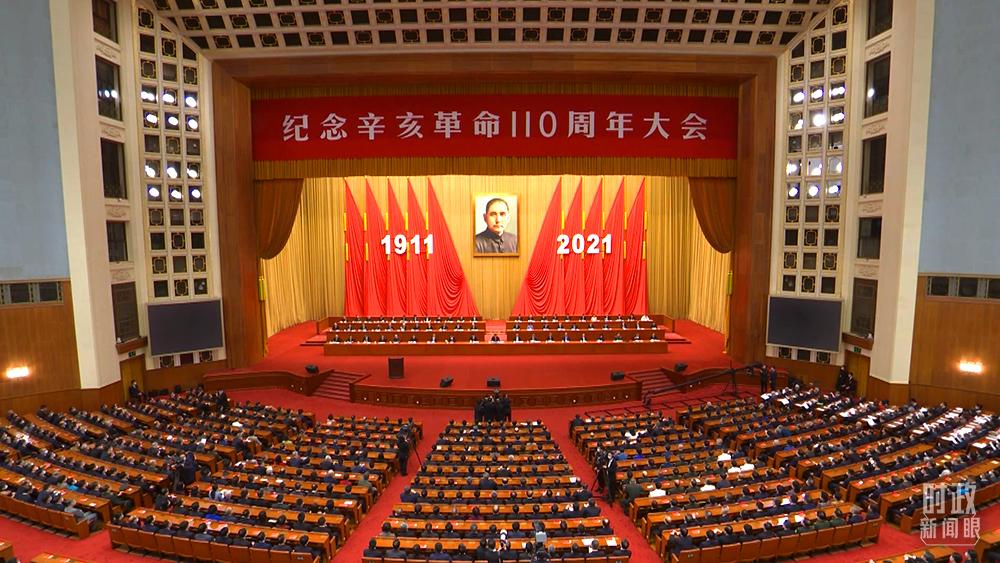 Current Affairs News 丨 The revolution that occurred 110 years ago, what enlightenment does this revolution leave today?

1911 is the Xinhai Year of the Chinese Lunar Calendar.

The 1911 Revolution that took place this year overthrew the Qing government and ended the monarchy system that had lasted for thousands of years in China, and became a milestone historical event.

The Monument to the People's Heroes stands in the rain.

The reliefs of the Wuchang Uprising and the vigorous and powerful inscriptions all remember that period of history.

"This goes back to 1840. Since then, in order to oppose domestic and foreign enemies, strive for national independence and the people's freedom and happiness, the people's heroes who have sacrificed in previous struggles will be immortal!"

In the Great Hall of the People, General Secretary Xi Jinping looked back at the revolutionary situation and talked about the heroes of Xinhai.

△The scene of the meeting to commemorate the 110th anniversary of the Revolution of 1911.

Five years ago, in this late autumn season, Xi Jinping spoke highly of the historical achievements of the Revolution of 1911 at the meeting to commemorate the 150th anniversary of the birth of Dr. Sun Yat-sen.

Five years later, to talk about the achievements of the Revolution of 1911, the general secretary wrote more:

“The Revolution of 1911 greatly promoted the emancipation of the Chinese nation’s mind, spread the idea of ​​a democratic republic, opened the floodgates of China’s progressive trend, shook the foundations of the reactionary ruling order, and established the first republic in Asia on the land of China. The tremendous shock and profound influence have promoted social changes in China and explored the way for the great rejuvenation of the Chinese nation."

Open the floodgates, kick off the curtain, and the Revolution of 1911 proclaimed the initiative and advocated justice.

It is from this meaning that General Secretary Xi Jinping reiterated at the commemorative meeting: "The Revolution of 1911 will always be a standing milestone on the journey of the great rejuvenation of the Chinese nation!"

During the long National Day holiday that just passed, many Chinese walked out of their homes to enjoy the mountains and rivers of the motherland, feeling the changes over the years.

The scene of China today is exactly the dream of the revolutionaries of 1911.

Time is pulled back a hundred years ago.

From 1917 to 1919, Sun Yat-sen wrote the book "General Plans for the Founding of the Nation", conceiving a grand blueprint for China’s construction, in which it proposed to build about 160,000 kilometers of railways, 1.6 million kilometers of roads, excavate and renovate national waterways and canals, and build The Three Gorges Dam, building three world-class seaports...

At that time, some foreign journalists thought that these ideas of Sun Yat-sen were completely impossible to realize.

Sun Yat-sen said in the book: "I believe that it is feasible, and the difficulty of moving mountains and filling the sea will eventually succeed."

In November 2016, General Secretary Xi Jinping comforted the great pioneer at the meeting to commemorate the 150th birthday of Mr. Sun Yat-sen:

"On the land of the motherland, railways enter Qinghai-Tibet, highways are densely networked, high gorges exit Pinghu, ports are connected to five oceans, there are many industries, rice and wheat are everywhere, Shenzhou is in space, and national defense is stronger..."

At the meeting to commemorate the 110th anniversary of the Revolution of 1911, the general secretary expressed this emotion:

"Focusing on the present and past, Mr. Sun Yat-sen's long-cherished wish to rejuvenate China, the pioneers of the Revolution of 1911 have a beautiful vision for the development of the Chinese nation, and the great dream that the Chinese people have dreamed of and struggled for in modern times has been or is becoming a reality."

△ Participants at the conference that day.

History has and will continue to prove that the Chinese Communists are the most steadfast supporters, most loyal collaborators, and most loyal successors of Mr. Sun Yat-sen's revolutionary cause.

The Revolution of 1911 took a big step, but this step was limited.

At the meeting to commemorate the 150th anniversary of the birth of Dr. Sun Yat-sen in November 2016, Xi Jinping summarized the historical limitations of the Revolution of 1911 into "three nos": it did not change the social nature of the semi-colonial and semi-feudal old China, did not change the tragic fate of the Chinese people, and did not Complete the historical task of achieving national independence and the liberation of the people.

At the meeting to commemorate the 110th anniversary of the Revolution of 1911 on October 9, the general secretary attributed the reasons for the "three nos" to the failure to

The road has to be taken step by step.

After the first step is taken, there may be second and third steps.

After the Revolution of 1911, the Chinese who were baptized in this revolution continued to explore the way to save the country and the people.

Ten years after the outbreak of the Revolution of 1911, the Communist Party of China was born in 1921, "lighting up the beacon for the great rejuvenation of the Chinese nation."

At the commemorative meeting on October 9, Xi Jinping summarized five historical revelations from the 110 years of the Revolution of 1911.

The first two revelations are related to

leadership and the right path

"Struggle", "Unity" and "Peace" are the other three key words of historical enlightenment.

Xi Jinping said that the 110-year history of the Revolution of 1911 has revealed to us that to realize the great rejuvenation of the Chinese nation, we

must rely on the heroic struggle of the Chinese people themselves

Sun Yat-sen insisted on "My ambition, never go forward, the more frustrated, the more vigorous, and continue to work harder."

While he was dying, he still remembered "peace, struggle, and save China."

Xi Jinping issued this warning at the meeting to commemorate the 150th anniversary of the birth of Dr. Sun Yat-sen: Never imagine that we can beat the gongs and drums to achieve our goals smoothly.

Today, the great rejuvenation of the Chinese nation has entered an irreversible historical process.

The prospects are bright and vast, but the road ahead will not be smooth.

At the commemorative meeting on October 9th, the general secretary said that we must resolutely overcome any major risks and challenges that may hinder the process of the Chinese nation's rejuvenation with the will and the quality of being daring and good at fighting.

△The portrait of Mr. Sun Yat-sen hangs in the middle of the back of the conference rostrum.

The united Chinese nation is the common root of the Chinese people at home and abroad.

Realizing the Chinese dream of the great rejuvenation of the Chinese nation is a dream shared by all Chinese people at home and abroad.

, Xi Jinping said that realizing the great rejuvenation of the Chinese nation requires not only a stable and united domestic environment, but also a peaceful and stable international environment.

Precisely because it is well versed in the truth that "the world is good, China can be good; China is good, the world is better", China has always been a builder of world peace, a contributor to global development, and a defender of international order.

△Some foreign envoys in China who attended the conference that day.

On July 1 this year, General Secretary Xi Jinping pointed out at the celebration of the 100th anniversary of the founding of the Communist Party of China, “Solving the Taiwan issue and realizing the complete reunification of the motherland are the unswerving historical tasks of the Communist Party of China and the common aspiration of all Chinese people.”

At the commemorative meeting on October 9, the general secretary emphasized that achieving the reunification of the motherland by peaceful means is most in line with the overall interests of the Chinese nation, including the Taiwan compatriots.

The Chinese nation has a glorious tradition of opposing division and maintaining unity.

both sides of the strait must

stand on the right side of history

and jointly create the glorious cause of the complete reunification of the motherland and the great national rejuvenation.

The general secretary emphasized that the historical task of the complete reunification of the motherland must be achieved, and it will definitely be achieved!

He reiterated that the Taiwan issue is purely China's internal affair and will not tolerate any external interference.

No one should underestimate the Chinese people's determination, determination, and strong ability to defend national sovereignty and territorial integrity!

The Taiwan issue arises from the weak and chaotic nation, and will surely be resolved with national rejuvenation.

"I hope that all monarchs will put the responsibility of revitalizing China on their own shoulders." This was the call of Mr. Sun Yat-sen.

It is the best commemoration to continue to advance the great cause that Sun Yat-sen and all the revolutionary ancestors fought for.