The 2021 Nobel Peace Prize was awarded to Maria Ressa and Dmitri Muratov for their efforts to promote freedom of expression in the Philippines and Russia, the Nobel Committee announced on Friday ... 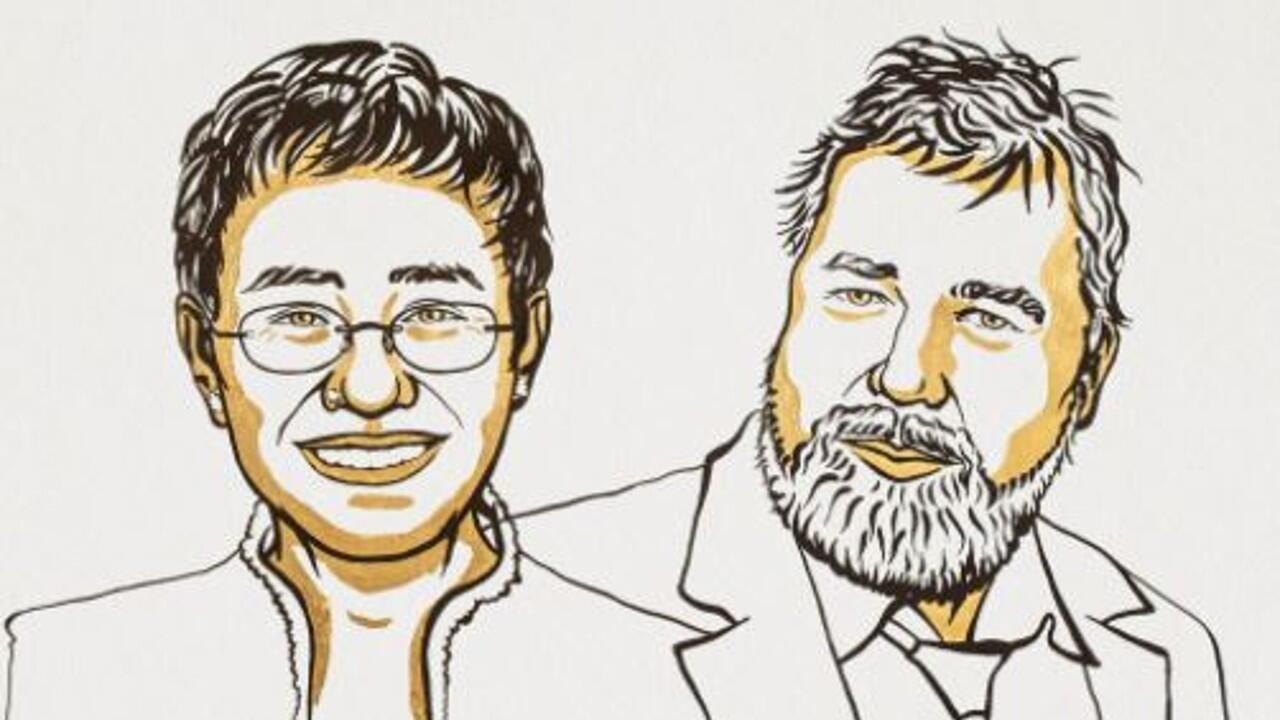 The Nobel Peace Prize winner this year crowned the "courageous fight for freedom of expression" of two journalists.

The Norwegian committee awarded the prestigious prize on Friday 8 October to the Filipina Maria Ressa and the Russian Dimitri Muratov.

Maria Ressa and Dimitri Muratov "are the representatives of all the journalists who defend this ideal in a world where democracy and freedom of the press are faced with increasingly unfavorable conditions", declared the president of the Nobel committee, Berit Reiss-Andersen, in Oslo.

Aged 59, Dimitri Muratov, one of the founders and editor-in-chief of the Russian newspaper Novaya Gazeta "has for decades defended freedom of expression in Russia under increasingly difficult conditions," said the jury.

As for Maria Ressa (58), with her investigative media Rappler co-founded in 2012, "she uses freedom of expression to expose the abuse of power and increasing authoritarianism in her native country, the Philippines", led by Rodrigo Duterte, he greets.

Press freedom in the spotlight for the first time

Press freedom, never sacred until now, was among the favorites for this year, but the 329 candidates running were kept under wraps.

The prize - a gold medal, a diploma and a sum of 10 million Swedish kronor (nearly 980,000 euros) - must be physically presented on December 10 in Oslo if sanitary conditions permit.

Last year, the Nobel Peace Prize awarded the United Nations World Food Program (WFP) for its efforts against hunger in the world.

After peace, the only Nobel awarded in Oslo, the season of prizes awarded since 1901 ends on Monday in Stockholm with the economy.