America reveals its stockpile of bombs.. Figures on the warheads of nuclear states, and Russia takes the lead

The United States has disclosed its nuclear warheads, at a time when new military statistics reveal the nuclear bombs in the possession of Russia, China, India, Pakistan, France, Britain, North Korea and Israel. 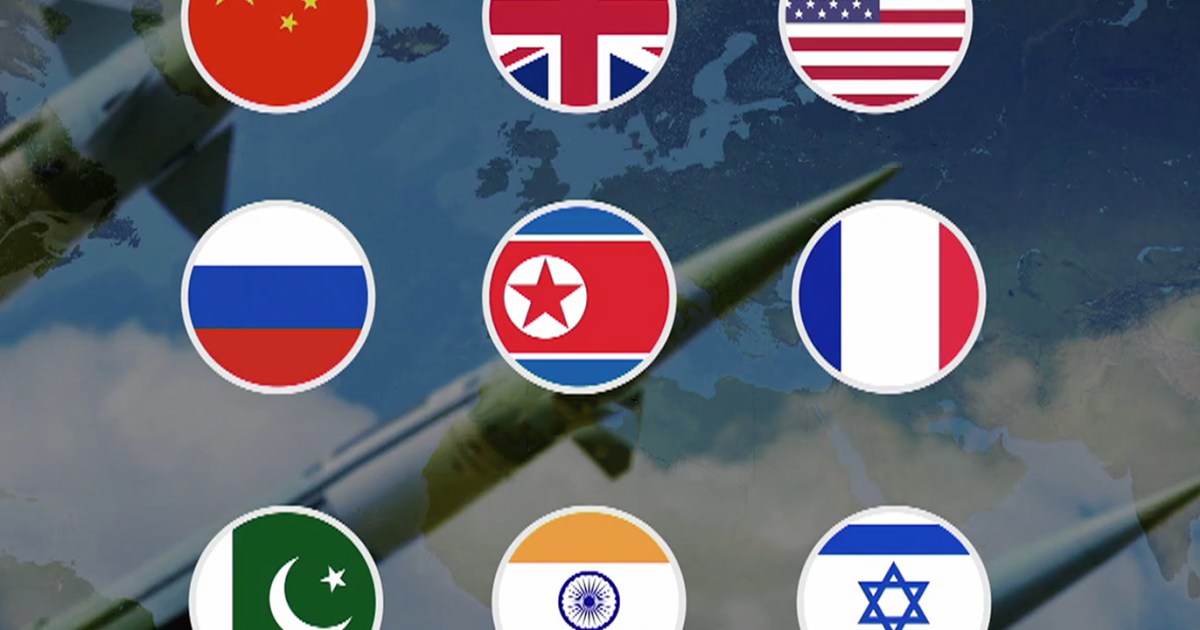 On Tuesday, the US State Department published the size of the country's stockpile of nuclear warheads for the first time in 4 years, at a time when new military statistics about the nuclear bombs owned by Russia, China, India, Pakistan, France, Britain and North Korea showed.

After the blackout imposed by former President Donald Trump on this data, the State Department said that on September 30, 2020, the military possessed 3,750 activated or inactive nuclear warheads, 55 fewer than the previous year, and 72 more than the same day in 2017.

This number is the lowest since the US nuclear stockpile reached its peak at the height of the Cold War with Russia in 1967, when it amounted to 31,255 warheads.

The announcement of the figures Tuesday came as the administration of President Joe Biden is making efforts to restart arms control talks with Russia that have faltered under Trump.

"Increasing transparency about countries' nuclear stockpiles is critical to nonproliferation and disarmament efforts," the State Department said in a statement.

It is noteworthy that Trump withdrew his country from the Iranian nuclear agreement and the Intermediate-Range Nuclear Forces Treaty with Russia, and withdrew from another agreement, the New START treaty, last year before it expired on February 5.

This treaty provides for a maximum number of nuclear warheads that Washington and Moscow can keep, and withdrawal from them could have reversed the reduction of these warheads by both sides.

Trump said at the time that he wanted a new deal that included China, which has few warheads compared to the United States and Russia.

But Biden, who took office on January 20, immediately proposed a 5-year extension of the treaty, which his Russian counterpart Vladimir Putin quickly agreed to.

The treaty limits the number of nuclear warheads that Moscow and Washington can deploy to 1,550.

Russian and US diplomats held closed-door meetings last week, in Geneva, to begin discussions on the "Tele START" treaty and the control of conventional arms as well.

A US official described the talks as "productive," but both sides said it was a positive thing to even have the talks.

According to statistics published by the Stockholm International Peace Research Institute, the United States possesses 5,550 nuclear warheads, compared to 6,255 in Russia, 350 in China, 225 in Britain, and 290 in France.

These numbers include the warheads that were withdrawn and not included in the US State Department figures.

The Stockholm Institute stated that India, Pakistan, Israel and North Korea together possess about 460 nuclear warheads.