China has violated the airspace over Taiwan once again in a short time, this time with a record number of military aircraft. 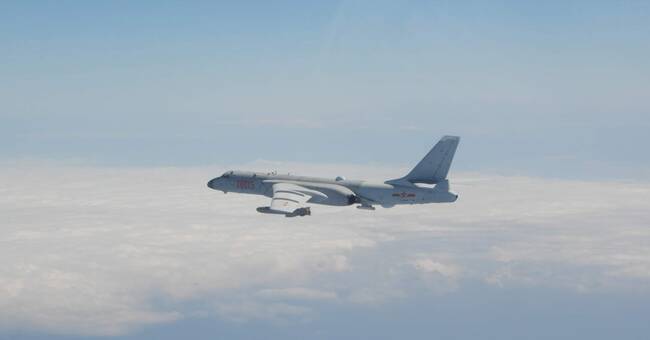 It happened near the Dongsha Islands (also called the East Sand Islands), southwest of Taiwan.

Taiwanese fighter jets took off to mark against the Chinese, Taiwan announces.

The zone is not the same as Taiwanese airspace, but refers to a larger area.

In the last four days, there has been an escalation of these flights, starting on China's National Day on Friday.

In total, about 150 Chinese military planes have frequented the Taiwanese zone during these days.

The biggest violation before that was when 28 planes flew into the zone in June this year.

The United States, as good relations with Taiwan, calls on China to stop provoking.

The Chinese Foreign Ministry believes that it is the United States that is provoking in the area around the South China Sea and strikes back:

"Working for Taiwanese independence is a dead end.

"China will take all necessary measures and firmly crush Taiwan's plans for independence," the