What does it mean for the world to build a well-off society in an all-round way in China? 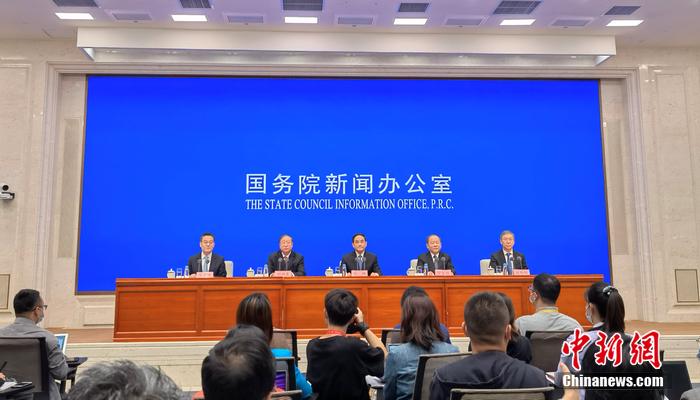 (Economic Observation) What does China's comprehensive construction of a well-off society mean to the world?

China News Service, Beijing, September 28th, title: What does it mean for the world to build a well-off society in an all-round way in China?

On July 1 this year, China announced to the world that it will build a well-off society in an all-round way. As the world's most populous country and the second largest economy, what does this achievement of China mean to the world?

What new opportunities will it bring to the world economy?

On the 28th, the State Council Information Office of China released the white paper "China's Comprehensive Well-off Society" (the "White Paper"), which comprehensively explained the importance of China's comprehensive well-off society to the world.

The white paper pointed out that China's comprehensive construction of a moderately prosperous society, making the country more prosperous, people happier, and society more stable is itself a great contribution to world peace and development.

"China’s building of a well-off society in an all-round way will not only develop itself, but also contribute to the world. If the world is good, China will be better; if China is good, the world will be better. The Chinese people who are becoming more prosperous, and China that is constantly developing and progressing, are in order to maintain world peace and promote Common development has injected positive energy." Xu Lin, deputy minister of the Central Propaganda Department and director of the State Council Information Office, said at the press conference of the State Council Information Office that day.

——Helping the cause of global poverty reduction

Getting rid of poverty is an outstanding problem that plagues global development and governance. China has built a moderately prosperous society in an all-round way, which has significantly reduced the world’s poor population.

The white paper pointed out that since the reform and opening up, according to the current poverty standards, 770 million rural poor people in China have been lifted out of poverty; according to World Bank standards, China’s poverty reduction population accounted for more than 70% of the global poverty reduction population during the same period. The Poverty Reduction Goal of the Sustainable Development Agenda.

China has built a moderately prosperous society in an all-round way, and more than 1.4 billion Chinese people, who account for nearly 20% of the world’s population, are embarking on a new journey of building a socialist modern country in an all-round way. This is an unprecedented major change and event in human history.

Ning Jizhe, deputy director of the National Development and Reform Commission of China and director of the National Bureau of Statistics, said that in recent years, the world’s poor population has not decreased but increased, and the global poverty reduction has encountered bottlenecks. China’s achievements in poverty reduction have contributed to the global reduction in poverty. Poor undertakings have injected confidence and strength.

In the post-epidemic era, the global economic recovery still faces many challenges.

The white paper pointed out that China took the lead in controlling the epidemic, resuming work and production, taking the lead in realizing economic growth from negative to positive, and once again becoming an important engine for global trade and economic recovery.

In the first half of this year, China's economy grew by 12.7% year-on-year, which not only became an important force driving the recovery of the global economy and trade, but also played an active role in maintaining the stability of the global supply system.

At the same time, for more than a year, China has supplied hundreds of billions of masks and more than one billion doses of vaccines to the world, which has strongly supported the development of anti-epidemic in various countries.

——Create a broad market and opportunities

China has built a moderately prosperous society in an all-round way and continuously expanded its opening up to the outside world. This will bring huge markets and opportunities to the prosperity and development of the world economy.

Ning Jizhe said that at present, China has become the world's second largest consumer market and the largest trading country in goods, and it ranks among the top in the world in the use of foreign capital and foreign investment.

As China accelerates the construction of a new development pattern with the domestic large cycle as the main body and the domestic and international double cycles mutually promoting each other, the potential of the Chinese market will burst out day by day. More powerful opportunities for cooperation and broader development space.

He said that according to estimates, in the next five years, China’s imports of goods from other countries and regions will exceed 10 trillion U.S. dollars, and its direct investment in other countries and regions will exceed 550 billion U.S. dollars, which will surely contribute to the stable recovery and sustained development of the global economy. Provide strong motivation.

"After more than 70 years of construction and development in New China, especially over 40 years of reform and opening up, China’s economy has gone from being poor and white to second in total in the world. A great leap forward.” Ning Jizhe said that starting from 2019, China’s per capita GDP has exceeded 10,000 U.S. dollars, which has increased the total population of economies with a per capita GDP of more than 10,000 U.S. dollars by 1.4 billion people, approaching 3 billion people. Nearly doubled.

The white paper pointed out that China has built a well-off society in an all-round way, which has explored a new path for mankind to modernize.

China has built a moderately prosperous society in an all-round way, has embarked on a new path of Chinese-style modernization, created a new form of human civilization, and has provided new choices for countries and nations in the world that both want to accelerate development and maintain their independence, and provide development for all countries. opportunity.