In Kiev, supported the meeting of the "Normandy Four" before Merkel's departure from the post of chancellor

Kiev is working to ensure that the meeting of leaders in the Normandy format will take place before Angela Merkel leaves the post of Chancellor of the Federal Republic of Germany. This was announced by the head of the office of the President of Ukraine Andriy Yermak. 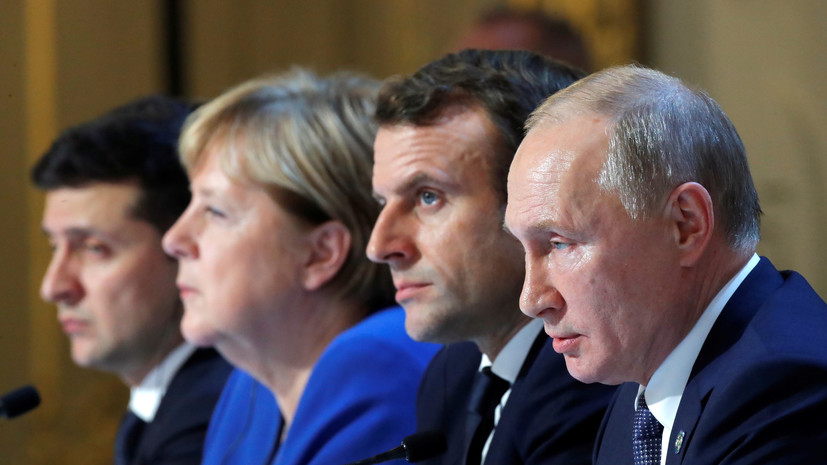 On the air of ICTV, he noted that consultations are continuing.

“Today we are working to ensure that the meeting of the leaders of the Normandy format will take place before the end of Mrs. Merkel's term.

This would be very fair, because she did a lot for this and we have only two witnesses out of four leaders who remember and were present during the signing of the agreements, ”NV.ua quotes Ermak.

According to him, it is very important for the Ukrainian side that the summit is held in the near future.

Earlier, Yermak said that the issues of the operation of Nord Stream 2 and the preservation of the transit of Russian gas through the territory of Ukraine should be included in the program of meetings in the Normandy format.