China is going to detect the sun! Netizen: I can finally stand shoulder to shoulder with the sun

The opening of the 13th China International Aerospace Expo is coming soon. When the reporter visited the exhibition on the 27th, it was discovered that the Eighth Academy of China Aerospace Science and Technology Corporation had exhibited the relevant contents of the solar dual super satellite developed by the Academy. As China's first solar exploration science and technology test satellite, the 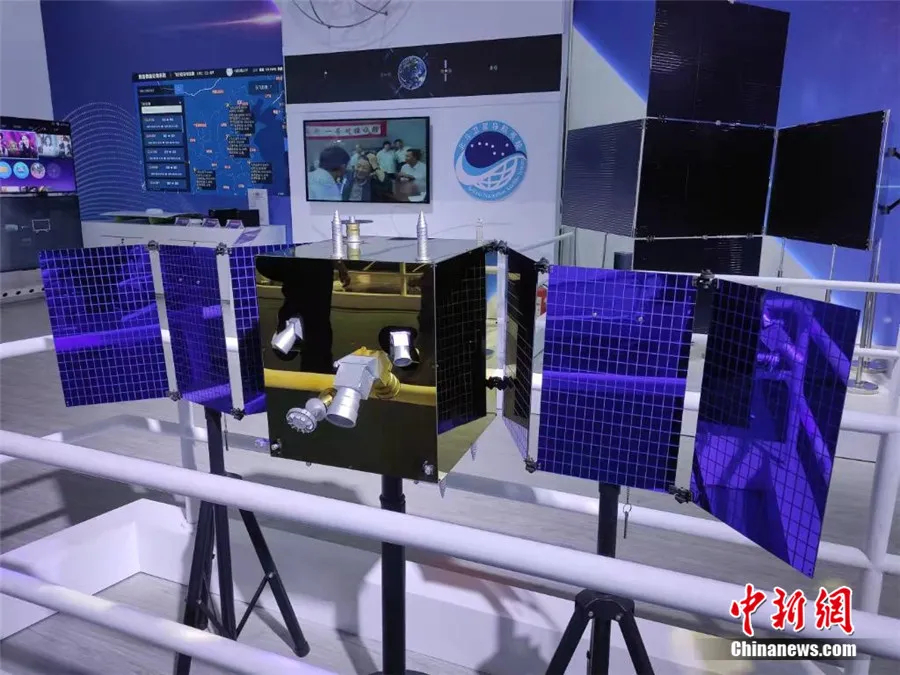 The opening of the 13th China International Aerospace Expo is coming soon.

When the reporter visited the exhibition on the 27th, it was discovered that the Eighth Academy of China Aerospace Science and Technology Corporation had exhibited the relevant contents of the solar dual super satellite developed by the Academy.

As China's first solar exploration science and technology test satellite, the Sun Dual Super Satellite is expected to be launched this year, marking that China will officially enter the "Era of Solar Exploration."

Why carry out space solar exploration?

Why is it necessary to carry out optical waveband detection, and what is the difficulty?

What is the current status of global space solar exploration?

The reporter interviewed Wang Wei, deputy director of the 509th Institute of the Eighth Academy of China Aerospace Science and Technology Corporation, and took you to China's first solar exploration science and technology experimental satellite: the solar double super satellite.

Why does China carry out solar exploration in space?

The sun is the only star in the universe that can be observed with high spatial resolution. Through the detection of the sun, people can deeply understand the origin and evolution of celestial magnetic fields, the acceleration and propagation of high-energy particles and other important physical processes, which are of great significance to astrophysics research. .

At the same time, changes in the sun profoundly affect the survival of life on earth.

Solar activity events such as strong flares and coronal mass ejections are constantly affecting the earth's space environment, interfering with communications and navigation, threatening the health of astronauts, and even destroying spacecraft.

Therefore, the observation and research of solar activity not only has important scientific significance, but also has great application value.

Wang Wei said that at present, China has initially established a ground-based solar monitoring network and has achieved certain results in the solar spectrum and solar magnetic field, but space exploration still needs to be fully developed.

Carrying out space solar exploration will effectively serve China's basic scientific research, drive the development of related high-tech industry chains, and even lead the development of international solar physics research in the near future.

Why is it necessary to carry out optical waveband detection, and what is the difficulty?

Because the earth’s atmosphere is opaque to electromagnetic waves such as ultraviolet and X-rays, historical space solar observations focused on the upper atmosphere (corona and transition zone) of the sun when resources were limited and technical conditions were insufficient. Observations in visible light and other wavebands are mainly based on ground-based telescopes.

However, the visible light band observation on the ground will be affected by rainy weather, and continuous observation cannot be achieved. Moreover, it is affected by the absorption and disturbance of the earth's atmosphere, and the observation resolution is very low.

"Therefore, the development of space observations in the optical band is an inevitable development trend in the field of international solar physics research." Wang Wei said.

The solar Hα spectrum is the chromosphere spectrum with the strongest response during the solar eruption, which can directly reflect the characteristics of the source area of ​​the eruption, and can make up for the lack of observations of the lower atmosphere (photosphere and chromosphere) of the sun by the current space telescope.

Using hyperspectral imaging technology, a full-plane image of any wavelength near the Hα band can be obtained at the same time to achieve all-weather, high-temporal-spatial resolution, and high-spectral resolution solar observations, which can provide accurate and reliable data for the study of solar bursts.

The realization of high spectral resolution imaging requires extremely high pointing accuracy and stability of the detection payload during the imaging process, which poses a great challenge to the performance of the satellite platform.

What is the current status of global space solar exploration?

Since the 1970s, the United States, Europe, and Japan have launched dozens of dedicated solar exploration satellites.

At the same time, the satellite is designed with an ultra-high pointing accuracy and ultra-high stability platform (referred to as a "dual super" satellite platform).

By adopting the detachable design concept of the platform cabin and the load cabin, the ultra-high precision pointing and stable control of the load cabin will be realized, which is 1-2 orders of magnitude higher than the existing level.

Netizen: I really want to fly side by side with the sun

@ Ningyan: Kuafu, after thousands of years of hard work, it is finally coming true!

@留 few: Be sure to launch at night, the sun is so big during the day, don't burn it out!

@ArcherVII: This is the prelude to the satellite flying to the sun.