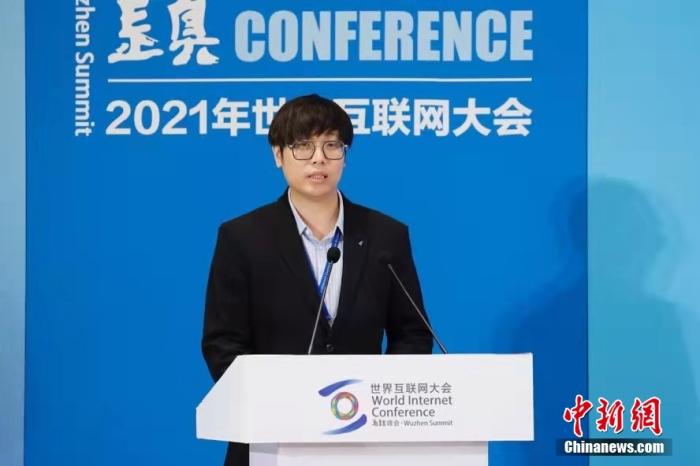 Fu Yu, the creator of "Wuhe Qilin", shared his creative mentality behind a series of paintings, and explored the "extraordinary power" of visual communication.

The following is an excerpt from the speech:

It is a great honor to be here today to share with you some of my superficial views.

My topic today is "Exploration of Visual Communication in the Epidemic Era".

With the spread of the new crown epidemic around the world, the international public opinion field has shown a complicated situation, but I am not a professional in international communication, so I just use the brush to record some deeply emotional content, combined with my own works. Talk about the experience, for reference only:

First, use visual creation to find a breakthrough in cross-cultural communication.

With the spread of the epidemic and the problems that some Western countries have encountered in the fight against the epidemic, a series of politicized issues such as manipulation, traceability, and accountability have become tactics used by a few anti-China politicians to spread.

Under such circumstances, many slander and offensive remarks against China have begun to appear in the international public opinion field. If China wants to fight back, it must fill in its language disadvantages, overcome the barriers of cross-cultural communication, and find a breakthrough in international communication.

At that time, I made up my mind, not only to produce some popular works in China, but also to find an effective product that can be disseminated internationally to speak for China.

So I created the work "White House Painter". The two characters in the picture are very familiar to everyone.

One of them is painting the new crown virus in the room red and attaching a five-pointed star, while the one on the left is urging to say "Hurry up, I can't control it anymore" and is facing the media. The camera is at a loss.

This is a portrayal of some American and Western politicians who spared no effort to vilify China, fabricate lies, and deceive themselves.

I blended my personal perception into this picture, created it, and expressed it.

"The Transformation of the Gods".

In July this year, I created this "God Transformation" again.

The above two paintings have achieved good results on social platforms at home and abroad. I think that creating a caricature in the international public opinion field to express attitudes and opinions has the effect of a picture worth a thousand words. It has extraordinary power. Through concrete visual metaphors, the construction of multiple meanings that can only be realized is completed.

In international communication, this type of visual product can overcome language barriers and use international symbols and forms to complete self-expression and transmission of opinions, which is also in line with a characteristic of socialized communication.

So my creation was not limited to the epidemic. I started to pay attention to international hot spots, such as the recent situation in Afghanistan. I also created works that express my views.

Like this work, an American soldier and an Afghan girl are sitting at an unfair poker table.

Even the croupier at this poker table communicated with American soldiers under the table to pass some cheating cards.

The third point is to use the visual language system to promote the construction of positive narratives.

In addition to such confrontational revelations and irony, we also need to provide a constructive perspective, show China's plan, and make overseas people empathize.

For example, in the prevention and control of the epidemic, I created this picture called "Hundred Immunity". This painting reflects the general negative attitudes and inaction attitudes in the early stages of this epidemic in Western countries, and even throws out "group immunity". "Immunization" is a confusing policy for responding to the epidemic.

In comparison, another piece of "Armored Armor" I created demonstrates our country's fundamental thinking of relying on the people, firmly uniting the people, and doing everything for the people.

Anti-epidemic is a people's war without gunpowder. It is not a fantasy for mankind to defeat the new crown virus. As long as the "blood path" of political manipulation is abandoned, a broad range of trust and consensus can be established, in the trust of all mankind. , A new chapter belonging to human civilization will inevitably open a new page with the word "security".

Trust and security, I hope these two beautiful words can come as soon as possible with the joint efforts of people around the world who truly love peace and understand the value of unity.

As I said at the beginning, I am not a communication professional, so I cannot sum up more theoretical knowledge. I am just a Chinese creator. I am very happy that my work can be liked by so many people. I am also honored that my own work can make a small contribution to our country.

And the way I express these emotions is to use my brushes and my creations to express them, so I will continue to create more works that express our common simple emotions.