Pictures of Putin on vacation reveal his handling of difficult circumstances

Pictures and videos of the Kremlin showed today, Sunday, the ability of Russian President Vladimir Putin to deal with difficult conditions during his vacation in southern Siberia, by catching fish and walking in a field of trees and plants. 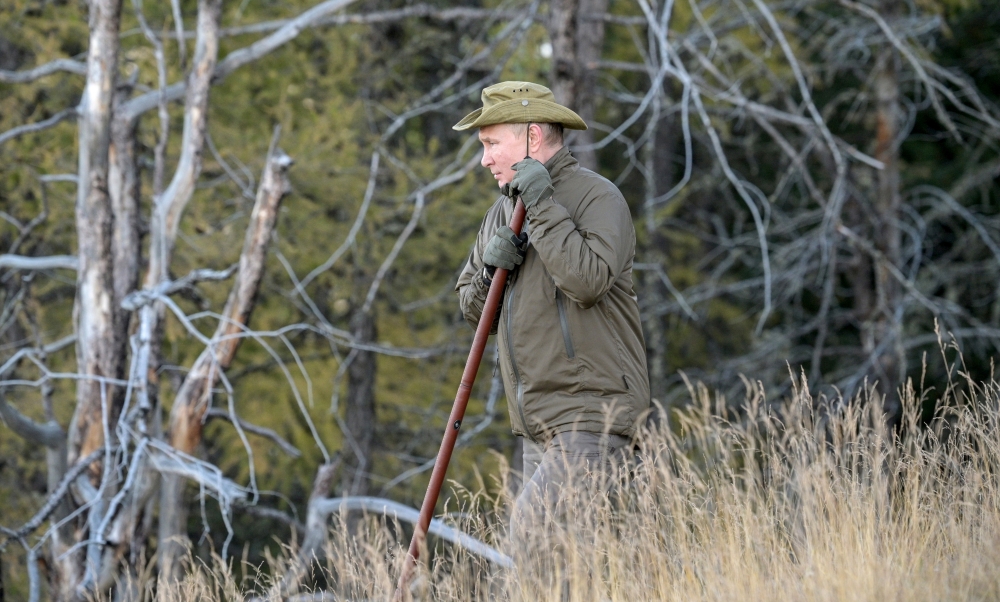 Pictures of Putin on vacation reveal his handling of difficult circumstances

Pictures and videos of the Kremlin on Sunday showed Russian President Vladimir Putin's ability to deal with difficult conditions during a holiday in southern Siberia, by catching fish and walking through a field of trees and plants.

On Sunday, state television showed more than 10 minutes of a video clip provided by the Kremlin press office regarding the vacation that Putin took in early September.

Defense Minister Sergei Shoigu, a close friend of Putin's, was also mentioned on the trip for the second time.

In the video, the director of a nature reserve is shown explaining to Putin that there are about 600 bears living in the area, and the Russian president replied that it was "great."

It seems that the 68-year-old man was fascinated by a group of red deer that he noticed in that vast grassy area, and Putin joked with the director of the reserve, saying that if these deer were in the Olympics, no one would have matched them.

After that, Putin rested in a tent all night.