Ethiopian Foreign Minister Demeke Mekonnen confirmed that the Renaissance Dam faced "endless threats", and that his country is continuing to exploit its natural resources, while an Egyptian study warned of the possibility of the dam's collapse. 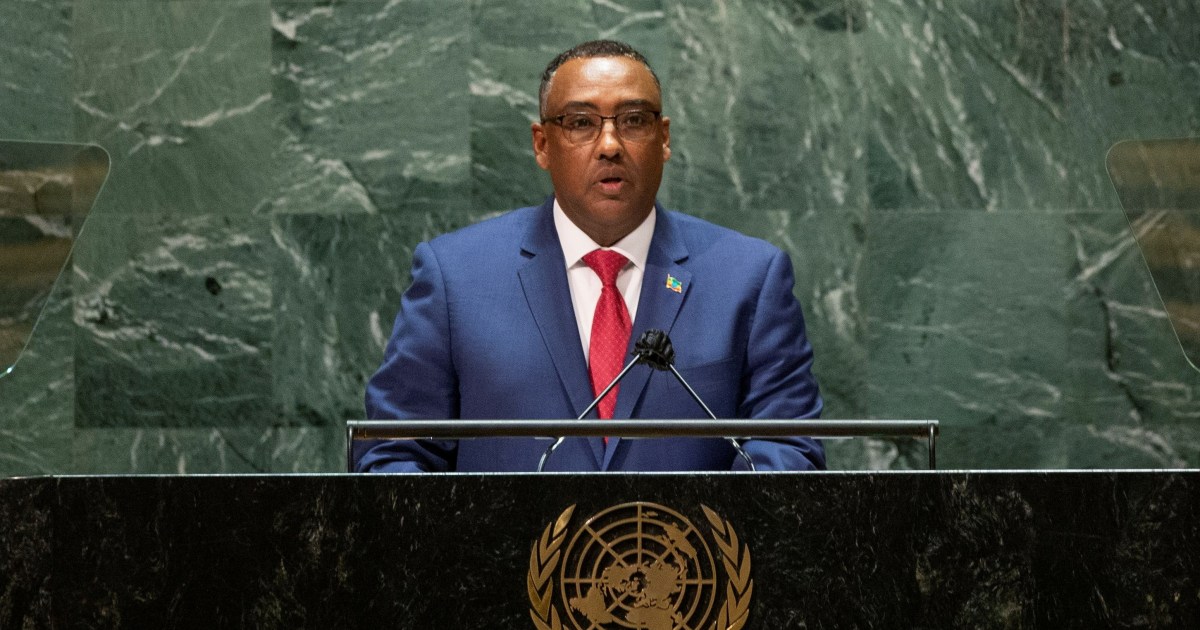 Ethiopian Foreign Minister Demeke Mekonnen confirmed that the Renaissance Dam faced "endless threats", and that his country is continuing to exploit its natural resources, while an Egyptian study warned of the possibility of the dam's collapse.

In a speech he delivered on Saturday at the United Nations General Assembly, Mekonnen - who also holds the position of Deputy Prime Minister - spoke about the threats to the dam without revealing their nature.

And Addis Ababa had recently referred to attempts by the Tigray Liberation Front to target the dam, amid reports that the facility located on the Blue Nile River might be subjected to military action in light of the impasse in the negotiations between Ethiopia, Egypt and Sudan.

The Ethiopian minister added that the Renaissance Dam project, which aims to provide electricity to millions of Ethiopians, has become a politicized matter before international bodies, referring to the recent presentation of the issue before the UN Security Council.

He said that his country's desire to use its natural resources will not stop because of what he described as the colonial legacy, in reference to the Renaissance Dam crisis with Egypt and Sudan.

"We are accused and threatened simply because we drink from our water. As for the issue of the Nile River and the Renaissance Dam, truth, wisdom and justice always determine our path to cooperation. The colonial legacy and monopoly will not stop the thirst of generations to use our natural resources," Mikkonen said.

The Ethiopian Deputy Prime Minister and Minister of Foreign Affairs expressed his hope that his country's negotiating partners will be ready to reach a mutually beneficial settlement within the process led by the African Union.

Ibrahim Idris, the legal advisor to the Ethiopian Foreign Ministry and a member of the team involved in the Renaissance Dam negotiations, said that his country will sign an agreement with Egypt and Sudan only if its national and future development interests are secured, by making use of its water resources.

The Ethiopian News Agency quoted Idris that his country will not sign an agreement that affects the future of development, stressing that the path to the final solution is to stop the internationalization and politicization of the issue, resume negotiations and provide smart solutions in line with reality.

He affirmed Ethiopia's readiness and readiness to permanently benefit from the waters of the Nile, even though it contributes 86% of the river's water resources.

For his part, Sudanese Prime Minister Abdalla Hamdok affirmed support for reaching a binding agreement that meets the needs of Sudan, Egypt and Ethiopia.

Hamdok said that the first mobilization of the dam had negative effects on his country last year (2020), reiterating his country's position rejecting any unilateral action regarding the Renaissance Dam.

At the same time, Khartoum welcomed any peaceful move to resolve the years-old crisis over the dam.

In turn, Egypt renewed its demand for a binding agreement on the filling and operation of the Renaissance Dam, which costs about $4 billion.

The President of the Democratic Republic of the Congo, Felix Tshisekedi, whose country holds the presidency of the African Union, announced last Tuesday before the United Nations General Assembly the resumption of negotiations on the Grand Ethiopian Renaissance Dam in the near future, without specifying a date for that.

About 10 days ago, the UN Security Council unanimously adopted a presidential statement calling on Ethiopia, Egypt and Sudan to resume negotiations led by the African Union in order to reach a binding agreement.

The risk of a dam collapse

Meanwhile, a recent Egyptian study warned of the possibility of the collapse of the Grand Ethiopian Renaissance Dam, doubting Addis Ababa's ability to complete the second filling of the dam.

Hisham Al-Askari, the main researcher in the study, said - in an interview with the private Egyptian "Ten" channel yesterday, Saturday - that the study was worked on for more than 8 months with the participation of local researchers and others from universities and international bodies, noting that the Egyptian Minister of Irrigation Mohamed Abdel-Aty -who heads his country's technical delegation in the dam negotiations - also participated in them to express scientific, not political, visions.

Al-Askari added that the study is still in the process of international arbitration, noting that it relied on orbital rays and images of European satellites that monitor the dam during the period from 2016 to the second filling of the dam in July 2021.

The Egyptian researcher added that there is a possibility of the dam collapsing in the event of the second filling, and he questioned Ethiopia's ability to completely fill the dam with 74 billion cubic meters.

He said that in this case, a destructive force will be formed that no human has witnessed, and he spoke of a great threat to Sudan, suggesting that Addis Ababa would stop when filling 30 or 40 billion water as a maximum, despite the difficulty of that.

For his part, Amr Fawzy, another researcher participating in the study - in a program on the Egyptian channel "Sada El Balad" last night - said that the study will be presented to international and local experts in a session at an international water conference that Egypt will host next October.

Fawzi added that this study was resorted to due to the absence of any studies on the safety of the dam from the Ethiopian side.