"Rating due to Russophobia": the Kremlin promised to wisely respond to possible US sanctions

Russia will have to respond wisely if the United States imposes new sanctions against 35 Russian officials, journalists and businessmen from a list prepared in Washington. This was stated by the press secretary of the President of the Russian Federation Dmitry Peskov. At the same time, he stressed that if approved, new restrictions could seriously harm the agreements reached by the leaders of Russia and the United States during the summit in Geneva. The authors of the idea of ​​new sanctions, Peskov noted, are trying to "pump up their rating by fanning Russophobia." 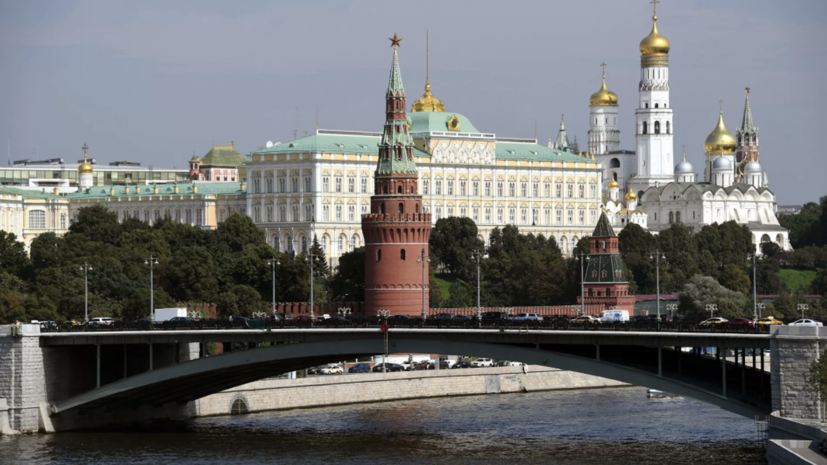 Commenting on the idea proposed in the United States to impose sanctions against 35 Russian officials, businessmen and journalists, the press secretary of the Russian President Dmitry Peskov expressed confidence in the correct reciprocal decision of the Russian side in the event of this scenario.

“We will have to answer wisely.

And I have no doubt that, as always, President Putin, who formulates our main directions of foreign policy in accordance with the Constitution, will show this wisdom, "Peskov said on the air of the Russia 1 TV channel in an interview with the Moscow.

We will remind that earlier it became known about the approval of the members of the committee on regulations of the US House of Representatives of the amendment to the defense budget for the next fiscal year.

It contains a recommendation to the country's administration to consider the possibility of sanctions against Russian businessmen, journalists and politicians.

The list also includes the editor-in-chief of RT Margarita Simonyan, journalist Vladimir Solovyov, CEO of Channel One Konstantin Ernst and others.

The authors of the document believe that the document lists people who may be involved in “human rights violations”.

Peskov noted that Putin is aware of the US intentions to impose sanctions against a group of Russians.

According to him, the reaction of the President of the Russian Federation in this regard is "quite predictable."

Also on russian.rt.com "Demonstrated a desire to look for ways to converge positions": what Putin and Biden discussed at the talks in Geneva

“It is difficult to understand such trends after what was discussed in Geneva,” said Peskov, recalling the summit with the participation of Putin and Biden, which took place in Switzerland in June.

The presidential press secretary noted that the possible introduction of sanctions prepared in the United States will deal a crushing blow to the "spirit and atmosphere of Geneva."

“I would like to hope that such stupidity will not be committed, but it is impossible to qualify it otherwise.

And that will not be just such a thoughtless ax, the damage, moreover, crushing damage to the spirit and atmosphere of Geneva is done, ”he said.

Peskov added that there are "a lot of rabid representatives" in the US Congress who play out their promises to lobbyist companies, and lobbyist companies work for Russia's ill-wishers, and "they work day and night for a lot of money."

“We know that in America, unfortunately, it’s not a fad that has gone away over the years - to pump up a rating by inflating Russophobia,” said the president’s press secretary.

Peskov also spoke about the elections to the State Duma held in Russia.

He stated that, in his opinion, electronic voting is "a great practice."

“I have already voted electronically for two votes.

And, to be honest, I would never want to go to the plots again.

Even when there is no pandemic, ”said Peskov.

He also noted that the head of state took advantage of the remote opportunity to participate in the elections.

At the same time, Peskov recalled that Putin "is not a passionate admirer of everything electronic."

At the same time, according to the press secretary of the head of state, in the case of the DEG, all modern technologies were used and absolute transparency was ensured.

You can't add five to three and leave it untouched.

A presidential spokesman added that ahead of the elections, Putin requested full information on remote electronic voting.

He also stressed that as a voter, he hopes that the program to expand e-voting will continue and eventually become all-Russian.

Also on russian.rt.com "I look forward to working together in the interests of Russia": what Putin spoke about at a meeting with the leaders of the parties that entered the Duma

Note that the day before, Vladimir Putin spoke about electronic voting.

During a meeting with the leaders of the parties that passed to the State Duma, he commented on the concerns about the operation of this system, expressed by the leader of the Communist Party of the Russian Federation, Gennady Zyuganov.

As the President noted, this issue is in the plane of the quality of the elections, and not in the form of expression of will.

“If there are doubts about the quality of control over electronic voting, let's think together how to organize it ... In principle, I listened to those who said that this is: a) inevitable;

b) convenient for people;

c) we will do everything to make it as transparent and as fair as possible, ”the president explained.

Along with this, Putin also expressed the opinion that certain questions about electronic voting in Moscow could be caused not by doubts about its quality, but by the fact that "someone did not like the result."