The World Health Organization recommends a new treatment for Corona, the price of which is 2000 dollars per dose

The World Health Organization has officially recommended the use of a third treatment against the emerging coronavirus disease (Covid-19), so what is it? What are the other treatments? What are the most promising treatments? 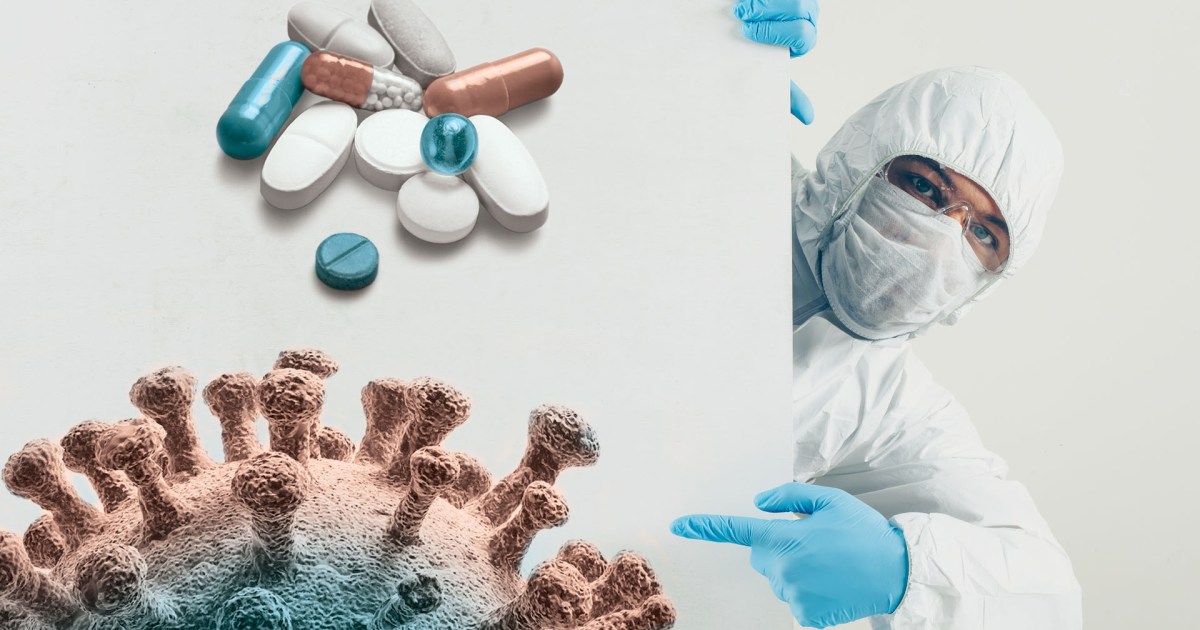 Yesterday, Friday, the World Health Organization officially recommended the use of a third treatment against the emerging coronavirus disease (Covid-19), so what is it?

What are the other treatments?

What are the most promising treatments?

And what drugs have been proven ineffective for Corona?

The third treatment recommended by the WHO is the synthetic antibody to Regeneron, but only in some cases.

The high-cost treatment was developed by Regeneron and marketed by Roche's laboratory as Ronabrev, which is a mixture of laboratory-made antibiotics.

Former US President Donald Trump received this treatment when he contracted COVID-19 in September and October 2020.

The World Health Organization has recommended this combination of two monoclonal antibodies (casirivimab and imdevimab), but only for two groups of patients;

“Patients with mild forms of COVID-19, who are at high risk of hospitalization,” such as the elderly, or those with weakened immune systems (due to cancer or after a transplant, for example), and then patients with "Acute or critical, who do not have antibodies", that is, those who did not develop antibodies after infection or vaccination.

This drug, which is given by injection, is mainly useful for patients with weakened immune systems for whom vaccination is not effective.

The main obstacle to its use is the high cost of a single dose, which amounts to 2,000 dollars, according to NGOs, which the World Health Organization hopes to reduce.

Although efforts to vaccinate billions of people in a single year have overshadowed the slow-moving search for treatments against COVID-19, many new treatments are a source of hope.

Among the drugs that have been proven successful are:

The first treatment was officially recommended by the World Health Organization in September 2020, only for patients with the most severe symptoms.

Based on all available clinical trial data, the World Health Organization recommends "routine administration of corticosteroids" to patients with "acute or critical" form of COVID-19.

This treatment reduces mortality among these patients, and may also reduce the risk of them being placed on ventilators, according to the World Health Organization;

It makes it possible to fight the infections that accompany severe forms of the disease.

These two treatments are synthetic antibodies, called "monoclonal", which belong to a family called "interleukin-6 antagonists", or "IL-6 antagonists", and have been recommended by the World Health Organization since July 2021 for the most severe cases dangerous too.

The organization recommends that these patients receive "both corticosteroids and interleukin-6 antagonists."

By suppressing immunity, they, like corticosteroids, fight the overpowering immune system that appears to be the source of severe forms of COVID-19.

Among the drugs being tested are:

Several laboratories are working on antiviral drugs that can be swallowed in pill form, and among the most advanced is mollopiravir, produced in partnership between biotech company Ridgeback Biotherapeutics and the NSD Laboratory (MSD).

And the drug is still subject to trials on patients, whether they are in the hospital or not, as well as for prevention in people who have been in contact with infected people.

The results of the trials are expected to be known by the end of the year.

Biotech company Atia Pharmaceuticals and Roche are evaluating the efficacy of a similar treatment called AT-527.

Pfizer is also developing a drug that combines two molecules;

One is ritonavir, which is widely used against the human immunodeficiency virus (HIV).

Infectious disease specialist Karen Lacombe stressed - during a press conference recently held by the French Research Agency for Emerging Infectious Diseases - that the market for these "effective, easy-to-treat treatments for early forms of Covid-19 will likely be large."

But she cautioned that it is necessary to "take caution" about the sometimes resounding statements issued by pharmaceutical companies, and wait for the results of clinical trials on patients.

This is mainly because antiviral drugs in general have not yet been very convincing in treating COVID-19.

GlaxoSmithKline is developing one of them, sutrofimab, which was classified by the European Commission at the end of last June as one of the 5 most promising treatments.

The other, called AZD7442, is a mixture of antibodies made by AstraZeneca, which revealed its preliminary results of its experiments at the end of August.

The drug company says it could be effective in preventing COVID-19 in patients whose health is already fragile.

The French company Xenoterra is also working on another type of synthetic antibody called a "polyclonal antibody".

Its XAV-19 product is based on pig antibodies that have been modified for the human body.

This drug is in the final phase of clinical trials.

Since the beginning of the epidemic, many drugs have dashed hope, and this is what happened with the drug hydroxychloroquine, which was promoted by the French researcher Didier Raoul), and remdesivir, which was initially considered very promising, and ivermectin and the lopinavir-ritonavir mixture, whose trade name is Caltera, used against HIV.

Over time, the World Health Organization has recommended that these drugs not be used to treat COVID-19.

These drugs have in common that they were initially designed for another use, but have been tested against this new disease in what is called "repotting," or the use of a drug to treat a disease other than the one it was originally intended to fight.

"Repositioning a drug is what we are doing very urgently at the beginning of the epidemic," Karen Lacombe explained.

But with the exception of interleukin-6, all of these drugs have disappointed the scientists, which shows the "limitation" of reusing a drug in her opinion.

"This is what makes us enter a different therapeutic era by developing drugs to fight SARS-CoV-2", the virus that causes Covid-19, she added.