The Renaissance Dam .. Ethiopia requires the signing of an agreement, and Sudan welcomes any peaceful move to end the crisis

An official in the Ethiopian Foreign Ministry said that his country will sign an agreement with Egypt and Sudan regarding the Renaissance Dam in the event that its national interests are secured, while Sudan announced its readiness to participate in any initiative or peaceful move that leads to an agreement that ends the crisis. 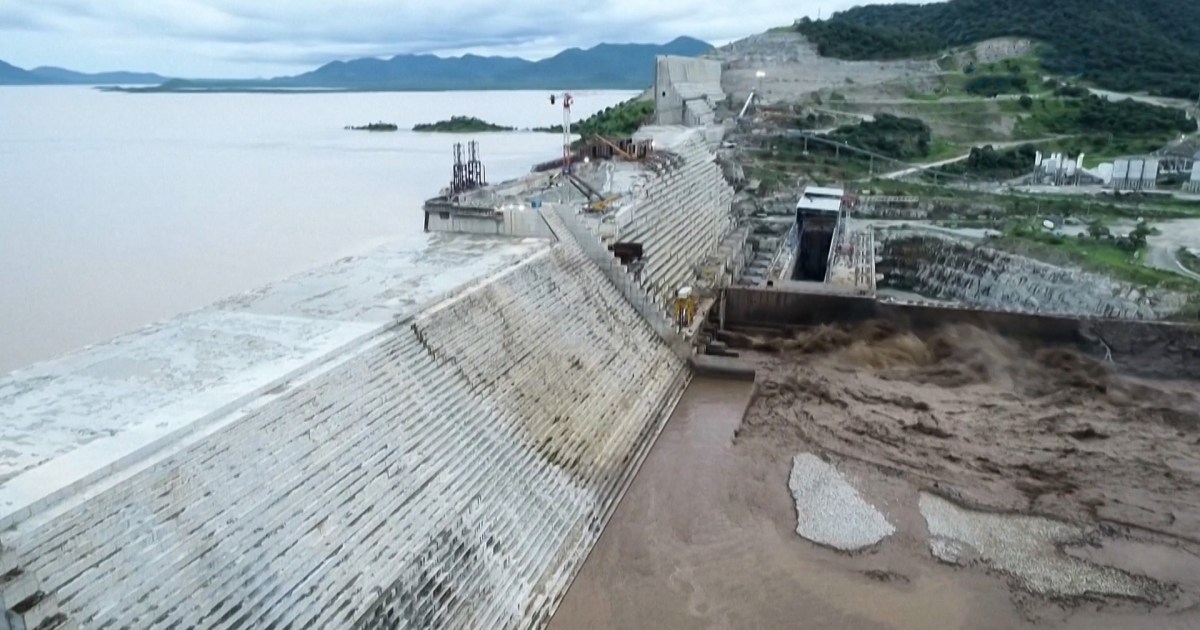 An official in the Ethiopian Foreign Ministry said that his country would sign an agreement with Egypt and Sudan regarding the Renaissance Dam in the event that its national interests were secured, while Sudan announced its readiness to participate in any initiative or peaceful move that would lead to an agreement that meets the interests of all parties regarding the dam file.

Ibrahim Idris, the legal advisor to the Ethiopian Foreign Ministry and a member of the team involved in the Renaissance Dam negotiations, said that "his country will sign an agreement with Egypt and Sudan only if its national and future development interests are secured, by benefiting from its water resources."

Idris added - in statements carried by the Ethiopian News Agency - that his country will not sign an agreement that affects the future of development, stressing that the path to the final solution is to stop the internationalization and politicization of the issue, resume negotiations and provide smart solutions in line with reality.

The Ethiopian official stressed Addis Ababa's readiness and permanent readiness to benefit equitably from the waters of the Nile, even though it contributes 86% of the river's water resources.

In turn, the Secretary-General of the United Nations stressed the importance of resuming the Renaissance Dam negotiations "in the spirit of compromise".

During his meeting with Ethiopian Foreign Minister Demeke Mekonnen, Guterres renewed the United Nations' support for the mediation efforts of the African Union in this regard.

In the same context, Sudanese Prime Minister Abdullah Hamdok said today, Saturday, "We renew our readiness to resume participation in any initiative or peaceful move that leads the parties (Sudan, Egypt and Ethiopia) to an agreement that meets their interests."

Hamdok added - in a speech before the United Nations General Assembly in New York - we renew our position rejecting any unilateral measure, and stress the need to reach a binding agreement on filling and operating the dam to spare our country potential damage that threatens the means of livelihood.

Hamdok added, "We suffered some of these harms during the first unilateral filling in 2020, and the second last July, despite the multiple and costly precautionary measures that we took to avoid these effects, without mentioning them."

In July 2020, Khartoum announced that a number of Nile drinking stations were out of service due to a sudden receding of the White Nile and the Nile River, after Ethiopia began filling the reservoir behind the dam after the summer rains.

For his part, Egyptian Foreign Minister Sameh Shoukry stressed today, Saturday, the importance of the three countries (Egypt, Sudan and Ethiopia), under the leadership of the African Union, engaging in negotiations on the Renaissance Dam, showing goodwill, and reaching an agreement that ends this crisis within a reasonable period of time.

Shoukry stressed - in statements to the "Nile News" channel (official Egyptian) - that Egypt is always looking forward to reaching a legal agreement that achieves the interests of the three countries and ends this crisis.

And in mid-September, the UN Security Council unanimously adopted a presidential statement (15 countries) “encouraging Egypt, Ethiopia and Sudan to resume negotiations, at the call of the African Union President to urgently finalize the text of a binding and mutually acceptable agreement on filling and operating the dam within a reasonable period of time.” ".

The African Union did not announce a date for the resumption of negotiations, but its Chairman, Felix Tshisekedi, President of the Democratic Republic of the Congo, said on September 21 that they would resume in the near future.

Following the issuance of the presidential statement of the Security Council on the dam, Egypt and Sudan welcomed it, and called on Ethiopia to negotiate seriously in order to reach an agreement that solves the crisis of the Renaissance Dam.

While the Ethiopian Foreign Ministry - in a statement - expressed Addis Ababa's readiness to return to negotiations with Cairo and Khartoum under the leadership of the African Union, but stressed that it would not recognize any claim that might be raised on the basis of the presidential statement of the Security Council.