What at first would be a participation in an opening ceremony ended up becoming a whole crowd bath. The former president of the Generalitat, Carles ... 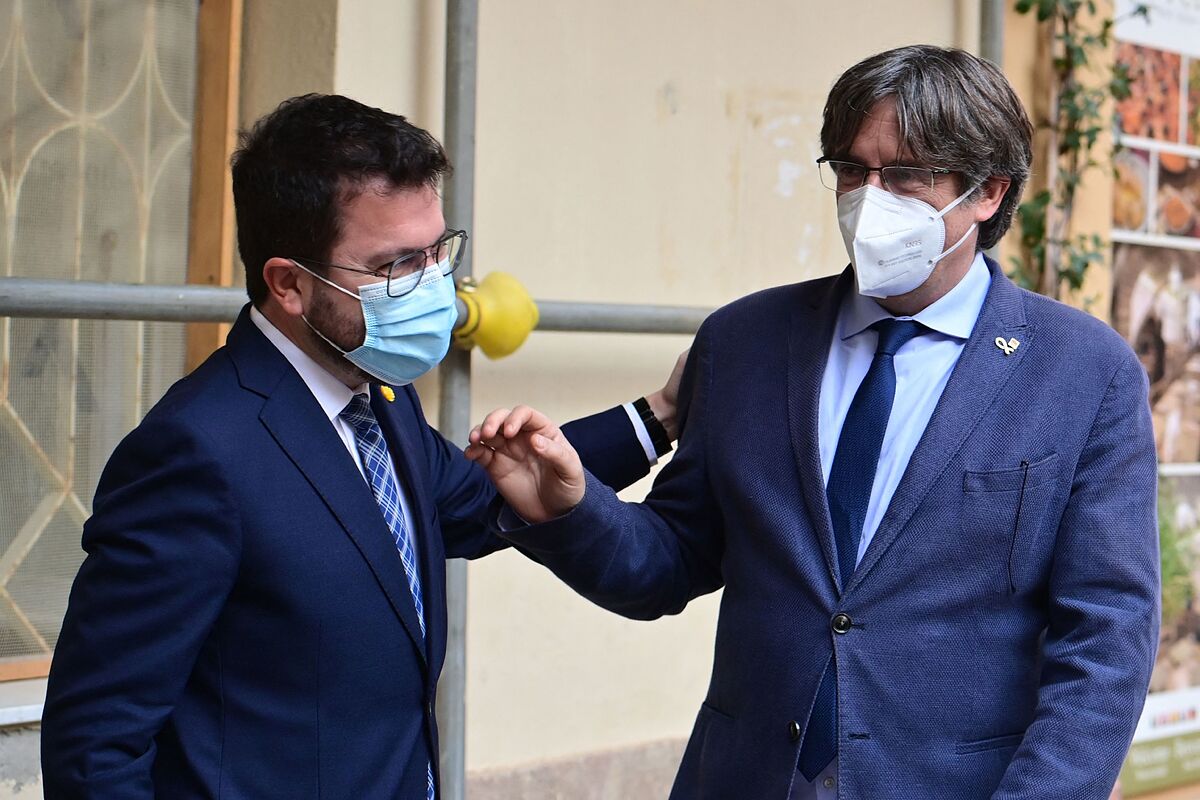 What at first would be a participation in an opening ceremony ended up becoming a whole crowd bath. The former president of the Generalitat, Carles Puigdemont, celebrated this Saturday in Alghero with hundreds of people his release without charges or limitations after being arrested on Thursday night on his arrival in Italian lands, and took advantage of the "amplification" given by the State to challenge the Spanish Justice once again: "We will continue fighting, I will continue traveling through Europe."

The former president of the Generalitat reappeared in the city of Alghero, a few kilometers from Sassari, where he was imprisoned for less than a day, to participate, as planned, in the Catalan folk festival

. There, he surrounded himself first with the president of Sardinia, Christian Solinas, and the mayor of Alghero,

, and after the president of the Catalan Government,

- his trusted man in the current regional Executive - and for other prominent leaders of the independence movement, such as the president of the Parliament,

, or the former leader of the ANC,

They all accompanied Puigdemont and celebrated what, in the eyes of the independence movement, is seen as a new triumph.

A victory that occurred after the Sassari Court of Appeal, when deciding whether to apply precautionary measures, released the former leader of the Catalan Executive without charge after his defense took advantage of an error by the Legal Profession of the State when, in July, it assumed that the Euroorder was suspended.

Now, and thanks to this detail, Puigdemont has total freedom of movement.

On October 4, he must appear before the Court of Sassari, this time for the Court to decide whether to proceed with his delivery to Spain.

"The Italian Justice has taken a few hours to make a decision that Spain has not taken for years," said Puigdemont about an episode, the one experienced in recent days, which he values ​​has reinforced his thesis.

"Our legal position has been proven firm," he celebrated, on the Spanish postulates, "contrary to the European democracy that we want", and which have already been ratified by three founding countries of the European Union (Belgium, Germany and, now, Italy), just as Jordi Puigneró thought.

Will this crisis affect the recently started dialogue table between the State and the Generalitat?

President Aragonès avoided answering this question shortly before the Puigdemont press conference, although he stressed that "now more than ever" it is a reason to demand "amnesty and self-determination."

However, Carles Puigdemont took advantage of his intervention to denounce that "it seems that the Government only wants to dialogue with those who give it parliamentary support", in relation to the need that the coalition Executive has regarding ERC to achieve important support in Congress, such as, for example, the approval of the General State Budgets.

Puigdemont's criticism of the table did not end there: "One thing is dialogue and another is negotiation," he said.

"I see dialogue but little negotiation," he reproached, mainly because there is an important part of the independence movement that has not been "summoned" to this meeting.

The fled former president issued a warning about the scope of that table: "You cannot negotiate without us as has been demonstrated in the last 24 hours."

Puigdemont ended by emphasizing that the problem of these meetings comes from the Executive delegation, and accused Pedro Sánchez of living in a "ring of red lines" and not meeting the real demands of separatism.

CourtsThe Italian 'Codice Penale': several crimes in which the 1-O can fit