Ministerial formation of the UAE government

Changing the government work methodology and moving to short-term sectoral transformational cycles based on major projects and achieving field results, moving from the unique responsibility of ministries to the joint responsibility of work teams, and changing government incentives systems to reward distinguished teams.&nbsp; 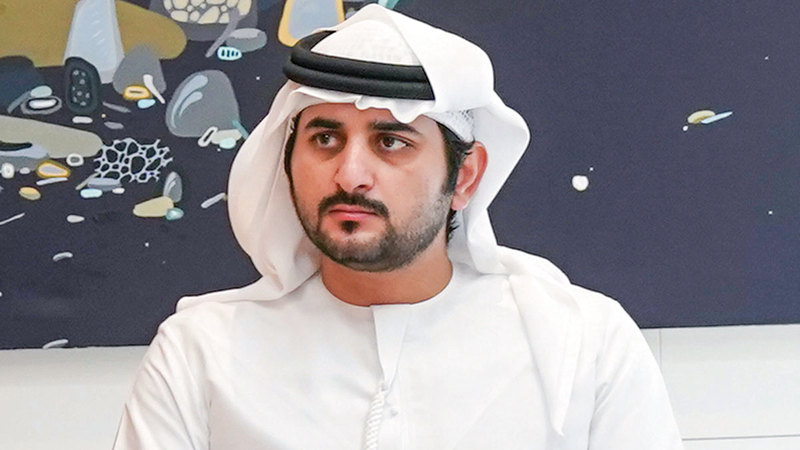 Ministerial formation of the UAE government

Changing the government work methodology and moving to short-term sectoral transformational cycles based on major projects and achieving field results, moving from the unique responsibility of ministries to the joint responsibility of work teams, and changing government incentives systems to reward distinguished teams.

He is the Deputy Ruler of the Emirate of Dubai, the First Deputy Chairman of the Executive Council of the Emirate, and Head of the Court of His Highness the Ruler of Dubai.

His Highness holds a number of important positions and responsibilities in Dubai, and his responsibilities focus on strengthening the government work system and revitalizing the economic sector in the emirate.

In addition to the aforementioned positions, His Highness chairs the Dubai Judicial Council, the Dubai International Financial Centre, the emirate's Supreme Legislation Committee, and the Strategic Affairs Council of the Dubai Executive Council.

His Highness received a Bachelor's degree in Business Administration from the American University in Dubai in 2006, after which he joined several programs at Harvard University and the Mohammed bin Rashid School of Government.

He held the position of Commander of the Support Units in the Armed Forces from 2012 until 2021.

He was included in military positions, and he is the head of the Supreme Committee of the Shooting Support Units Festival.

He was chosen to lead many work teams, and he has notable participation in a number of prestigious international events and forums.

He holds a master's and bachelor's degree in military sciences from Zayed Military College.

Abdullah bin Sultan bin Awad Al-Nuaimi held the position of Director of the Department of Economic Affairs at the Supreme Council for National Security.

He worked in the Supreme Council for National Security as an economic expert at the Strategic Decision Support Center.

He is a member of the Board of Directors of the Emirates Competitiveness Council, and he is a member of a number of committees, including: the National Committee to Combat Money Laundering and Combat the Financing of Terrorism and the Financing of Illegal Organizations, the Committee for Economic Activities with Strategic Impact, and the National Committee for the Management and Governance of the Recovery Phase of the “Covid-19” pandemic. and the High Committee on Foreign Aid.

He holds a master's and bachelor's degree from Boston University in the United States of America.

He is currently a member of the Board of Directors of a number of government institutions, including: the Emirates Investment Authority and the Investment Corporation of Dubai.

He is also a board member of Emirates Integrated Telecommunications Company (du) and Emirates NBD Bank.

He holds a BA and MA in Commerce from Switzerland, and was born in 1976.

Dr. Abdulrahman bin Abdulmanan Al-Awar held a number of executive positions in the public and private sectors, and worked in various sectors, including oil and gas, banking and others.

Al-Awar assumed the position of Director General of the Federal Authority for Government Human Resources in 2009.

He is also a board member of a number of companies and institutions in the energy and education sectors, including: the Emirates National Oil Company (ENOC), the Supreme Council of the National Defense College, the University of Dubai, and the Board of Trustees of the Higher Colleges of Technology.

Maryam bint Mohammed Saeed Hareb Al Muhairi was appointed Minister of State for Food and Water Security as part of the reshaping of the UAE Cabinet announced in July 2020.

Al Muhairi is responsible for monitoring the national food stock, investing in food technology, and following up on international relations in this field.

Maryam Al Muhairi was appointed Minister of State for Food Security following the ministerial reshuffle in October 2017. Her responsibilities included overseeing the development of the necessary infrastructure that would ensure the country’s food security objectives. Al Muhairi currently represents the United Arab Emirates in the Food and Agriculture Organization of the United Nations (FAO) and the International Center for Biosaline Agriculture. She is a member of the Board of Directors of the Abu Dhabi Agriculture and Food Safety Authority, a member of the Board of Trustees of the Khalifa International Award for Date Palm and Agriculture, the Dubai Future Foundation, and the World Future Council of the Economic Forum on Food Systems Innovation. Previously, Al Muhairi held the position of Assistant Undersecretary for Water Resources and Nature Conservation at the Ministry of Climate Change and Environment, where she was appointed to oversee the departments of biodiversity, fisheries, coastal and marine sustainability, and marine research.Al Muhairi received her Bachelor's and Master's degrees in Mechanical Engineering from the Technical University of Aachen, Germany.