Iglesias revolts after suffering an escrache at the PCE party: "They deserve all the forcefulness of the communist militancy"

Pablo Iglesias has suffered an escrache when he intervened in a talk on the occasion of the Communist Party of Spain (PCE) festivities. A group of people has interrupted his ... 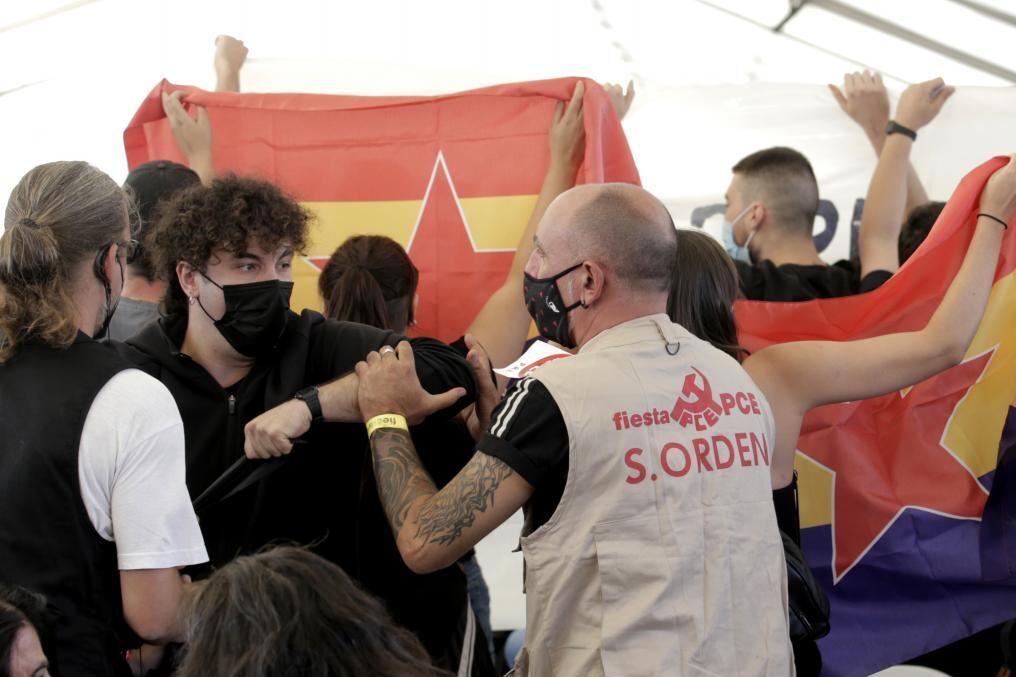 Pablo Iglesias has suffered an escrache when he intervened in a talk on the occasion of the Communist Party of Spain (PCE) festivities.

A group of people has interrupted their turn to speak shouting

"where is the change?

Where is the progress?", Forcing the security team to intervene to restore order.

The former leader of Podemos has not been quiet.

of popular and communist militancy."

This talk at the traditional party of the PCE, which this year also commemorates its centenary, is his first political act since he abruptly abandoned his career at the head of Podemos due to the hard defeat suffered in the elections of the Community of Madrid.

Iglesias has reproached these people for giving

"headlines and 'clicks' to the far-right media"

, for which he has stressed that they are "provocateurs."

It is not the first time that Iglesias suffers a similar scrache during a talk.

When he was vice president of the Government, something similar happened to him at the university with militants of the Workers' Front, an ultra-left political movement that is very critical of Podemos.

PoliticsPablo Iglesias, Ignacio Aguado ... The Spanish 'tertullian cemetery' is not carried in Europe