ePOP, the project that archives ecological disasters around the world

In four years of existence, ePOP, the result of a partnership between the Institute for Research for Development (IRD) and RFI, has given voice to more than 650 victims of ecological upheavals. S ... 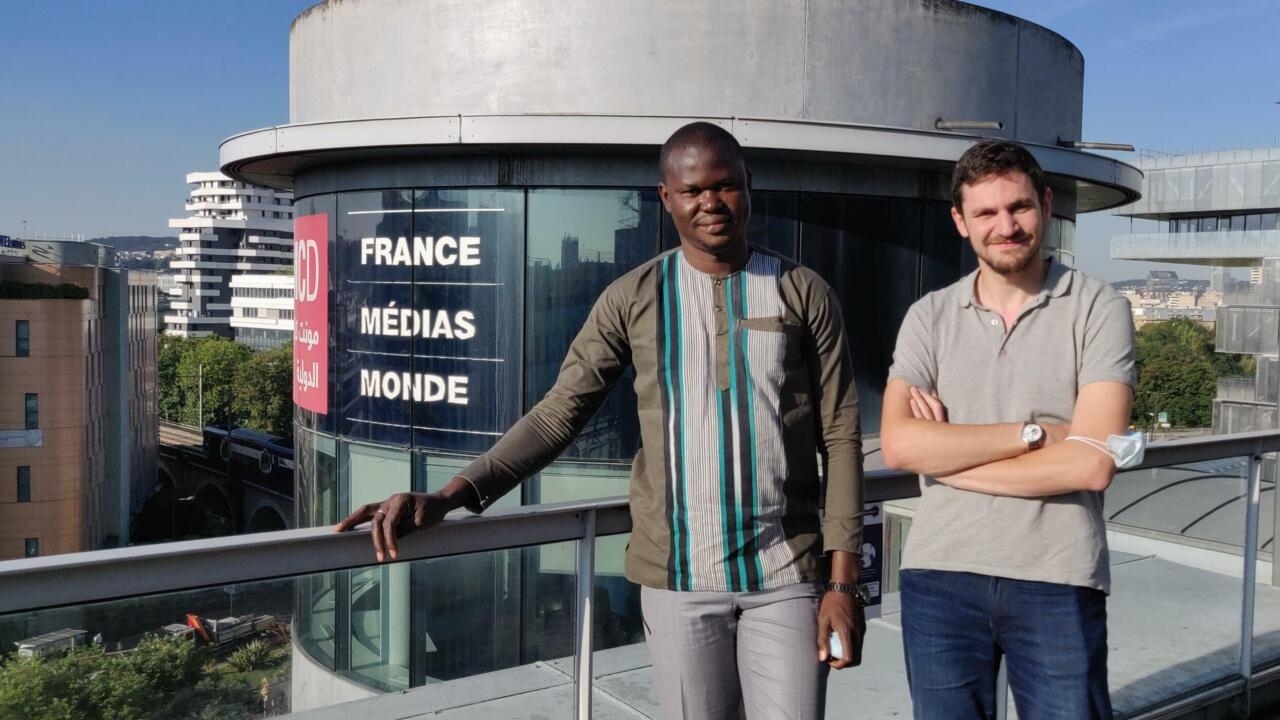 ePOP, the project that archives ecological disasters around the world

Hadama Diakité, ePOPer (on the left), and Gaël Flaugère, coordinator of the ePOP network, (on the right) on September 17th.

In four years of existence, ePOP, the result of a partnership between the Institute for Research for Development (IRD) and RFI, has given voice to more than 650 victims of ecological upheavals.

not to say that we did not know.

One of the ePOP videos highlights a New Caledonian who describes the disappearance of eels.

This person is now deceased: without ePOP, this gentleman would have left with his memory, his testimony.

This video is one of 650 of the project of the Institut de Recherche pour le Développement (IRD) and RFI, the most striking for Apolline because it sums up the spirit of the initiative: to archive the testimonies of those who experience environmental disasters.

Contributors from all over the world send, like Apolline when she lived in Reunion, videos relaying witnesses of ecological changes.

From the Pacific to the rest of the world

Since 2017, the ePOP project launched by Max Bâle has grown considerably. The head of

, an RFI service with the objective of developing community radio stations around the world, was joined by Gaël Flaugère and is supported by Marie-Lise Sabrié and Marie-Eve Migueres, from IRD. Originally, the project was limited to the Pacific: "

Vanuatu, New Caledonia, all these islands in the Pacific ... it was there that we had the first testimonies, the first consequences of climate and environmental change, especially with the problems of erosion and rising water levels.

», Recalls Gaël Flaugère. Quickly, the team realizes that it cannot limit itself to this one region: because it is global, climate change must be told everywhere. The videos are then produced from all five continents.

These last are effective: less than three minutes, no comments, only the image and the voice of the witness accompanied by plans to illustrate his remarks.

These videos are raw, without filters, and they allow real awareness at all levels, in society and among decision-makers.

To attract more contributors, the ePOP team created a contest that will allow the winner to obtain video production material.

This year, Gildas Ignace Razafimampionona, from Madagascar, was awarded for his video

The salary of thirst

Hadama Diakité, 37, is Malian. He discovered the competition by chance. On the terrace of RFI, after his visit to the World Conservation Congress where the awards ceremony took place, he says: “

I was in my vehicle in Bamako, I put RFI on and I heard the announcement of the ePOP competition for 2020. It struck me: I am from a country where the effects of climate change are a reality.

As he walks past a landfill, he sees an 80-year-old woman. It recycles waste to live. This will be his first subject, which will earn him a winner in 2020 in the main category… before winning the Scientific Emergency prize in 2021. "

I see no other niche than ePOP to show the voice of the voiceless to our authorities and beyond our borders.

It is a credible project, and the most important thing is that we are the ones who do everything, in national and local languages.

One site to bring them all together

After posting more than 650 videos on social networks, the small team of four decided, in view of the IUCN World Conservation Congress in Marseille, to bring these videos together on a website, ePOP Network.

Hard work: the four members of the ePOP team must caption each video, layout it and upload it to the site.

Already 150 are available, and Gaël Flaugère hopes to bring together 650 videos by the start of 2022. The site will be a strategic showcase, insists Gaël: “

The most important is the testimonials that we try to accumulate on the site.

These videos are copyright free, intended for people who can use them to raise awareness about global warming and environmental issues.

We are lucky to have them thanks to a network of extremely motivated people, they must be used, valued.

AfterPOP: The Debate at the World Conservation Congress

Still with the same objective, ePOP is developing another concept, After-POP. Conferences at congresses to discuss environmental themes, illustrating the words with videos. “

For me, ePOP is made for the After-POP, I thought it was great to see one at the World Conservation Congress, to listen to people discussing on videos, who use it as a medium. to have several different debates.

», Gets carried away Apolline. The young farm worker participated in the World Conservation Congress with other ePOPers, including Hadama Diakité. The aim was to raise awareness of ePOP and raise awareness among decision-makers by putting faces to global warming.

Even if the Congress did not have as much impact on international environmental policies as hoped, Gaël Flaugère is already seeing further: “

We want to grow the ePOP network more and more, to increase the number of videos on the site, because that these are important archives.

As a medium, it is our small building block.

To read also: “Red list” of the IUCN: nearly 28% of the studied species are threatened