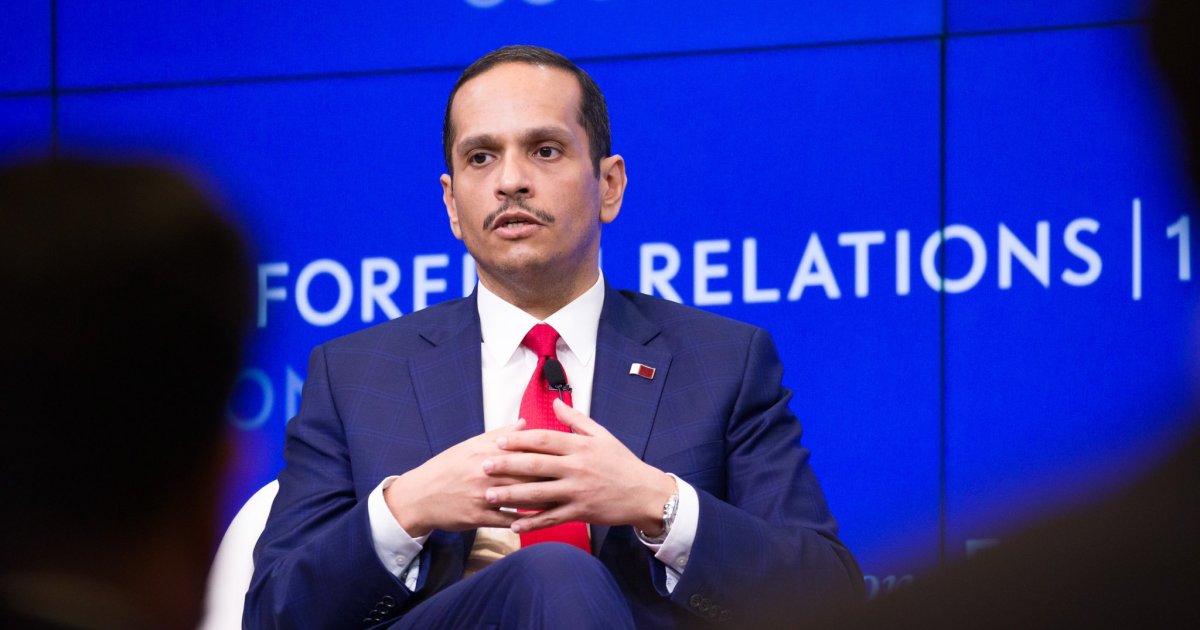 During a lecture he delivered at the Council on Foreign Relations in New York, Sheikh Mohammed bin Abdul Rahman Al Thani said that there is no victor in the crisis, considering that the only victory was its end.

He added that the Gulf Cooperation Council is the safe area in this region, and that this stability should be consolidated through cooperation.

The Qatari foreign minister continued, "We learned several lessons, not only for us, but for the other members of the council as well. The main lesson is not to resort to actions before dialogue. This is an important issue, and we must always resolve our issues through dialogue and peaceful means."

During the same lecture, the Qatari Foreign Minister affirmed that the recent Shura Council elections were specified in the constitution that all the Qatari people voted on, stressing the commitment of his country's government to serve everyone living on Qatar's land with the same conditions and level of services.

He explained, "Maybe there is currently a legal restriction not to allow a part of the population to participate in the elections, but the rest participate in voting, and there is a clear process for this law to be changed."

Sheikh Mohammed bin Abdul Rahman Al Thani considered that the upcoming Shura Council is authorized to deal with this matter, as there will be elected members, and if they decide, the law can include everyone.

On the other hand, the Qatari Foreign Minister met his Saudi counterpart in a meeting held between them on the sidelines of the 76th session of the United Nations General Assembly in New York.

The two ministers discussed bilateral cooperation relations, a number of regional and international issues and issues of common interest.