Huawei, Meng Wanzhou and the two Michael: a diplomatic-judicial saga New York (AFP) The chief financial officer of Chinese telecoms giant Huawei, Meng Wanzhou, left Canada for China on Friday after an agreement with the United States, and the two Canadians detained in China since the end of 2018, Michael Kovrig and Michael Spavor, were on board of a plane to return home. Back on the most significant moments of this saga. - An arrest in Canada - On December 1, 2 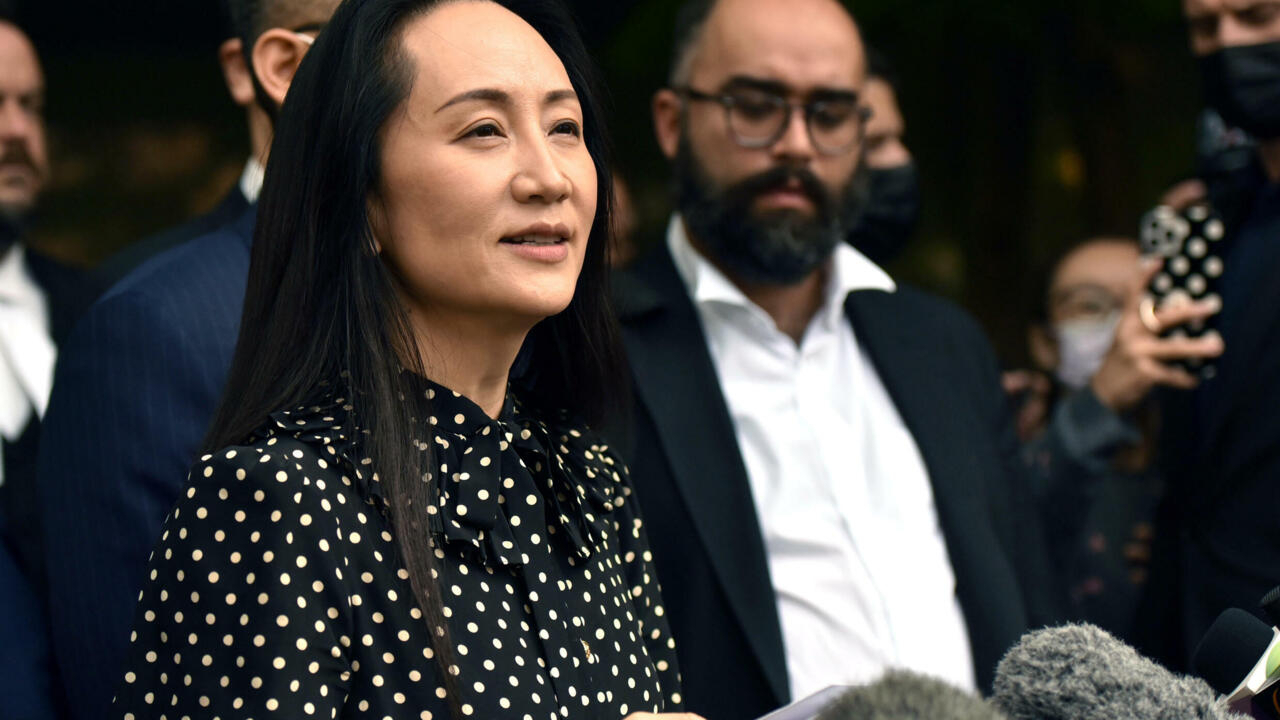 The chief financial officer of Chinese telecoms giant Huawei, Meng Wanzhou, left Canada for China on Friday after an agreement with the United States, and the two Canadians detained in China since the end of 2018, Michael Kovrig and Michael Spavor, were on board of a plane to return home.

Back on the most significant moments of this saga.

On December 1, 2018, Meng Wanzhou was arrested at the request of the American authorities during a stopover at Vancouver airport.

Huawei's chief financial officer and daughter of the founder of the Chinese telecoms giant is accused of lying to circumvent US sanctions against Iran.

This offense is punishable by more than 30 years in prison in the United States, a country to which she is threatened with extradition.

On December 11, a judge ordered his release against a bond of 10 million Canadian dollars (6.5 million euros).

She is allowed to live in one of her villas in Vancouver, but must wear an electronic bracelet.

China threatens Ottawa with "serious consequences" if its national is not released.

On December 13, 2018, China confirmed that it had taken "coercive measures" against two Canadians, arrested three days earlier, that it suspected of "activities threatening its national security".

They are Michael Kovrig, a former diplomat previously stationed in Beijing, and consultant and businessman Michael Spavor, a specialist in North Korea.

These measures appear to many observers as a response to Ms. Meng's detention.

In January 2019, tensions between Beijing and Ottawa escalated when a court in northeast China sentenced 36-year-old Canadian Robert Lloyd Schellenberg to death.

Arrested in 2014 for drug trafficking and sentenced at first instance to 15 years in prison, the man suddenly surfaced, the justice judging the initial sentence too "lenient".

Kovrig and Spavor, more than five months after their arrest.

On August 22, the United States stepped up to the plate: the head of American diplomacy Mike Pompeo spoke of "arbitrary detention".

In May 2020, a court in Canada ruled in favor of continuing legal proceedings against Meng Wanzhou with a view to extradition to the United States.

This decision showered hopes for a warming of relations between Canada and China.

Kovrig and Spavor for "espionage" and "disclosure of state secrets".

In a closed-door trial, Michael Spavor was sentenced in August 2021 to 11 years' imprisonment, a verdict deemed "absolutely unacceptable" by Ottawa.

No decision has yet been announced in Mr Kovrig's case.

The US government proposed Friday in a New York court to "postpone" until the end of 2022 the proceedings against Meng Wanzhou, an agreement ratified by the courts.

In the process, a Canadian judge ordered the release of Ms. Meng and closed the extradition proceedings, during a short hearing before the Supreme Court of British Columbia in Vancouver.

Hours after the decision, Meng Wanzhou left Canada for China.

Portraits of Canadians Michael Spavor and Michael Kovrig, detained in China, during a demonstration for their release, March 6, 2019 in Vancouver Jason Redmond AFP / Archives

In the process, Justin Trudeau announces that MM.

Kovrig and Spavor "have left Chinese airspace on their way home."