After days of chaos on the Texas-Mexico border, the United States announced Friday, September 24, that there were no more migrants in the Del Rio camp. About 2,000 people ... 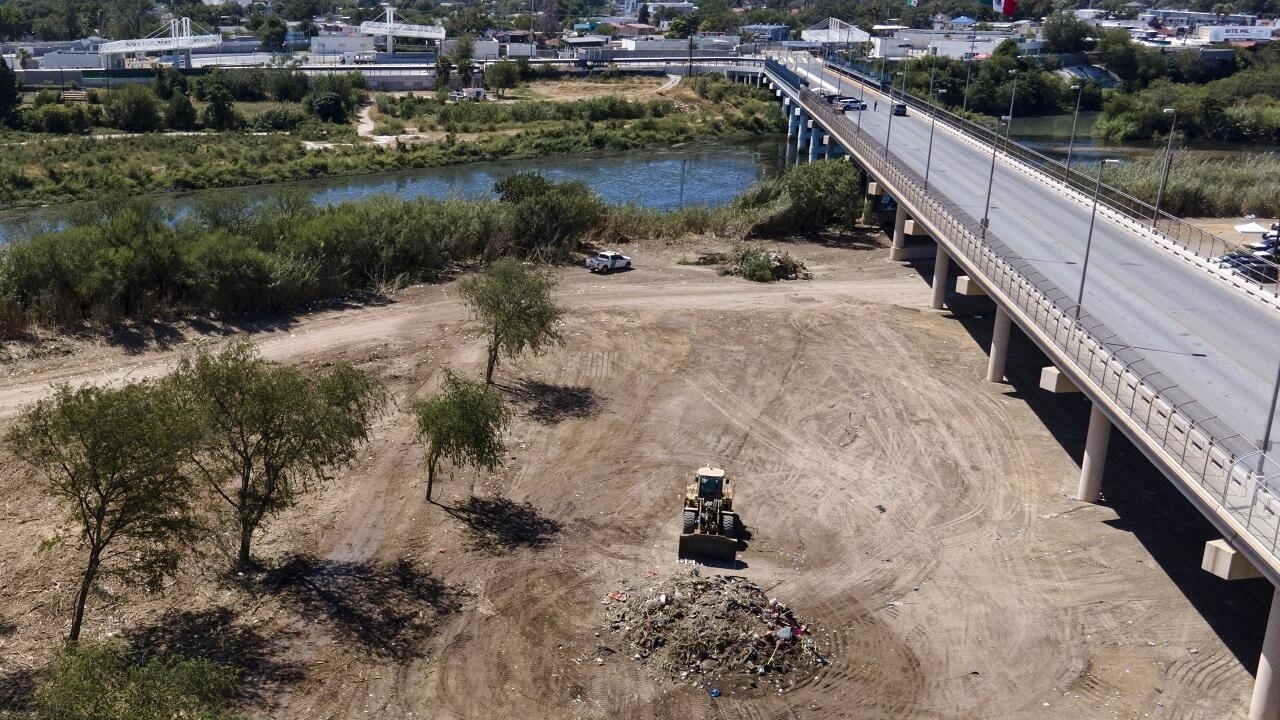 View of the bridge over Del Rio, on the Texas-Mexico border, September 24, 2021. AP - Julio Cortez

After days of chaos on the Texas-Mexico border, the United States announced Friday, September 24, that there were no more migrants in the Del Rio camp.

About 2,000 people have been deported to Haiti.

The administration of Joe Biden, it does not escape an avalanche of criticism from all sides.

The US border crisis may have ended on the ground this Friday. Alejandro Mayorkas, the US Minister of Homeland Security, made it clear that there were "no

" in the camp under the Del Rio Bridge, between Texas and Mexico, where thousands of people were stranded in squalid conditions since mid-September. But this crisis still resonates in the American political landscape. Before Alejandro Mayorkas' announcement,

had to speak after the shocking images were posted.

In photos, members of the border police ride horses and push back

On others, we can see the conditions under which these Haitians found themselves stranded between the United States and Mexico.

But it was horrible to see that.

To see people treated as they have been, loaded with horses, tied up… It is scandalous.

I promise whoever did this will pay.

There is an ongoing investigation and there will be consequences.

It's even more than a shame, it's dangerous and it's wrong.

It sends the wrong message to the world and to us.

It's just not us.

These images and the decision of the US administration to send Haitian migrants home caused a stir. On Thursday, the US envoy to Haiti, Daniel Foote

resigned with a bang

, just two months after his appointment. "

I will not be associated with the inhuman and counterproductive decision of the United States to expel thousands of refugees and illegal immigrants to Haiti,

" he wrote to Secretary of State Antony Blinken, insisting. on the very difficult and dangerous situation in Haiti after

the assassination of President Jovenel Moïse

According to Alejandro Mayorkas,

2,000 people have been deported

The American left wing denounces brutal decisions, while the right points to the laxity of the administration on the issue of immigration and its lack of preparation for this crisis.

For Joe Biden, who wanted to break with the methods of his predecessor, Donald Trump, the events of Del Rio are likely to be expensive.