Boxing - Heavy: before Fury, Joshua must pull himself from the clutches of the "cat" - France 24

Boxing - Heavy: before Fury, Joshua must get out of the "cat's" clutches London (AFP) The boxing world dreams of a 100% British heavyweight unification fight between Anthony Joshua and Tyson Fury, but for it to come true, "AJ" will first have to get rid of the Ukrainian on Saturday Oleksandr Usyk, nicknamed "the cat", an atypical opponent. Less heavy, making 7 centimeters in height and 10 centimeters of extension to his opponent, the official challenger starts with a 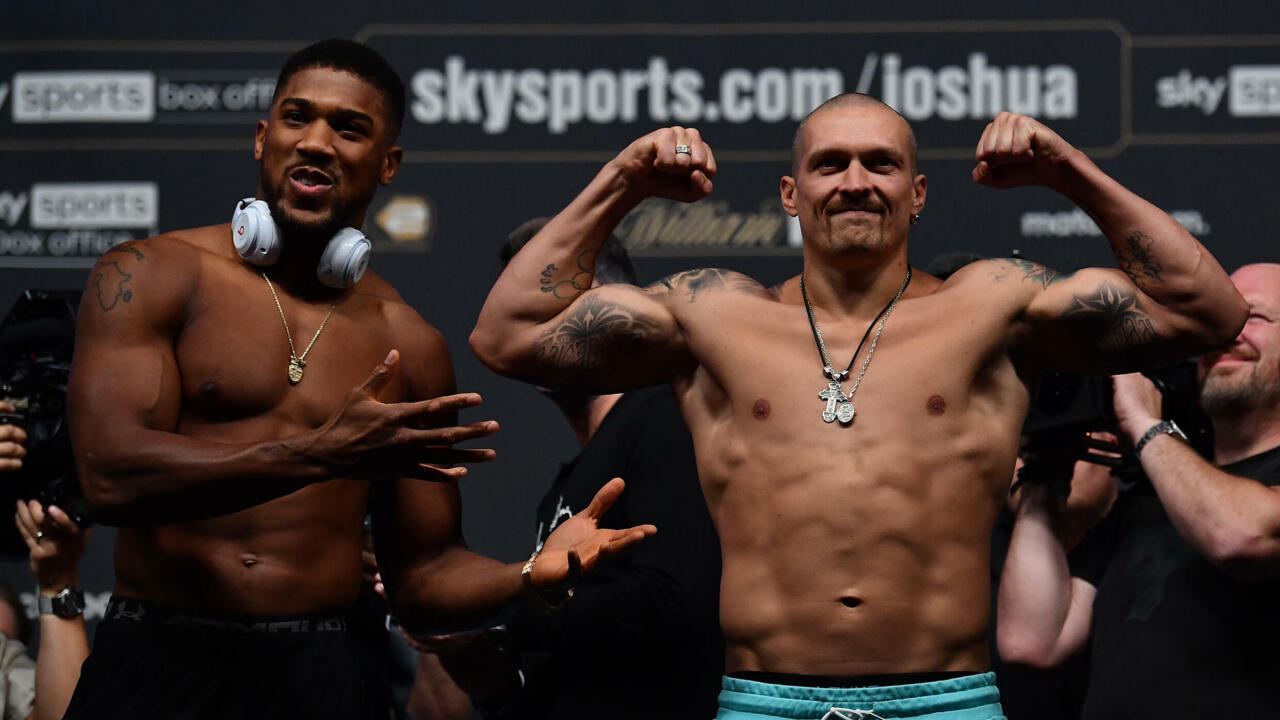 The boxing world dreams of a 100% British heavyweight unification fight between Anthony Joshua and Tyson Fury, but for it to come true, "AJ" will first have to get rid of the Ukrainian on Saturday Oleksandr Usyk, nicknamed "the cat", an atypical opponent.

Less heavy, making 7 centimeters in height and 10 centimeters of extension to his opponent, the official challenger starts with a handicap on paper.

Olympic heavyweight champion in London in 2012, when Joshua was crowned super heavyweight, Usyk turned pro the following year as the Briton, but at 26, four older.

With 335 victories in 350 amateur fights - Joshua played only 43 - he had carved out a good reputation and quickly rose through the ranks in the light heavyweight: world champion from his 10th pro fight, unified title in 2018 for its 15th.

After only one defense of his unified title, he decided to try the adventure in the premier class like Evander Holyfield or David Haye before him.

His arm and leg speed, technique and left-handed boxing will be a challenge for Joshua, even though Usyk may lack the sheer power to shake his opponent.

Completely relaxed out of the ring, he showed up smiling, under his horseshoe mustache, at the pre-fight press conference on Thursday, dressed in a costume mimicking that of the Joker played by Joaquin Phoenix: jacket and pants red, saffron yellow waistcoat and green shirt.

The Briton Anthony Joshua and the Ukrainian Oleksandr Usyk, during their press conference, on September 23, 2021 at the Tottenham Hotspur Stadium, two days before their fight (heavyweight) Ben STANSALL AFP

"All fights make history, but Anthony and I will be writing a new page of history (Saturday), one that people will talk about for a long time to remember and watch on TV," he promised. Ukrainian.

It will not be necessary to count on the framework of the Tottenham Hotspur Stadium or the 60,000 spectators to impress him, he who has made a specialty of going to beat his opponents at home, whether in Germany, Poland, Russia, in the United States or in London, as in his last victory, by unanimous decision, against Dereck Chisora.

Anthony Joshua was also relaxed but determined during the meeting in front of the press, nothing agreed.

If he did not get the unification fight he hoped for, the atypical challenge offered by Usyk - he has boxed only one left-hander in his professional career - has given him back to training.

"I don't fight against the best to gain people's respect. It's not complicated, it's just that if you tell me that I have to fight against King Kong, I would, sincerely," he said. insured.

"This fight gave me the motivation to train and I had fun in my training camp. It was hard and demanding, but we had fun because we saw the progress (... ) I hope that on Saturday you will enjoy seeing all the work I have done, "he added.

Moreover, after the fight, and whatever the result, "Monday or Tuesday, I will be back in the gym," he promised.

The sequel will not depend on him anyway, Fury putting his WBC title on the line on October 9 in Las Vegas against Deontay Wilder after their draw in December 2018 and the victory of Fury in February 2020 where he had taken his belt to the American.

"I have a clause for a rematch (against Usyk) if the worst happens. I'm not sure about Fury's situation, so if I lose I'll do another fight against Usyk," Joshua told the Mirror.