The Syrian regime forces take control of Daraa and an international commission of inquiry: The time is not right to return the refugees

The Syrian regime forces have taken control of new villages west of the city of Daraa, while the Independent International Commission of Inquiry on Syria has confirmed that the war against civilians is still continuing, and that the time is not appropriate to return the refugees to it. 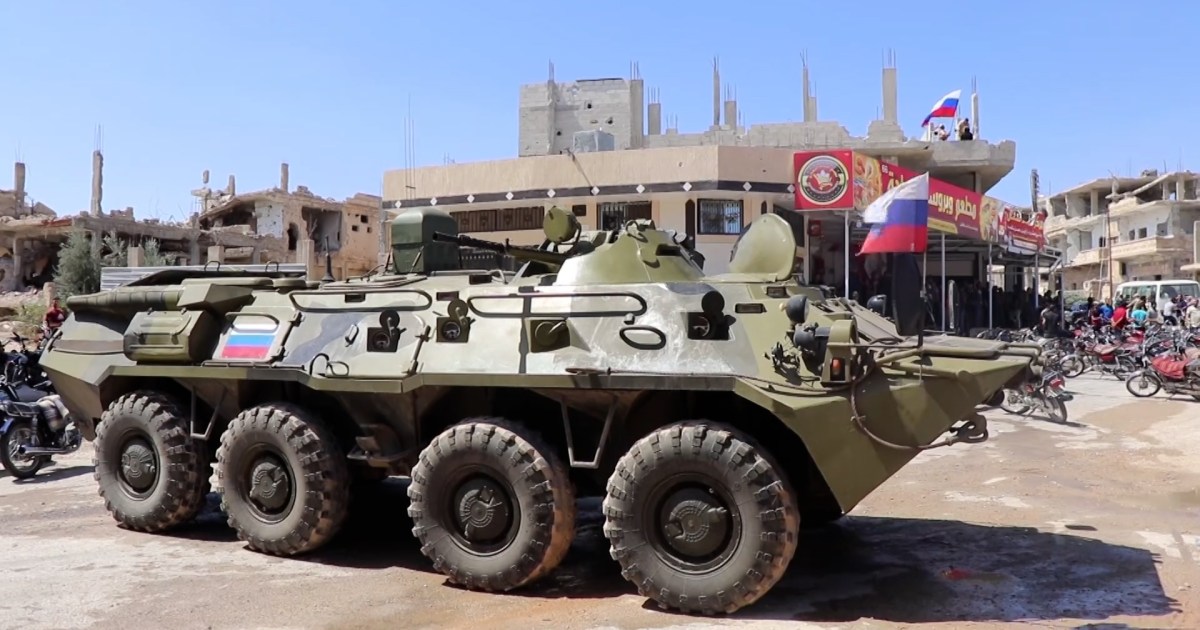 The Syrian regime forces entered new villages west of Daraa city (south) to put the entire area under its control, while the Independent International Commission of Inquiry on Syria confirmed that the war against civilians is still continuing, and that the time is not appropriate to return the refugees to it.

The latest move comes two weeks after the seizure of the opposition-held neighborhoods in Daraa (the cradle of the revolution), which represents another victory for President Bashar al-Assad, whose forces are now in control of a large part of the country 10 years after the start of the Syrian revolution.

SANA news agency reported the start of the process of settling the status of a number of wanted persons in the town of Dael in the countryside of Daraa, according to the settlement agreement between the Central Committee representing the people of Daraa and the Syrian regime under Russian auspices.

The agreement included the exit of some opposition fighters from the area, while others remain and hand over their weapons in exchange for amnesty.

Several towns in the western countryside of Daraa have witnessed similar agreements, including Tal Shehab, Tafas and al-Yadouda.

In a related context, the Independent International Commission of Inquiry on Syria said that "this is not a suitable time for anyone who thinks that Syria is a suitable country to return refugees, as the war against Syrian civilians is still continuing."

The committee said - in a report submitted by the committee to the Human Rights Council in Geneva - that "the Syrian regime is not taking any moves to unify the country or conduct real reconciliation among the Syrians."

The committee clarified in its report that the Syrian regime forces practiced siege, starvation, killing, torture, sexual harassment and enforced disappearance against their opponents, which are considered war crimes.

On the other hand, the report accused the so-called Syrian Democratic Forces of detaining thousands of women and children suspected of having ties to the Islamic State in its areas.

It also accused Hay'at Tahrir al-Sham, designated a terrorist organization by the United Nations, of continuing to impose restrictions on the media and freedom of expression.