Rwandan President Paul Kagame arrived this Friday, September 24 in northern Mozambique, for a two-day visit. It is the first time that he has visited the country since the dispatch, in j ... 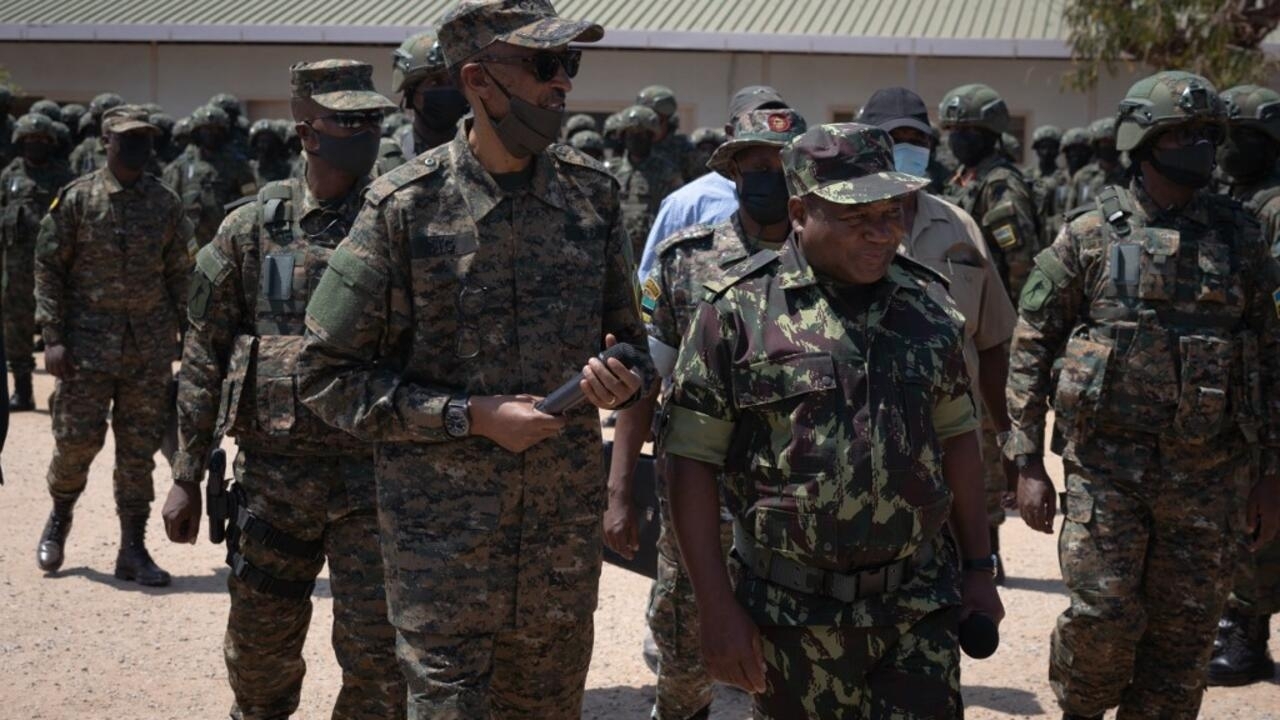 Rwandan President Paul Kagame (L) and his Mozambican counterpart Filipe Nyusi (R) spoke in military uniform to their troops in Pemba on September 24, 2021, in Cabo Delgado.

This is the first time he has visited the country since the dispatch, last July, of a thousand Rwandan police and soldiers to the province of Cabo Delgado to lend a hand to the Mozambican army in the fight. against the insurgency of the jihadists of Ansar al-Sunna, commonly called shebabs.

Friday noon, Paul Kagame met his counterpart Felipe Nyusi and the two heads of state addressed their contingents deployed in the area.

The two men arrived in military uniform at the command post of the naval base in Pemba, the capital of the province of Cabo Delgado.

The rebels are warned, we will not let them come back to threaten the lives of Mozambicans,

" said Paul Kagame in front of about 200 soldiers and police.

Today the Rwandan forces claim to have succeeded in securing a good part of Cabo Delgado.

They are posted around

, a multibillion-dollar project that was halted in April following an attack by the Shebabs on the neighboring city of Palma.

The Rwandans are also in Mocimboa da Praia, a

city ​​taken over on August 8 from the jihadists

who had made it their headquarters.

Almost three months after the deployment of the contingent, Kigali says it has lost four men in the fighting and killed at least a hundred insurgents.

The security situation remains very volatile in the province, however.

No date yet for a possible withdrawal of Rwandan forces, therefore: "

The mission cannot stop there, we must now continue to protect and rebuild this country