In a speech before the General Assembly, Abbas: Our people did not accept the occupation, and I warn against undermining the two-state solution

Palestinian President Mahmoud Abbas said today, Friday, that "the crimes committed by the Israeli occupation authority against the Palestinians in their homeland will not stop their struggle to achieve freedom on their land." 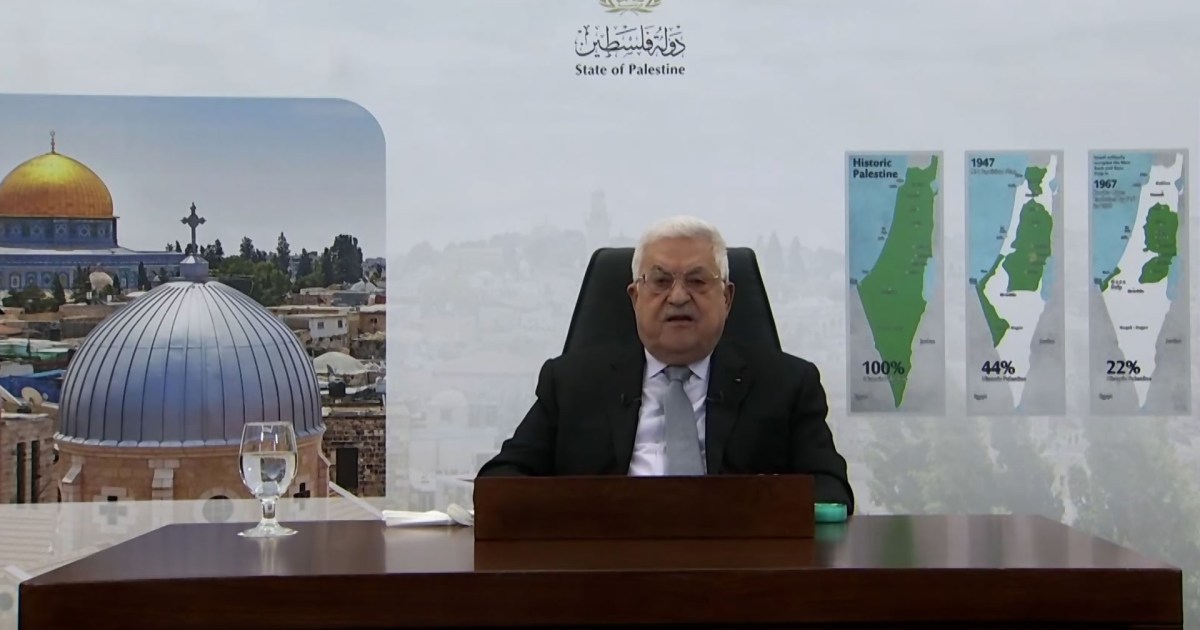 Palestinian President Mahmoud Abbas said today, Friday, that "the crimes committed by the Israeli occupation authority against the Palestinians in their homeland will not stop their struggle to achieve freedom on their land."

Abbas indicated - during his speech before the United Nations General Assembly - that the Palestinian Authority did not reject any real and serious initiative to achieve peace.

On the other hand, you will not find a partner in Israel who believes in the two-state solution.

Abbas threatened to withdraw recognition of Israel, in the event that it did not withdraw from the Palestinian territories and prevent the realization of the two-state solution.

He also threatened to go to the International Court of Justice, in order to take a decision on the legitimacy of the occupation on the land of the State of Palestine, and to resolve the responsibility of the United Nations and the world in this regard.

He warned that undermining the two-state solution based on international legitimacy will open wide doors to other alternatives that will be imposed on all of us by the reality on the ground.

He added that Israel claims to be a democratic state while acting as a state above the law, enacting laws and holding trials to expel Palestinians from Sheikh Jarrah and Silwan neighborhoods in occupied Jerusalem.

With regard to the issue of Palestinian prisoners, Abbas stressed that the authority will continue to work until they are all released from Israeli prisons.

Abbas indicated that the Palestinian Authority is conducting a constructive dialogue with Washington to restore relations and ensure that the occupation adheres to the signed agreements.

The Palestinian president added, I ask Guterres to call for an international peace conference, under the auspices of the International Quartet only.