Genoa, no-vax denounced for threats to the president of the Toti Region

After a complaint to the Postal Police, the perpetrator was tracked down and reported. Investigators: Toti really ran some risk&nbsp; 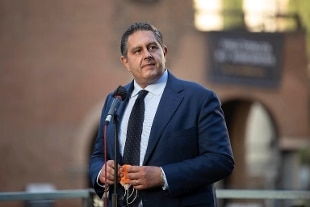 September 24, 2021 The postal police of Genoa discovered and reported the author of threats and insults to the president of the Liguria Region, Giovanni Toti.

"The experts found that to undermine the serenity of Giovanni Toti was a man, a thirty-six year old martial arts expert from Turin with a hobby of singing and numerous criminal records, a sign that the governor, perhaps, was really running some risk "explained the investigators.

The investigation of the policemen of the Postal Police of Genoa and Turin started from a complaint that the President's staff presented to the Postal and Communications Police of Liguria.

A search in the suspect's apartment led to the seizure of the social accounts and devices with which the threats were carried out.

The author was referred to the judicial authority.