"Tax on sovereignty": the Russian Federation responded to the approval of the US House of Representatives of anti-Russian sanctions

The introduction by the United States of new anti-Russian sanctions will dash "modest hopes" for the possibility of restoring dialogue between Moscow and Washington, said the press secretary of the Russian President Dmitry Peskov. So he commented on the adoption in the lower house of Congress of the draft defense budget for the 2022 fiscal year. The document contains a number of anti-Russian provisions. In particular, the White House was asked to consider the introduction of sanctions against 35 politicians, businessmen and media representatives. According to the vice-speaker of the Federation Council Konstantin Kosachev, such an initiative is "diplomatic bad manners", especially against the background of attempts to start negotiations on a whole range of problems. Experts note that only fundamental agreements at the level of heads of state can stop the existing vector of pressure on Russia,if the rest of the US institutions allow the president to change this policy. 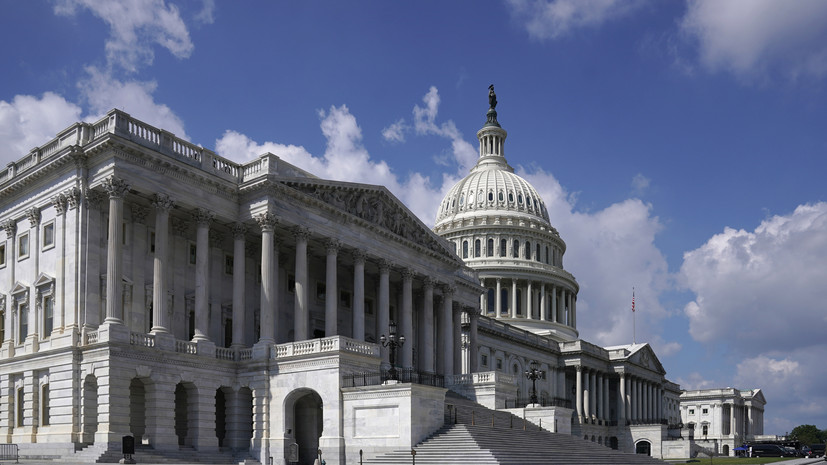 The adoption by the United States of a new package of anti-Russian sanctions will dash the hopes for the restoration of bilateral dialogue, which emerged after the Geneva summit of Vladimir Putin and Joe Biden in June 2021.

This opinion was expressed by the press secretary of the President of the Russian Federation Dmitry Peskov, commenting on the draft law on the US defense budget, the text of which includes provisions on new restrictions against Russia and which was approved in the lower house of Congress.

“Obviously, the various sanctions aspirations of the American congressmen are not weakening, but this bill still has to go through several iterations, and the next question will be whether the administration will heed these recommendations.

I mean, regarding the sanctions, ”Peskov said.

“This was the worst scenario for the development of our relationship.

Of course, this would significantly undermine the spirit of Geneva, and even those modest hopes for the restoration of some kind of substantive dialogue that appeared after Geneva, ”added the presidential press secretary.

In turn, Deputy Speaker of the Federation Council Konstantin Kosachev stated that such unilateral sanctions can be considered a weapon, since they are adopted within the framework of the defense budget.

“Sanctions have finally become a“ tax on sovereignty ”today.

This is, in fact, a price to pay for the opportunity to pursue an independent policy.

And their main function is not to punish the country, which is being flogged for a show, but to intimidate those who hesitate: are you thinking about how to behave in a given situation, how to vote in the UN or from whom to buy weapons, for example?

Here's the price of freedom, see the example of Russia, ”Kosachev wrote on Facebook.

He added that the inclusion in the sanctions lists of the top leaders of another state, including the head of the Cabinet and members of the government, is "diplomatic bad manners", especially against the background of attempts to start negotiations on a whole range of problems affecting many countries.

The US lower house of Congress approved the country's defense budget for fiscal 2022 on the night of September 24.

The House of Representatives approved the National Defense Bill as well as all six Anti-Kleptocracy Bills.

Among them is the caucus bill against corruption and kleptocracy abroad (among others, Congressmen Tom Malinowski and John Curtis worked on it), listing 35 human rights violators and kleptocrats from Navalny's list and obliging the administration to consider imposing sanctions against them, "wrote in his Twitter congressman and member of the US Helsinki Commission Paul Massaro.

The bill will now be reviewed by the Senate.

According to The Hill, this is expected to happen in October.

If approved, the document will go to the American president for signature.

The draft defense budget includes a number of anti-Russian amendments.

In particular, it provides for the possible introduction of personal sanctions against 35 Russian politicians, businessmen and media representatives allegedly involved in "human rights violations."

“No later than 180 days after the effective date of this Act, the President shall submit to the appropriate congressional committees a statement, including a detailed justification, as to whether any person listed in subsection b) meets the criteria for imposing sanctions under Section 1263 b) The Global Magnitsky Act, ”reads the text of the amendment.

The list also includes the editor-in-chief of RT Margarita Simonyan, the general director of Channel One Konstantin Ernst, journalist Vladimir Solovyov, a number of large businessmen and representatives of the banking sector.

Without sanctions in our time, it is already somehow even indecent for a decent person.

Moreover, such a great company.

I invite my colleagues to celebrate this international recognition of services to the Motherland together, ”Simonyan said, commenting on her inclusion in the list.

Recall that at the end of January, CNN reported that the Anti-Corruption Foundation * called on US President Joe Biden to impose sanctions against 35 people, including against "eight high-ranking Russians close to President Vladimir Putin."

"The USA is a very cumbersome, inertial mechanism"

According to political scientist Yuri Svetov, the amendments made to the US defense budget, which have a clear anti-Russian orientation, are conditioned by the current agenda in Washington.

“Soon 2022, midterm elections to congress, respectively, congressmen need to be reminded of themselves.

As always, the pre-election campaign dictates the agenda.

I would completely agree with the position of Dmitry Peskov, who said that many people work in the committees of the Congress who hate Russia fiercely.

I think this is for many years to come, "the interlocutor of RT emphasized.

In turn, Grigory Yarygin, Associate Professor of the Department of American Studies at St. Petersburg State University, noted that anti-Russian hysteria continues in the United States, which can only be replaced by agreements at the highest level.

“This is not an exacerbation, this is ongoing pressure and a threat that has not disappeared. The line that was implemented under Trump will continue under this administration, and, most likely, under the next. The USA is not only the president, the USA is a very cumbersome, inertial mechanism. We must prepare for the fact that for a very long period of time they will not deviate from the path of sanctions pressure and influence on Russia ... Only fundamental agreements can stop it or correct it, perhaps at the level of heads of state, if other institutions in the United States allow the president to be mobile and change this policy towards Russia, ”he said.