"Overcoming neutrality": why Sweden decided to enter into a military alliance with Norway and Denmark

Sweden, Denmark and Norway intend to sign an agreement on military cooperation to counter security challenges in the Baltic region. According to Swedish Defense Minister Peter Hultkvist, the potential threat allegedly comes from Russia, which is "ready to use its military power to achieve political goals and objectives." Experts believe that Stockholm is trying to attract the attention of the United States as a player in the Arctic region, while balancing on the brink of its neutrality and actually moving closer to NATO. 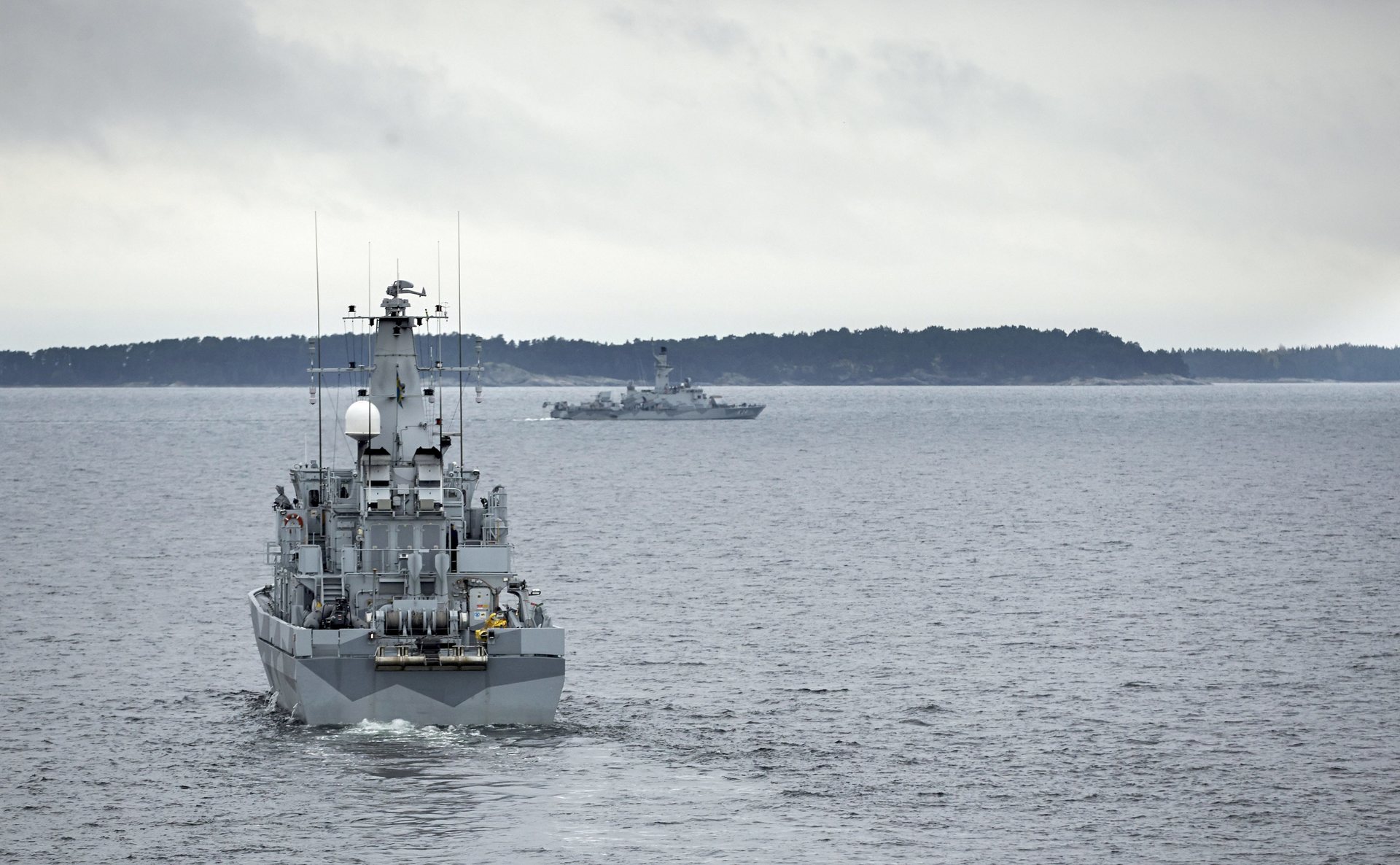 Sweden, Denmark and Norway intend to conclude a military cooperation agreement to counter security threats in the Baltic region.

This statement was made by the Minister of Defense of Sweden Peter Hultkvist.

According to him, the countries are worried about the worsening situation in the Øresund Strait and in the North Sea, and are also concerned about the military exercises being conducted by Russia.

“Of course, (military exercises of the Russian Federation. -

) affect (the security of the region. -

Russia is ready to use its military power to achieve political goals and objectives, ”Hultqvist said on the Swedish TV4 channel.

He noted the need to form a similar alliance of the Scandinavian states to build capacity "in order to raise the threshold for various crises."

“In the event of a crisis, we will be able to act faster, or, which is also possible, if a potential adversary sees what we have and what we are doing, he will decide to abandon the implementation of negative plans against us,” the Swedish minister expressed confidence.

In pursuit of the "Russian threat"

This is not the first time Peter Hultqvist has made such a statement.

In May, at the spring online session of the NATO Parliamentary Assembly, he said: “Russia is ready to use military power to achieve political goals.

They do what they need in a certain situation if they cannot solve the problem in another way. "

As an example, he cited the situation with Belarus, which Moscow allegedly exerts pressure in every possible way in order to achieve its goals, resorting to "psychological warfare, personal contacts and various types of threats."

Another example of the demonstration of the military ambitions of the Russian Federation, the minister named the exercises of the Russian troops in the southern and western military districts that took place in the spring.

“After the so-called exercises, we have a more difficult situation than before, because they have more opportunities to act.

Russia thinks strategically, they do what they need in specific situations.

I don’t think there are any special restrictions for this, ”TASS quotes the minister.

Commander-in-Chief of the Armed Forces of Sweden Mikael Buden also spoke about the "Russian aggression" in June.

In an interview with Swedish Radio, he did not even rule out the possibility of an "armed attack" by the Russian Federation, in connection with which he pointed out the need to increase the country's defense budget.

In Russia, they criticized such statements, calling them justification for building up military capabilities.

In particular, the official representative of the Ministry of Foreign Affairs Maria Zakharova then noted that such statements by the Swedish military leadership had become regular.

“We perceive this as a purposeful campaign to inflate to the brink of paranoia phobias in the Swedish society about the Russian military threat.

Apparently, few people in the Stockholm archipelago already believe in the myths about “foreign submarines” that were associated with our country, ”the diplomat said.

“Now the Swedish military needed new far-fetched arguments to justify the continuing, unprecedented, even by the standards of the Cold War, build-up of military budget items in Sweden,” Zakharova said.

At the same time, according to her, Stockholm has been ignoring Moscow's proposals to resume the dialogue on the military line for several years, which was frozen at the initiative of Sweden in 2014.

For example, Russia has repeatedly received proposals to resume contacts between military experts from the Arctic countries, including Sweden.

This, in particular, was said by the Ambassador-at-Large of the Ministry of Foreign Affairs, senior official of the Arctic Council from Russia Nikolai Korchunov.

“We can think about returning to dialogue (in the meetings of the general staffs of the countries of the Arctic region. -

) ... from the level of military experts, analysts, that is, those who assess the risks and threats to the military security of their countries.

Whenever the experts sat down, discussed and thereby would contribute to building confidence in the Arctic region, "Korchunov said, speaking at the VI International Conference" Arctic - 2021 ".

According to Peter Hultqvist, who presented the draft defense strategy, the increase "is the largest investment since the 1950s."

Moscow drew attention to the fact that in this document Russia is mentioned more than a hundred times, "mainly as a potential source of threats to Swedish security."

In this regard, the Foreign Ministry expressed regret over the escalation of tension in the region.

“The far-fetched anti-Russian phobias are not least the result of targeted pressure on Stockholm from outside, primarily from the North Atlantic Alliance, which, according to our estimates, is responsible for whipping up tensions and escalating military activity in the Northern Europe region - until recently one of the most stable the world ", - emphasized Maria Zakharova.

Experts believe that through the conclusion of defense alliances with its neighbors, Sweden is trying to show its independence in decision-making, while trying to maintain neutrality, which, however, has recently raised more and more questions.

“In general, Stockholm is not self-sufficient, because all kinds of materials in the media, which allegedly testify to the potential aggression of Russia, were also broadcast in Norway, which indicates that Sweden has lost its subjectivity.

However, de jure, she does not want to admit this, which is why she is creating such a defense alliance with countries that objectively do not have powerful military potential in the event of a confrontation with Russia, in order to allegedly maintain neutrality, "the deputy director of the Institute for Strategic Studies and RUDN University forecasts, member of the Public Chamber of Russia Nikita Danyuk.

In addition, according to him, certain political circles in the country, which are aimed at strengthening relations with NATO and the United States, are earning points on anti-Russian sentiments.

“On the one hand, Swedish politicians talk about cooperation with Russia, because Sweden, like the Russian Federation, is an Arctic power and, accordingly, they must cooperate in this region.

But at the same time, it is beneficial for certain politicians in Sweden to use anti-Russian rhetoric, because they not only gain political points, but also enlist the support of the United States, ”the expert emphasized.

Danyuk also expressed the opinion that the alliance with the countries - members of the alliance de facto brings Sweden closer to NATO, despite its reluctance to join the bloc.

“Because coordination with these countries, especially in the Baltic Sea and the Arctic region, implies close interaction with the structures of the North Atlantic Alliance,” the analyst added.

At the same time, as previously recognized by experts from the Swedish Defense Research Agency (FOI), in the event of a hypothetical conflict in northern Europe, Russia will have an advantage over NATO countries, since its command structure is “well prepared and tested, as well as the movement and logistics of numerous forces on the territory and near the territory of Russia ". Whereas in the overall defense training of the alliance, there are gaps that represent "weakness in comparison with Russia." In addition, according to the authors of the report, NATO's military policy and doctrine "are burdened with differing views on threats and priorities, as well as unclear roles and responsibilities in solving a number of problems related to issues of war and peace."In Russia, in this regard, the military concept is more developed and provides for a certain response to various spectra of conflicts.

Natalia Eremina, professor of the Department of European Studies at the Faculty of International Relations, St. Petersburg State University, agrees that Stockholm is gradually moving away from the principle of neutrality.

“Of course, the status of a neutral side gives Sweden a certain advantage, including allowing in many cases to stand above conflicts.

At the same time, this neutral status is already being overcome and, apparently, in political terms, Sweden has made a choice in favor of cooperation with NATO, "said the interlocutor of RT.

In addition, the expert suggested that the military activation of Sweden is a reaction to the awakening interest in the Arctic of such major players as the United States, as well as an attempt to declare itself as an independent military unit in order to attract the attention of Washington, which in this region is more counting on to Norway.

“In the Arctic region, the United States is more dominated by Norway in terms of the number of joint exercises and projects related to radar stations.

At the same time, today Norway and Sweden are competing with each other, including who will carry the security agenda and implement it.

After all, these are two leading countries that can play the role of the main partner of the United States in the Arctic, ”summed up Eremina.