Tunisia.. The Labor Union warns against individual rule, Ghannouchi calls for a peaceful struggle and political forces consider the president to have lost legitimacy 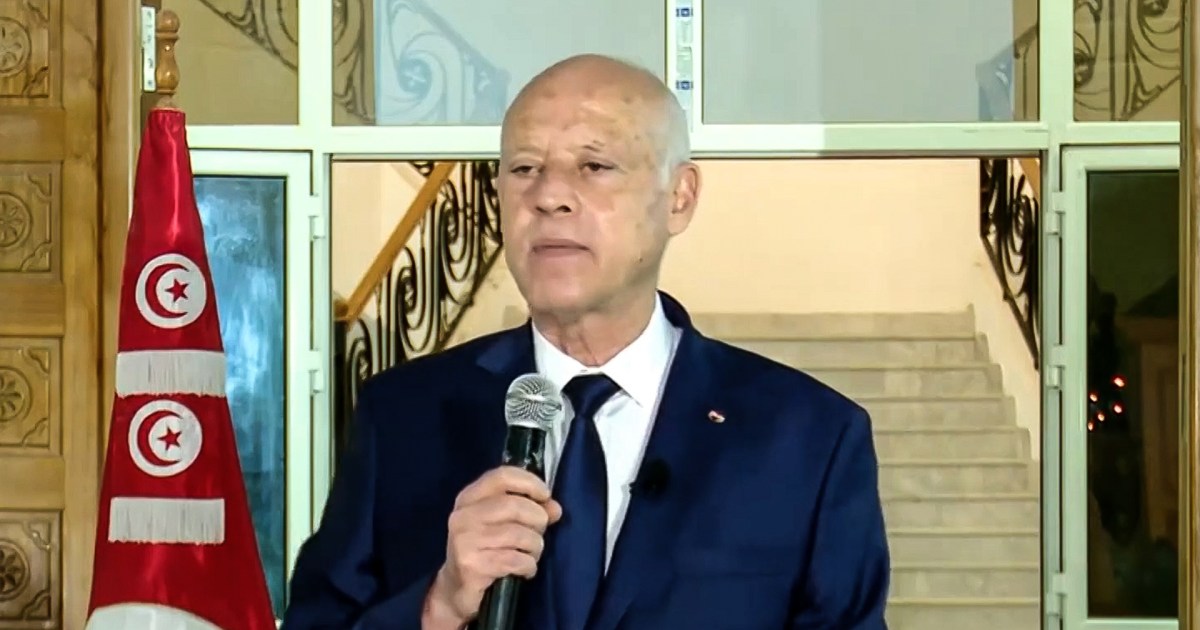 Reactions to the steps announced by Tunisian President Kais Saied to extend the exceptional situation and establish transitional measures dedicate a number of powers in his hands.

After the Tunisian General Labor Union warned against perpetuating absolute autocracy and pushing the country toward the abyss, political parties and forces said that they considered President Said to have lost legitimacy by violating the Tunisian constitution.

As for the Speaker of the Tunisian House of Representatives and the leader of the Ennahda movement, Rached Ghannouchi, he described the decisions issued by the president as a return to absolute autonomy, and said that peaceful struggle is the only option left for Tunisians to restore the constitution and democracy.

Ghannouchi considered - in an interview with Agence France-Presse - that Said's decisions represent a step back, as it is "a return to the 1959 constitution, and a return to absolute individual rule."

He added that there is no room left today but to struggle, "We are a civil movement and our struggle is peaceful."

Ghannouchi's statements came the day after Tunisian President Kais Saied - who announced two months ago the freezing of parliament and the dismissal of Prime Minister Hisham Al-Mashishi and the assumption of authorities in the country - yesterday, Wednesday, issued a presidential order through which he strengthened his powers in the constitution at the expense of the government and Parliament.

He announced the abolition of the constitutionality monitoring body (an independent judiciary), the issuance of legislation by presidential decrees, and the assumption of executive power with the assistance of a government.

Ghannouchi, 80, considered Said's declaration "a complete coup against democracy, against the revolution and against the will of the people, and abolished the most important democratic institutions in the country."

For its part, the Tunisian Labor Union expressed its displeasure and surprise at the decisions issued by President Said yesterday, Wednesday, calling on the president to consult with experts before making decisions and not be satisfied with consulting his friends.

The Union's Assistant Secretary-General, Anouar Ben Kaddour, said that Tunisia is the only country in the world that lives under absolute autocracy.

The union added that Tunisia is heading towards an abyss, and there are fears and doubts about the possibility of not being able to pay salaries.

Party coordination and invitations to demonstrate

Meanwhile, today, Thursday, the Democratic Current, Ettakatol, Afaq Tounes and the Republican Party announced - in a joint statement - the start of coordination between them and the rest of the democratic parties and national organizations.

With the aim of forming a "civil political front" to counter the coup against the constitution.

The four parties considered that President Saeed has "lost his legitimacy by departing from the constitution, and that everything built on this basis is invalid, and does not represent the Tunisian state and its people", bearing him all the possible repercussions of his step.

She stressed that the presidential order is a violation of legitimacy, a coup against the constitution that the President of the Republic swore to protect, and push the country towards the unknown.

The Secretary-General of the Republican Party, Issam al-Shabbi, told Al-Jazeera Net that the joint statement of the four parties was preceded by a meeting with the Secretary-General of the Labor Union, Noureddine Taboubi, with the aim of pushing for the expansion of consultations with the rest of the political and civil forces, to defend democracy and the foundations of the state.

Four other parties (the Republican People's Union, Tunisia's Movement of Will, Wafaa Movement and Popular Will) announced the establishment of the "Democratic Front" to confront what was described as the president's coup against the democratic path and his suspension of the constitution.

These parties considered - in a joint statement - that the president had perjured the constitutional oath, disrupted the constitution, broke the law, and adopted a violent rhetoric that threatens civil peace, and has lost legitimacy, calling for his removal.

These parties urged their supporters and all living forces to come out to demonstrate peacefully and within the framework of the law "to oppose the coup and overthrow its engineers, and put them on trial for what they have done against the country and the people."

In this context, the United Nations called on the Tunisian parties to launch a comprehensive dialogue in line with democratic values, in order to resolve outstanding issues in the country.

Stephane Dujarric, spokesman for Secretary-General Antonio Guterres, said the United Nations continues its commitment to supporting democratic institutions in Tunisia, as well as providing support to these institutions in their response to the Corona pandemic.