The submarine crisis.. France confirms that resolving the crisis with Washington takes time and calls on Europe to end dependence on American protection

The French Foreign Minister said that "the way out of the current submarine crisis between his country and the United States will take time," while the French Minister of Economy and Finance called on Europe to end dependence on American protection. 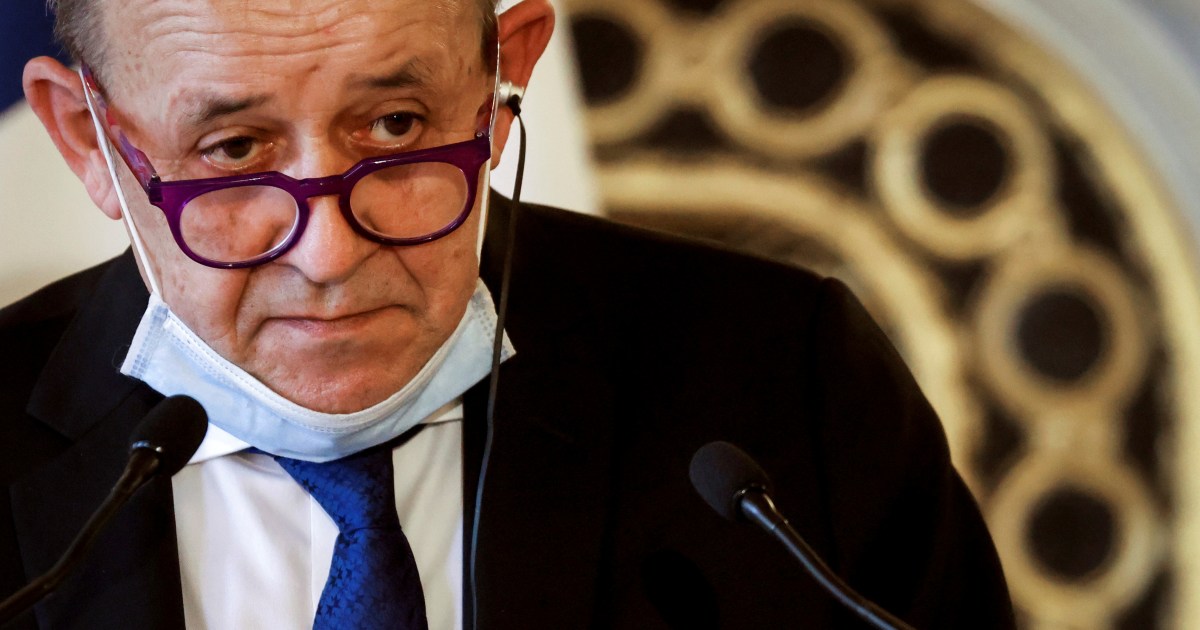 The French Foreign Minister said that "the way out of the current submarine crisis between his country and the United States of America will take time and require actions," while the French Minister of Economy and Finance called on Europe to end reliance on American protection.

Relations between France on the one hand, and the United States and Australia on the other, entered a severe crisis last Thursday, after Australia canceled the purchase of French submarines and compensated them with American nuclear-fueled ones, which Paris described as "betrayal and a stab in the back."

A statement by the French Foreign Ministry said that Foreign Minister Jean-Yves Le Drian assured his American counterpart, Anthony Blinken - during a bilateral meeting on the sidelines of the United Nations General Assembly in New York - that the way out of the crisis between the two countries will take time and will require taking measures.

The statement added that Le Drian had agreed to maintain close contact with Anthony Blinken, in order to restore confidence between the two parties, without further details.

In turn, the US State Department said that "Secretary Anthony Blinken met with his French counterpart Jean-Yves Le Drian today, Thursday, in New York, and they discussed plans for in-depth bilateral consultations, after a diplomatic crisis erupted between Washington and Paris last week over a submarine deal."

Earlier, French Economy and Finance Minister Bruno Le Maire said that "the recent submarine crisis indicates that the European Union cannot rely on the United States for its protection."

The French Minister of Economy was surprised by the statements made by the Danish Prime Minister, who said that the United States will continue to defend and protect the European Union at all costs.

Le Maire added - in a statement to "France Info" radio - that the belief that Washington will continue to protect the Europeans is a big mistake, as he put it.

He went on to say that the submarine crisis and what happened in Afghanistan show that the Europeans can no longer rely on the United States to ensure their strategic protection.

Le Maire stressed that Europe should open its eyes, noting that the United States has one concern, which is to contain the rise of China's power.

"When such a tough decision is made, I think it leaves lasting effects," he said. "I had no illusions about the strategic developments of the United States, they believe that their allies should be obedient."

US President Joe Biden and his French counterpart Emmanuel Macron decided - during a phone call - yesterday, Wednesday, to open in-depth consultations to ensure confidence, after the tension in the relations of the two countries following the submarine deal with Australia.

A White House statement stated that the French President decided to return the French ambassador to Washington next week, and Biden also reiterated the strategic importance of French and European participation in the Indo-Pacific region.

The statement indicated that the two presidents will meet in Europe at the end of next October in order to reach common understandings in the context of the war against terrorism. .

For his part, British Prime Minister Boris Johnson called on France to overcome its anger over the US-Australian submarine deal, while Dominic Raab - British Deputy Prime Minister - stressed the importance of the AUKUS agreement signed with the United States and Australia, in order to achieve his country's vision of strengthening stability in the Indo-Pacific region.

Raab said that the Okus agreement - which led to the cancellation of a deal that France had concluded with Australia to buy French submarines - is "very important to Britain's security", and that it will contribute to "strengthening stability in the Indo-Pacific region", and will enhance London's negotiations to sign free trade agreements, and "It will create a lot of opportunities and jobs."