"For us, the issue of language is an ultra-sensitive issue, the Government must understand it and I have the perception that the Government is aware." Reflection of ... 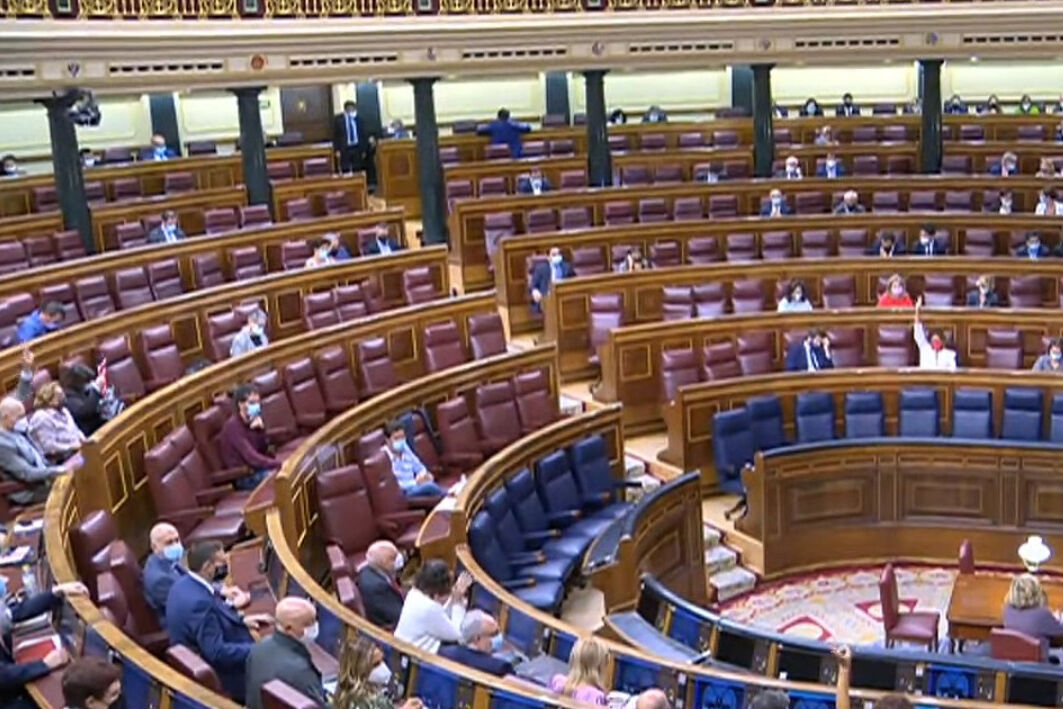 "For us the issue of language is an ultra-sensitive issue, the Government must understand it and I have the perception that the Government is aware." The reflection of Ferran Bel, PDeCAT deputy, summarizes how nationalists are willing to make the language, the increase in the use of Catalan, a

. Not only by demanding that the

so that the obligatory nature of platforms such as

... must produce a minimum quota in Catalan, but also wanting to extend the use of the co-official languages ​​in the

, to the detriment of Castilian. And the PSOE says it is open to studying this possibility.

The linguistic wick has been fanned in the Senate, where the PSOE gave its support to an initiative of the Junts to extend the use of co-official languages ​​to all parliamentary activity (plenary sessions, commissions, registers ...) and not only use them in the debates of motions as before.

Make full use of these languages, subtracting space and quota from Spanish.

This decision would cost almost one million euros in translator services.

After achieving this level, the Catalan nationalists put the focus on Congress.

Both Junts and PDeCAT have verbalized their intention to present an equal initiative in Congress, hand in hand with the Catalan independence parties (ERC and CUP), and also join the PNV, EH Bildu or the BNG.

Faced with this new linguistic challenge, the PSOE does not close the door.

He is willing to study the initiative, after giving his support to an equal in the Senate.

“Obviously what has been approved in the Senate we are willing to evaluate it in Congress.

We will see how it develops here in its parliamentary process, ”

The socialist leader added that his training will move "always within the framework of respect for languages, respecting the constitutional framework."

From United We Can not see this initiative bad either.

It is not the first time that the nationalist formations want to promote from Congress initiatives that subtract quota from Castilian to give it to the co-official languages. At the end of last year, together with United We Can, they registered an initiative that asked the Government to "end the exclusive legal imposition of Spanish in state regulations." The text demanded, among other things, to equate the co-official languages ​​with Castilian so that they "enjoy the same rights and duties" and require officials to learn them so that they "provide services in territories with their own language." Finally, this request did not go ahead because the PSOE rejected it, adding their votes to those of the PP, Vox and Ciudadanos.

Precisely these three formations censure this claim of the nationalists.

"There is an official language here, which is the one we 350 deputies speak," said Cuca Gamarra, PP spokesman.

In his opinion, what the Government has to do is "guarantee the use of Spanish in

Vox is also against subtracting the Spanish quota: "All the co-official languages ​​are very respectable, but the common language, with which we all understand each other, should be the official language," said Iván Espinosa de los Monteros.

For Cs, the PSOE "leaves much to be desired" with regard to the language after supporting that Castilian loses space in the Senate.

SpainUltras camouflaged in a neighborhood association: this is how the organizers of the homophobic Chueca march are